What next for Justin Gaethje?

After a very impressive debut inside the octagon in a fight of the year candidate against Michael Johnson, Justin Gaethje is already looking towards his next fight, screaming ‘who’s next?’ in his post fight interview. Gaethje finished Johnson with just 12 seconds remaining in the second round after a barrage of punches but it was a knee that sealed the deal for The Highlight. In a very back and forth encounter, Gaethje was rocked several times by the hard-hitting Johnson, however he was very resilient as he was the fighter to battle on and get the stoppage. UFC fans will be very excited to see who Gaethje’s next opponent will be and we are going to be looking at 3 possible candidates as to who could be that man. 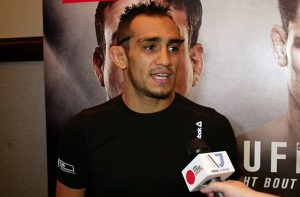 Perhaps the most likely fight to happen is a match-up between Justin Gaethje and #2 rank lightweight, Tony Ferguson for the interim title. That is of course unless #1 rank Khabib Nurmagomedov makes a full recovery from his recent weight cutting problems and makes a return to the division. Gaethje has just finished the only man to have beaten El Cucuy in the promotion so that will give him huge confidence going into this fight. However since that defeat, Ferguson has gone on a 9 fight winning streak and has dominated every man to have stepped into the octagon with him. This fight will certainly excite UFC fans, especially as it will set the winner up for a unification bout with current champion, Conor McGregor. 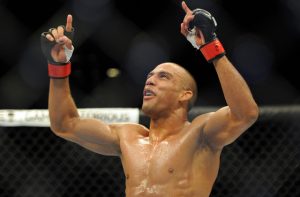 This match-up is a fight fans dream. Both fighters are primarily known for their striking ability and it could very well match Gaethje’s debut. It would certainly be expected that both fighters would be looking for the finish. Barboza is the #4 rank fighter in the lightweight division and is currently on a 3 fight winning streak, most recently stopping Beneil Dariush with a flying knee. However, with that fight taking place 4 months ago, Barboza may want to get back into action a little sooner than Gaethje would be able to, especially considering the damage he took against Johnson. Whether it be their next fight or not, this certainly needs to happen at some point down the line. 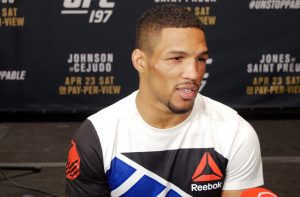 Lee is coming off of a very controversial submission victory over Michael Chiesa and providing a rematch between these two fighters doesn’t happen, a fight between Gaethje and Lee would make a lot of sense. Both fighters have fought very recently and could possibly meet before the turn of the year. Lee poses a very different challenge to Gaethje as the one he faced in Michael Johnson. This could very well be as much of a wrestling match as it would a striking match as both men are very accomplished in that particular art too. The winner of this match-up, should it take place, would almost certainly break into the top 5 of the division and be creeping into the title picture.

Who would you like to see Justin Gaethje fight next?