by Marcus Banks
in UFC
36

The Ultimate Fighting Championship is gearing up for its biggest pay-per-view event of the year so far for the historic July card – UFC 214.

Two of the best light heavyweights will meet once again as Daniel Cormier defends his title against long-term rival and former champion, Jon Jones.

It is the second time they will meet despite being scheduled to rematch on multiple occasions.

The card also features two more title fights as well as a host of huge fights making UFC 214 the best card of the year thus far.

We preview and predict the main card below.

Where do we start with this fight?

Undoubtedly one of the biggest rivalries in UFC history, Jones and Cormier first fought back in January 2015 when ‘Bones’ was the reigning light heavyweight champion and had never been beaten in the octagon.

Jones cruised to a unanimous decision victory, inflicting Cormier’s only loss in his MMA career.

They were scheduled to meet on four separate occasions, most recently at UFC 200 but Jones failed a drug test, and Cormier faced Anderson Silva instead.

With his suspension for a banned substance now completed, finally, these two greats will go head-to-head again.

When Jones was stripped of his belt, Cormier became the champion and defended his belt against Anthony Johnson and Alexander Gustafsson before submitting ‘Rumble’ again at UFC 210.

DC has been eager to avenge his loss against the only man to ever beat him and is confident that he will be a different fighter this time around.

Jones last fought at UFC 197 when he defeated Ovince St. Preux via a unanimous decision but looked a shadow of his former self – potentially suffering from ring rust which could play a factor on Saturday night.

If Jones performs as he did against St. Preux, he will be in real trouble against Cormier, but the 30-year-old believes he is in the best shape of his life and added new tools to his game during his long layoff.

It is an incredibly tough fight to call, but I believe Jones is better than DC in every department. It will be close, but I’m backing Jones to take home a decision victory unless he can get a late finish. 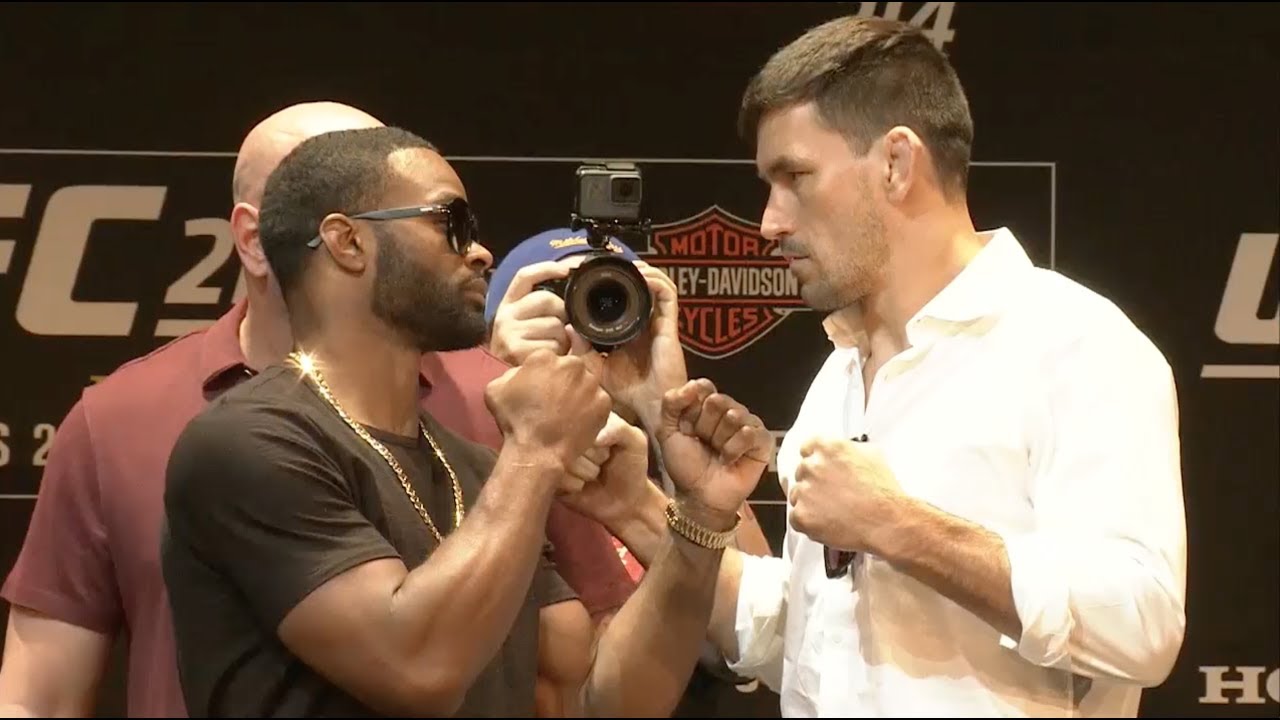 The Brazilian was almost overlooked as Woodley explored the idea of money fights with Conor McGregor, Nick Diaz or Georges St-Pierre.

However, after breaking Jorge Masvidal’s win streak at UFC 211, he couldn’t be denied a title shot any longer.

Woodley will defend his title for the third time after a majority draw and unanimous decision win over Stephen ‘Wonderboy’ Thompson.

He faces one of the most feared BJJ practitioners in Maia, who is currently riding a seven fight win streak, three of which came via rear-naked choke.

‘The Chosen One’ is an excellent wrestler with tremendous power in both hands, he will hold the advantage on the feet.

He has excellent takedown defence meaning Maia will have to rely on his striking to create openings to take the fight to the ground.

But engaging in a striking battle would not end well for Maia, I’m backing Woodley to retain his title via knockout. 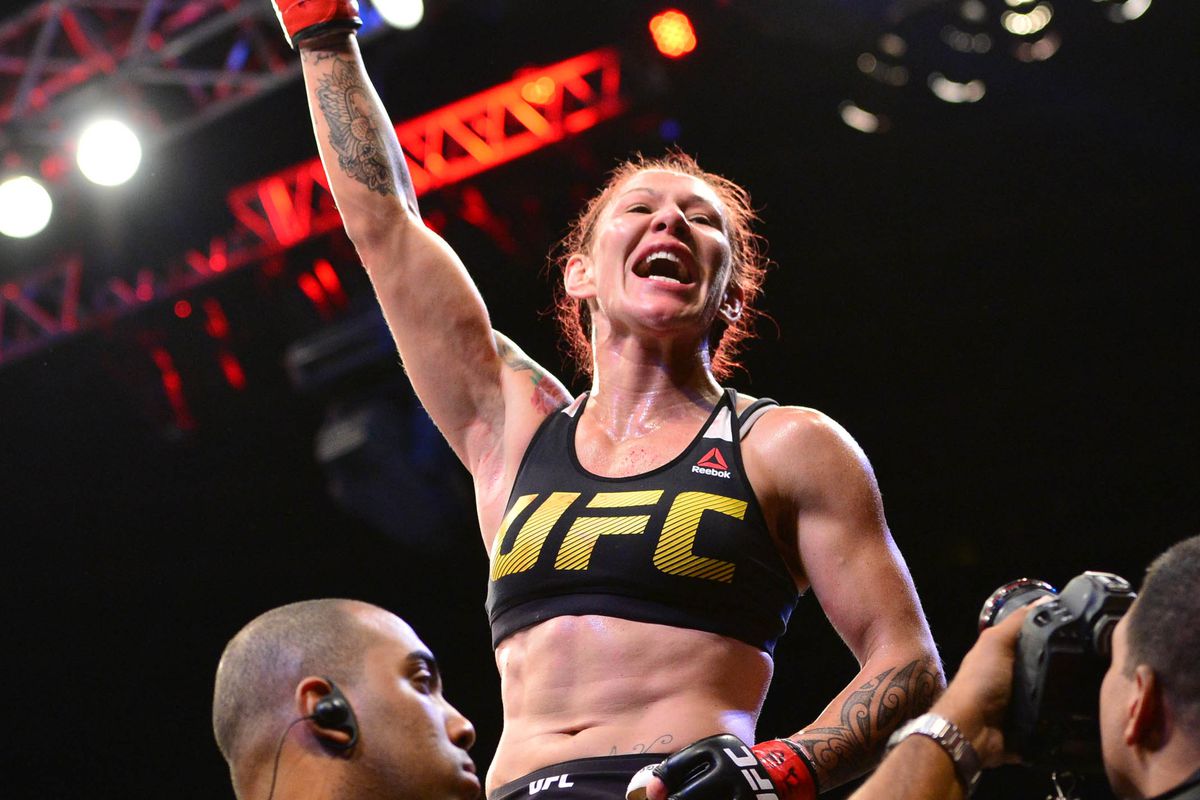 The UFC will finally give Cris Cyborg the chance to win the vacant UFC featherweight title against newcomer, Tonya Evinger.

The Brazilian was forced to fight at a catchweight during her two UFC bouts as she was unable to cut to the bantamweight limit of 135 pounds.

She was victorious via knockout against Leslie Smith and Lina Lansberg before Dana White announced he would open up a women’s featherweight division.

It seemed made for Cyborg, but a failed drug test led to a title fight between Germaine de Randamie and Holly Holm at UFC 208 – de Randamie took home a decision victory to become the UFC’s first 145lb female champion.

The Dutch kickboxer refused to defend her title against Cyborg due to her failed drug test meaning she was stripped of her title.

Invicta’s 145lb champion, Megan Anderson, was scheduled to meet Cyborg at 214 but withdrew citing personal reasons but expressed a willingness to reschedule the bout in the future.

Instead, Invicta’s 135lb champion, Tonya Evinger, makes the jump in weight to debut in the UFC.

She has all the credentials to be in the UFC but has never faced anyone as tough as Cyborg.

The Brazilian has power in both hands and has been sparring with Claressa Shields; a two-time boxing Olympic gold medallist to improve her striking.

Cyborg has a point to prove to the UFC that she can be a huge star for the company but faces the toughest test of her career against Evinger.

Nevertheless, I’m expecting Cyborg to come out quick, look for the finish and find it. Originally slated for UFC 213, the mouth-watering match-up between Robbie Lawler and Donald Cerrone will finally take place in Anaheim, California.

‘Cowboy’ was forced out of the bout with a blood infection but pushed for the fight to be rescheduled.

Lawler fights for the first time since losing his title to Woodley at UFC 201, he was expected to fight Cerrone back at UFC 205 but pulled out of the fight stating he wasn’t ready to return to the octagon.

Cerrone is also coming off a loss against Masvidal, which snapped his four fight win streak at welterweight after fighting just over a month after knocking out Matt Brown at UFC 206.

It is unknown how much the knockout loss to Woodley affected him physically and mentally, especially when you factor in his previous two fights with Carlos Condit and Rory MacDonald where he took a lot of damage.

‘Cowboy’ will be looking to make a huge statement with a win over the former champion to put himself back into title contention – both situations make for an intriguing match-up between two of the division’s elite.

This one is hard to call, but Lawler’s violence and toughness cannot be overlooked meaning I’m backing ‘Ruthless’ to grind out a decision victory and call out Woodley for a rematch.

If the Cormier and Jones fight falls through again, the UFC has a plan B in the form of Jimi Manuwa vs. Volkan Oezdemir.

Cormier was offered to defend his title against Manuwa but instead pushed for the rematch with Jones.

Instead, Manuwa will play the role of understudy in the case of catastrophe and look to stamp his title credentials with a win over Oezdemir.

‘Posterboy’ responded to his knockout loss to ‘Rumble’ with back-to-back knockouts of St. Preux and most recently Corey Anderson.

He will face an extremely tough challenge against the UFC newcomer who picked up wins in his two UFC fights against St. Preux before knocking out Misha Cirkunov at UFC Fight Night 109.

Both men are fantastic strikers, and this fight is unlikely to go to the ground or last all three rounds.

Oezdemir is stiff competition for the Brit, but I’m expecting him to continue his win streak and emerge as the number one contender in the light heavyweight division.

Leave your predictions for UFC 214 in the comments below!