Daniel Cormier rematched Jon Jones for the UFC light heavyweight title at the main event of UFC 214. Unfortunately for DC he was on the receiving end of a brutal headkick and a follow up beating which in the mind of UFC president Dana White could of been stopped way sooner!

After the fight, veteran commentator and fight analyst, Joe Rogan stepped in the cage and Interviewed The former champion minutes after he was knocked out.

Cormier was later diagnosed with a concussion but in a stable condition.

"My apologies to D.C. And to everyone else upset at me for interviewing him after the fight. In all honestly I was kind of in shock and I don't think I realized what I was doing until I had a mic in my hand and I was talking to him.
I've said that I don't want to interview fighters after they've been KO'ed and then I did it to someone that I care a great deal about. It was 100% my fuck up and no one pressured me to do it.

I posted a series of tweets about it on twitter but I know some of you folks only use instagram or Facebook so I thought the right thing to do is post it here as well.

I was beating myself up about it all night, and whenever something like that happens it's always my sincere intention to apologize and express my honest feelings. 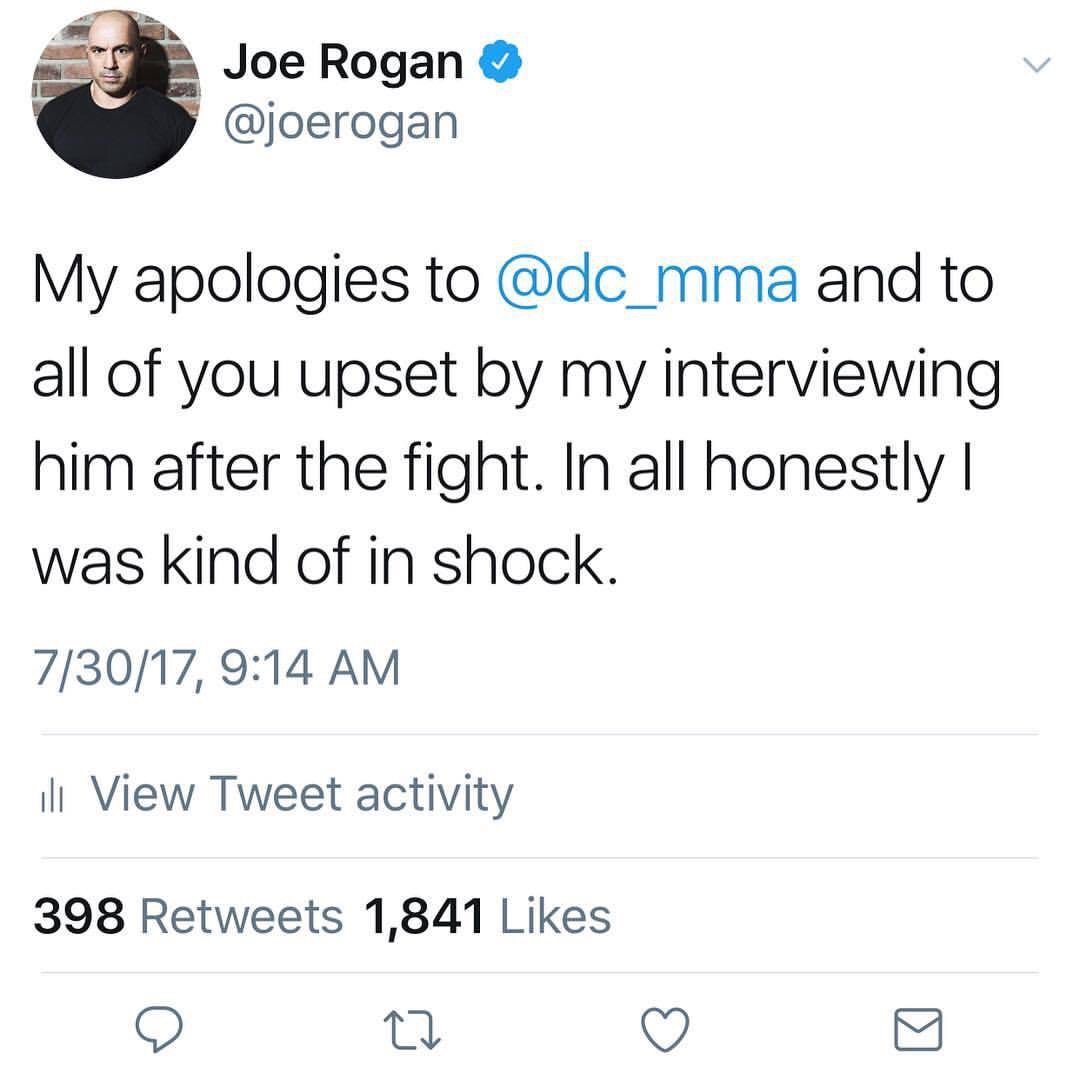 Aaron Aby has been fighting his whole life - MMAUK interview