Northern Ireland is slowly but surely putting itself on the MMA map thanks to stars like Norman Parke and others garnering national attention. In today’s episode of Across The Pond, you will meet a European fan favourite whose blistering pace and zen-like demeanor under pressure makes him no stranger to the bright lights on some of Europe’s biggest stages. A professional since February 2011 and representing Next Generation Northern Ireland under Rodney Moore, Andy Young owns a 11-8 record in nineteen career bouts consisting of six decisions, two knockouts and three submissions. Andy has fought in various promotions across Europe including Cage Warriors, Full Contact Contender and BAMMA. 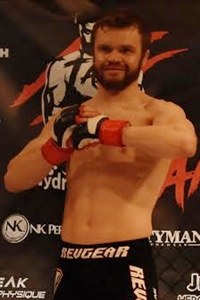 When it comes to dream venues in Europe, what would your ideal one to fight in and why?

The bigger the better, it’s one amazing feeling walking out to perform in front of such huge audiences, you feel the energy and electricity in the air. I’d love to fight in my hometown in Belfast at Windsor Park, as a football stadium holds 20, 000 people and I know the fans at home would make it sound like 100, 000. If not that then they could open the Colosseum in Rome, compete in there, be like the old gladiator days..

What inspired you to take up MMA as a profession?

Being a martial artist has been my identity and my lifestyle since I could walk, starting martial arts when I was 5 years old doing traditional Japanese ju jitsu and progressed through a number of styles in my teenage years, when the opportunity came to combine them together and test my skills and self in the ultimate form of competition, it was an easy decision to make. I don’t do things half -hearted, with the passion I have for the sport, to pursue it for a career was inevitable.

What has been  the most valuable moment of your career so far?

To win the BAMMA world flyweight title in front of my hometown crowd back in February, finishing a very dangerous opponent and lifting the belt to the arena, was a hard feeling to beat. I had my whole family there and it was a very proud moment for me to get that title win in front of them. It marked a real change to show my legitimacy and everyone sees that I’m serious about this sport, and being the very best in the world.

What inspired your nickname ”Taz”?

I had my first competition in the world sport ju jitsu championships in Jersey in 2007, my first fight I was described as a real whirlwind, ferocious, fast and aggressive, my team mate Danny Corr, gave me the name, which he also carried himself. It has stuck since then. Also if you ever train with me, I’ve been told I sound like the Taz cartoon character…

As a veteran of the sport yourself, do you have any advice for guys who aspire to take up MMA as a profession?

Be a sponge, let go of ego and open up to learning, it’s a process where you hinder and slow your own development down when you cant accept advice and being bettered here and there in training, you must be able to overcome the proverbial and literal knock downs in training. Be persistent, and always keep your focus on giving your best performance, rather than just the win.

You have fought on some pretty big stages in Europe, what is the biggest lesson you have learned from those experiences?

I learnt to be grateful, to really absorb the experience and life I get to live. Fighting in Kazakhstan I walked out to a massive huge sold out arena, the stage had lasers and professional dancers, I laughed to myself at just how crazy it is that I get to do this for a living. To have the health and ability to pursue my passion, traveling the world made me feel really thankful and grateful, it’s something that can be taken away very easily, by injury for example, so I must embrace it to its fullest.

I missed the net when swinging on one of the obstacles on the first season of Ninja Warrior U.k. and had an epic face plant into the water…swings are now my enemy.