by Lewis Smith
in UFC
8

After being publicly humiliated by Conor McGregor on Twitter, Pauline Malignaggi has finally opened up about his time sparring with the Notorious one ahead of his bout with Floyd Mayweather.

So what did the former world champion make of McGregor inside the ring, and how did he react the leaked photos that followed the session? 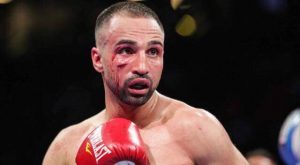 Needless to say he was not too impressed on either front.

“It was so private that you had to leave your phone in a box so nobody could sneak pictures or record. It was so tight, yet he had some dignitaries come in on this day. He hung tough the first five rounds. He came out sharper, with more of a purpose. He hung tough for the first rounds, he even landed a couple of good shots, but I was starting to take over.” 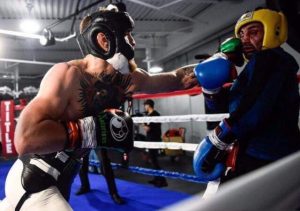 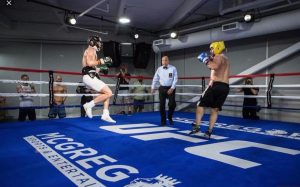 “McGregor stopped talking because he wanted to save as much energy as he could,” he said. “He stopped throwing as many punches. He caught some nice ones for the first five rounds. The nice ones he caught were the whole time when I was talking. “After seven, which was one of his worst rounds, he sits there and he tells me, ‘7-0 to me’. I started to take it to him right after that. I told him, ‘you don’t get no breaks here’, and I started to hit him with more body shots. I said, ‘take those, they don’t feel good’ and I could hear him whimper off the body shots, too.”

Paulie went on to explain exactly what happened just moments after the 12 round sparring session came to a close.

“In the dressing room I passed by Conor and he said ‘good work’ and I said ‘yeah, good work Conor.’ I thought we had buried the hatchet and I was thinking that maybe I didn’t need to be so on-edge in the camp anymore. I was hoping that because I had came with those intentions.”

“Then I said, ‘Conor, do me a favor, bro. No more of these crazy pictures,’ I told Conor that it becomes very hard for me to not disclose the NDA (non disclosure agreement) that I have when you’re putting up pictures of me.”

“I had this conversation with Conor after the second sparring in the dressing room and this is probably when I realized what a dickhead this guy is because at that moment we had just done 12 hard rounds and there’s a respect that I’m feeling, at least.” 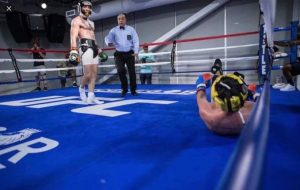 “At this stage I’m waiting for Ashton Kutcher to walk into the dressing rooms and tell me I got Punk’d. I thought it was a joke. I thought there was no way this guy is that much of an asshole.”

Malignaggi will be a major part of the commentary team that broadcasts the Floyd Mayweather, Conor McGregor super fight on August 26th.