by Myles Painter
in Across The Pond, Cage Warriors
34

On September 16, Cage Warriors 86 will host a Bantamweight title duel in addition to a slew of international talent. In today’s episode of Across The Pond, you will meet a submission specialist whose deadly ground arsenal poses an intimidating threat to the Cage Warriors Bantamweight division. A professional since November 2014 and representing The MMA Clinic, Darren O’ Gorman owns a 5-2 record in seven career bouts with all five of his victories coming via submission. 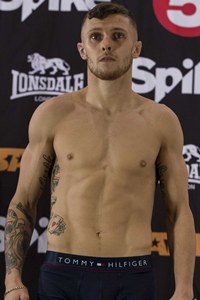