by Lewis Smith
in Cage Warriors
18

Jason ‘Grasshopper’ Jenkins is set to make his cage Warriors debut when he faces Bellator veteran Salih Kulucan, on the promotion’s return to Newport this October – but how has the Welsh Bantamweight been preparing for his toughest match to date? 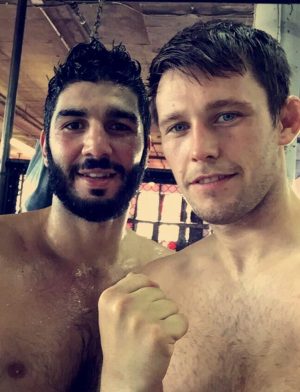 “It’s going to be next level, but I think I’m ready for it,” said Jenkins in a recent interview with MMA UK.

The 28 year old has every right to be confident after an impressive submission victory over Brad Evans, at Adrenaline Fight Night in Swansea earlier this year. In the fight, Jenkins was able to showcase his tricky ground game early on, catching Evans with a triangle choke just moments after being taken down in the first round.

Not bad after a two and a half year layoff with a torn ACL- but how does the Ebbw Vale native feel about this step up in competition inside Europe’s top organisation?

“It’s a big step up but I’m feeling confident,” said Jenkins. “I’ve got a great bunch of guys behind me in the gym, the likes of Jack Shore and Josh Reed. There’s some killers in that gym. Even a few names people haven’t seen, as well as guys like Kris Edwards and Martin McDonough coming back on the scene. So I think I’m at the best place to be training.” 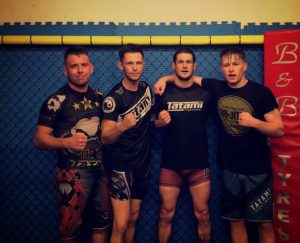 With a professional record of 3-1 you could be mistaken in thinking the ‘Grasshopper’ is relatively new to the game, but don’t be fooled. Jenkins has a wealth of amateur experience to draw upon, as well as world class training under head coach Richard Shore and the team at Tillery Combat.

“Preparation for this fight will be amazing, it’s going to be the best I’ve been. I’m going to go out and do my stuff. I would like to strike a bit more this time, but if it ends up on the ground I’m confident there as well.”

The proud Welshman will also make his third trip over to Canada this Autumn, to train at the world renowned Tri-star gym, in the build up to his fight with Kulucan.

Jason Jenkins vs Salih Kulucan features on the undercard of Cage Warriors 87, on October 14th at the Newport Centre.