On November 10 at BAMMA 32, Lightweight champion Tim Barnett will make his second defence of the BAMMA Lightweight title when he faces Irish submission specialist Richie Smullen. A professional since February 2016 and representing The MMA Academy Liverpool, Tim owns a 5-0 record consisting of four knockouts and one submission. 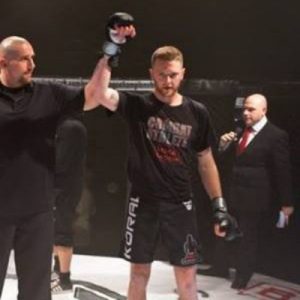 In his BAMMA debut at BAMMA 28, Tim defeated Rhys McKee via TKO in the first round to capture the BAMMA Lightweight title. In his inaugural defence at BAMMA 29 he defeated Mario Saeed via knockout in round one. In Richie Smullen, Tim is facing a grappling specialist who holds a 3-0-1 record consisting of two submissions and one knockout. Richie is coming off an exciting three round war with Rhys McKee at BAMMA 30 in July 2017.