On September 23, the Russian promotion ACB will return to European soil for the fourth time. In today’s episode of Across The Pond, you will meet a python-like fighter looking to continue his snake-like climb up England’s Flyweight ranks. A professional since April 2016 and representing Aspire Combat Sports Academy under the leadership of Dean Garnett, Aaron Robinson owns a 2-0 record with both of his victories coming via submission. 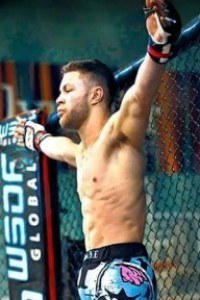 In his MMA debut at ICE FC 13, Aaron submitted France’s Khalid Ahmed via toe hold in the first round. At ACB 65 he submitted Adam Caffrey in the first round via rear naked choke. At ACB 70 on September 23, Aaron will face Cheya Saleem in a Flyweight battle. Good luck Aaron!

Eduard Folayang to face Martin Nguyen at ONE: LEGENDS OF THE WORLD in Manila