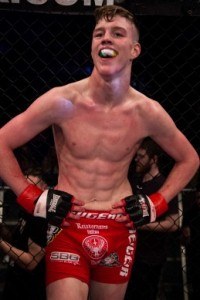 On November 10 at BAMMA 32 in Dublin, Dylan Tuke will return to the BAMMA cage against fellow prospect David Khalsa. A professional since September 2015 and representing SBG Ireland, Dylan owns a 3-1 record in four career bouts consisting of two submissions and one knockout.

In his MMA debut at BAMMA 22 in Dublin, Dylan submitted Adam Caffrey via rear naked choke in the first round. Then he defeated Mark Andrew via TKO in the first round at BAMMA 24. At Shinobi War 8, Dylan submitted Adam Ventre via rear naked choke in the second round. In David Khalsa, Dylan is facing a man with a 2-0 record consisting of one submission and one decision. David is coming off a split decision victory over Charlie Howard at BAMMA 31 in September 2017.