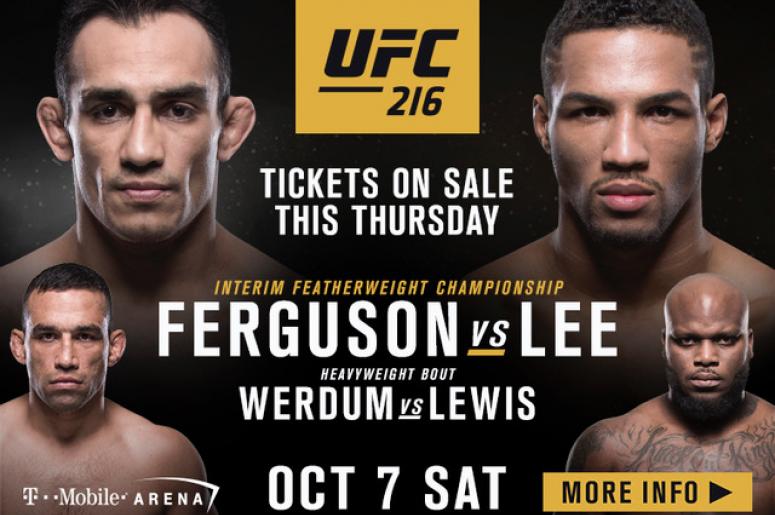 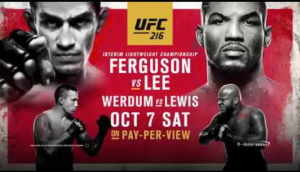 In a weekend packed full of fights, be it in boxing or MMA, UFC 216 stands out in the MMA world

In the meantime the UFC have seen fit to award someone another, in my opinion, pointless Interim Title

This weekend Ferguson and Lee clash for the Interim Lightweight Title and hopefully then, the winner gets a crack at Conor McGregor

Forget the Interim tag, this is a fight of the highest order and utmost importance

Tony Ferguson is unpredictable, which is a great strength but also a potential weakness. That unpredictable style leads to mistakes, as we have seen in the past and one mistake against Lee could be his undoing

While Ferguson is no slouch on the ground, he will surely want to keep it standing, Lee one would think would want it on the ground.

But rarely are fights that simplistic, especially at this level and more so when the likes of Ferguson and Lee are plying their trade

Lee is talented and could be something really special but the opportunity might just be too soon for him. The Ferguson fight will tell us if he is still a work in progress and indeed just how good he really is

Ferguson is the fighter who has fought the better quality of opposition. The fists of Ferguson might well have convinced Rafael Dos Anjos to move to Welterweight just as much as the weight cut did

One of these two fighters could very well be a potential Superstar, whoever wins Conor McGregor has a real fight on his hands if The Notorious One does indeed return and fight the winner

McGregor has many options and Nate Diaz appears to be at the front of the queue. But if Ferguson or Lee really show that extra something and then the now obligatory required microphone skills as well, they may very well fight and maybe more importantly talk their way into the match every fighter around the Lightweight limit wants

While both seemingly have unlimited potential there is still considerable doubt around each fighter, but we just know a little more about Ferguson, that tips the fight just ever so slightly in his favour

Kevin Lee is more than capable of winning, and his day will surely come, but I don’t believe that day will be at UFC 216, more so after his struggles to make the Lightweight limit

Ferguson via 3rd round stoppage