The Curious Case of Nate Diaz

by Mark Baldwin
in UFC
52

While the MMA world waits for the next move of Conor McGregor, the debate goes on, on who he should face next if he does indeed return to the UFC.

I have already posted an article saying that man should be the new Interim Lightweight Champion Tony Ferguson, but there are many who want him to face Nate Diaz to complete their trilogy.

However I think we need to examine the curious case of Diaz to see if he truly warrants a shot at UFC Lightweight Gold. 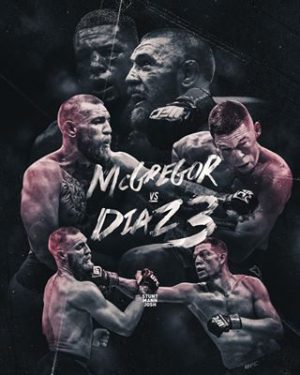 I know there are circumstances but surely to be ranked at a certain weight you need to fight at that weight, Diaz hasn’t done that for nearly two years.

Also to be ranked, isn’t it reasonable that you must be active, Diaz hasn’t fought in over a year, surely inactivity in over a year warrants removal from the rankings.

Diaz of course caused the seismic upset when he became the first man to defeat Conor McGregor in a UFC cage, but his record since he failed in a previous tilt at the UFC Lightweight Title against Benson Henderson is pretty average at best.

Including the Henderson bout he has fought 7 times and lost 4 of them. Diaz has lost to Henderson, Josh Thompson, Rafael Dos Anjos and of course McGregor.

Nate Diaz is one popular fighter, a needle mover even, but given his recent record and maybe more importantly his inactivity not a worthy of a shot at the UFC Lightweight Title at this moment in time.

If McGregor does fight and lose to Ferguson which is more than possible, then without a title on the line then yes make the match with Diaz.

If Diaz returns and beats a top ranked Lightweight and McGregor does face and beat Ferguson then a match between McGregor and Diaz is justified, but right now, not for me.