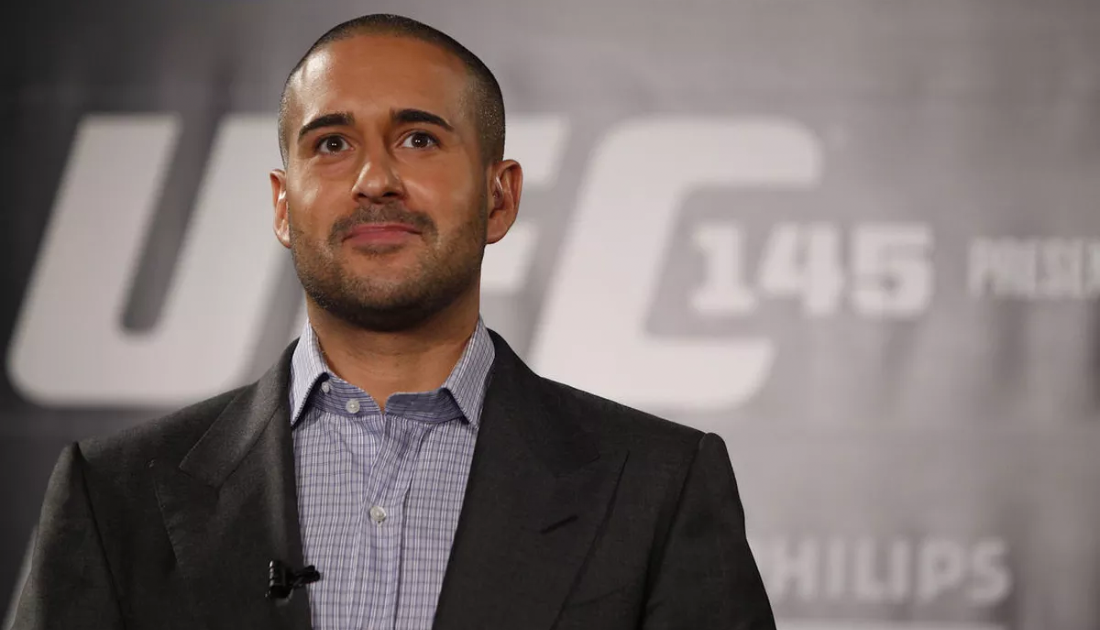 Jon Anik previously with ESPN, where he fronted MMA Live, joined the UFC in 2011 and is now the UFC’s lead play by play announcer. I previously interviewed Jon around a year ago, Jon has kindly given up his time to give me a second exclusive interview.

MMAUK: Are there any potential Superstars going under the radar who could go to the next level in 2018?

Jon: The sport of mixed martial arts continues to attract talented fighters from all pockets of the world. A lot of people worried about this after the Liddell-Couture-Ortiz era, and fighters like Conor McGregor, Ronda Rousey, and Jon Jones emerged. So I always think superstars will surface, even when you least expect it. A few names I have my eye on in 2018 that could take that requisite next step are ‘Platinum’ Mike Perry, Darren Till, following his big win over Donald Cerrone, and Rose Namajunas could really break out if she can beat Joanna Jedrzejczyk. I also think guys like Kamaru Usman, Justin Gaethje, and Paul Felder have a good chance to raise their respective profiles.

MMAUK: What did you think of the whole Mayweather v McGregor show?

Jon: It was OK. I’m happy for Floyd Mayweather to get to 50-0. He has actually been pretty underrated historically by boxing experts, so this was a loss he could ill afford. I thought Conor McGregor fared pretty well in getting to a 10th round, but more important than that, he raised his profile exponentially and his next UFC fight will be a record-breaker, against any opponent. Here’s hoping he tables the boxing pursuits for the time being and tries instead to defend his UFC lightweight title for the first time.

MMAUK: Despite his immense talents my worry for Conor is because he has other commitments now, he his taking his eye off the ball with MMA. Not spending enough time training MMA will be his downfall I fear?

Jon: I’ve heard some of that, but Conor McGregor is not the type of professional athlete I worry about. Even though endurance has not been a strong suit, this is still a supremely conditioned and focused prizefighter. Were he to have a downfall, I think it would be much more a by-product of the quality of his opposition. 155 pounds is a shark tank in the UFC and there are a lot of very tough matchups for him in the Top 10, even beyond the interim champion Tony Ferguson. So, the level of competition, I believe, would be more of a factor than McGregor taking his eye off the ball.

MMAUK: Do you think Ronda is finished with MMA, what do you think led to her demise, not evolving with the sport maybe?

Jon: I think Ronda is done fighting in the UFC. Perhaps she would get the itch and the hunger back several years down the line, and emerge for one more big fight and the accompanying payday. But right now, I think she is far more focused on her new husband, Travis Browne, her new website, and the possibility of having children. I also think she’ll find her way to the WWE ring at some point in time. She has tremendous value and the world is her oyster. I’m just happy to see her seemingly so happy. All of that said, she did not evolve in the manner in which a lot of us expected she would. So perhaps, were she to return to MMA, she would align herself with a big camp and try to become a more well-rounded mixed martial artist. But there are still several winnable fights in the top 10 for her right now.

MMAUK: Weight cutting for me is a potential killer, what do you think can be done to lessen the issue?

Jon: It’s just one of the inconvenient truths of combat sports. I think the only solution is what the California State Athletic Commission has done, by weighing fighters several weeks out from the fight to make sure they are within range. Even if we were to add more weight classes, that will not prevent guys from cutting weight to gain an advantage. It’s tricky. Some fighters, like Tony Ferguson, can walk around 40+ lbs. above their fighting weight and still make the weight without issue. So, do we penalize Tony because other fighters aren’t as mentally tough or don’t take their craft as seriously? It’s a good debate and one that is not going away anytime soon. But in terms of solutions, unfortunately, unless you just prevent fighters from cutting any weight during fight week and make them fight at their natural weight, I’m not sure what the answer is. It’s a real problem and I fear for the worst.

MMAUK: Demetrious Johnson probably the greatest MMA fighter ever, but can’t he get over with the fans, why?

Jon: Well I think a lot of fans just don’t like watching the smaller fighters, but I can’t really wrap my head around why DJ is not a bigger star. He has an infectious way about him outside the Octagon and his work in competition speaks for itself. I’d like to see him featured in the co-main event on the next Conor McGregor pay-per-view. I think that would be the best way to expose him to the masses and to really let his skills shine on our biggest stage. He has headlined on FOX several times, with a lot of eyeballs on him, but for one reason or another, he hasn’t consistently resonated with fans. Maybe he should just start being a dick! Works for many! I love DJ and am thrilled he was able to achieve a record that he prioritized to a great extent.

MMAUK: Other than Fedor and maybe Gina Carrano which other fighters do you think are Dana’s biggest regret in never getting to fight in a UFC cage?

Jon: Dana White is not one for regret, so I don’t think he ever lost much sleep over not signing Fedor Emelianenko or Gina Carano. I’m disappointed Polish middleweight Mamed Khalidov never came to the UFC. He has been a top 185-pounder forever. I’m also holding out hope that Michael Chandler will eventually come to the UFC. That kid has it all.

MMAUK: Can you remember your first ever MMA moment?

Jon: I covered the EliteXC debut show in Tunica, Mississippi in 2007. Gina Carano fought Julie Kedzie. Renzo Gracie beat Frank Shamrock by DQ in the main event. There were a ton of big names on that card, and I’ve been hooked pretty much ever since.

MMAUK: What one thing would you change in MMA?

Jon: I would certainly effort to have fighters compete closer to their natural weight. I also would explore tightening up the UFC roster and doing fewer shows. With 40+ shows and 600+ fighters on the roster, sometimes one show just flows into the next and there is no time to appreciate what has happened. UFC 217 is our biggest PPV of 2017, but in the five weeks that follow, we have six shows. I think if there was more time for fans to catch their collective breath and more time to anticipate the next show, the ratings would reflect that anticipation.

MMAUK: Jon, thank you so much for giving some of your valuable time again.