by Kayla Baity
in MMA News
32

A new division is on the rise in the MMA Women’s Flyweights. But there are a few ladies that have been putting in work in the meantime. Three in particular… 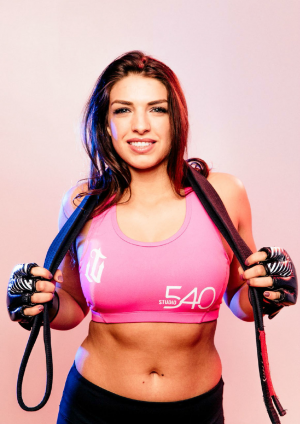 Mackenzie Dern born and raised in the Jiu-Jitsu world has been on the radar after winning World Championships, ranking No.1 in IBJJF and voicing an interest in the MMA scene.Locking in her first win at Legacy58; July 2016 Dern has a 4-0 record including an impressive Imanari submission. Despite the UFC and Bellator adding their Flyweight divisions, Mackenzie announced this week her next bout will be under Invicta FC. Is Dern waiting on the UFC’s division to play out before she jumps in with seasoned veterans like Paige Vanzant or Joanna Jedrzejczyk?Many look to Invicta for the next rising stars in Women’s MMA.Regardless, Mackenzie is young with major BJJ skills and a growing fan base capable of Champion star power. 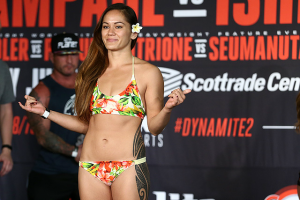 Ilima-Lei Macfarlane is the Bellator Women’s Flyweight Champion. When Scott Coker was asked who would compete for the Inaugural belt it was a crystal clear choice. Ilima debuted in the promotion with a perfect 5-0 amateur record following with another 6 straight decorated wins. She has been chosen to be the face of their new division and plans to stay to reign under the Bellator banner where she feels the love. She is one of a few successful Hawaiian fighters making statements this year but Ilima has been around for some time building interest in this Women’s division.

No date is set for the trailblazer’s first title defense. 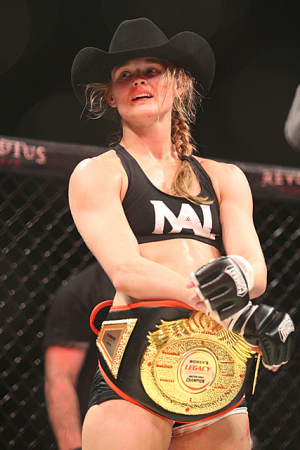 Andrea Lee also a Flyweight Champion, two-time for LFC now LFA has been an active pro since 2014. With notable fights against fellow Invicta FC contenders and building the women’s division popularity at LFA no wonder, KGB has the attention of a certain promotion. She almost made her UFC debut this year but was stopped in her tracks by USADA. Currently, in the testing pool (6 months) she’ll make her debut once the division starts kicking off.Lee no doubt has Champion skill and a fan following so it will be interesting to see who welcomes her to the big stage of the UFC octagon.

Then we have The Ultimate Fighter Season 26. A show built to find the inaugural women’s UFC Flyweight Champ to kick off their division. With the potential shown on this season from the ladies who have been in the MMA scene for some time, 2018 will be a competitive and exciting year for Women’s Flyweights.