What Could Be Next For The Winners at UFC St Louis?

For the first Time, the UFC went to St Louis, Missouri and the card did not disappoint. Knockouts, submissions and close decisions all played a part in this card so there was something for everyone. Let’s take a look at what could be next for the winners of UFC St Louis.

Mads Burnell made his second appearance for the UFC. After losing his first fight to Michel Prazeres back in September Burnell decided a different weight class could be the answer for him. The 23-year-old faced Mike Santiago in the featherweight division. In the first round Santiago seemed to be the more dominant fighter, but in rounds two and three Burnell was able to dictate where the fight took place and imposed his will upon Santiago on the floor. Denmark’s Burnell had done enough to gain the judges vote and got his hand raised. Despite missing weight, he insisted that featherweight was his new home and he planned to fight there in the near future.

JJ Aldrich had a fantastic performance, she had quite a height and reach advantage over her opponent Danielle Taylor. Aldrich was able to ice skate around her opponent and hit Taylor and move out of reach before Taylor could throw any counter shots. With no fighter able to finish the fight it went to the judges and they scored it in the favour of the 25-year-old.

Viviane Pereira could be her next opponent. Both fighters are (2-1) inside the UFC, and with Periera awaiting a fight announcement, and Aldrich coming off this impressive win it would not surprise me if these two women’s paths were to cross.

Jessica Eye’s move to flyweight was proven to be a good move. Having lost 4 fights in a row the 31-year-old needed to win this fight to avoid being cut from the UFC Roster most would assume. Eye was the superior fighter and beat Kalindra Faria with relative ease. Another unanimous decision victory for the judges to hand out, and Eye looks to be a real force at 125lbs.

Kyung Ho Kang earned his third victory in a row over Guido Cannetti. Kang was able to get the job done fast with a triangle choke submission victory in the first round.

Brett Johns could well be the fight the UFC look to make. With both fighters (3-0) inside the UFC it certainly makes sense with the victor getting a ranked opponent.

Irene Aldana gained her first victory in the UFC over Talita Bernardo. Aldana never looked to be in any trouble, its safe to say it was a woeful day at the office for Bernardo. Aldana was able to capitalise on this and won all three rounds. 30-27 across the board for a unanimous decision victory for the Mexican.

Lina Lansberg seems the most likely opponent for the 29-year-old. Both fighters (1-2) in the UFC. It’s the fight that makes sense for Aldana and for Swedens Lansburg.

1 minute was all Reyes needed to knock Matt Frevola spark out. Both fighters came out swinging but El Toro was the one who landed the final blow. Frevola dropped liked he’d just been run over by a bus. Reyes proving to the world and the rest of the lightweight division that he is not playing around. In the post-fight interview with Paul Felder, the Mexican said: ” This was the strategy to get the knockout, I know Matt is a very powerful guy so I’m very happy right now with this victory”. 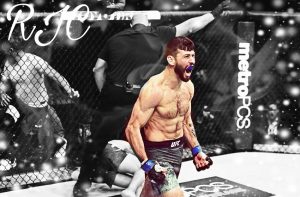 James Krause pulled off another win on his return to lightweight. Making light work of Alex White, Krause was the better fighter on the night. His superior wrestling played a massive factor in this win and won two of the three rounds according to the judges. 4 victories in a row means that the 31-year-olds next opponent has to be ranked surely?

Beniel Dariush is without an opponent and is #12 ranked in the lightweight division. Krause vs Dariush would make a great fight. I know I certainly would not want to miss it.

Yes, Darren Elkins did it again, Michael Johnson seemed to be winning the fight and busted Elkins up in the first round. The Damage looked like he might actually get knocked out but managed to survive the carefully placed punches thrown by The Menace Johnson. Then in the second round Elkins took Johnsons back and sunk in a rear naked choke which The Menace had to tap for. The Damage now riding a six-fight win streak had this to say post-fight ” I want the number one contender I think that’s realistic, I’ve got 6, the only person with a better winning streak than me is Max Holloway so I want the fight that’s going to get me to a title shot”.

Brian Ortega would be the fight to get him to a title shot. With Holloway fighting Edgar next its the fight that works for Elkins if Ortega wants to take another fight before his imminent featherweight title shot.

Once again Usman came, Usman Faught and Usman dominated. Emil Weber Meek had no answers to the questions asked of him by The Nigerian Nightmare. This was the 29-year-olds 11th win in a row. He’s a real force in the UFC‘s welterweight division.

Colby Covington would be the best fight for Usman. Both guys causing an uproar with their post-fight interviews it would be nice to see them go toe to toe in the octagon. 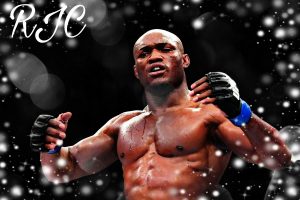 Jessica Rose-Clark has now won both of her fights in the UFC. A dominant victory over Paige VanZant was enough for Rose-Clark to leave her stamp on the woman’s flyweight division. VanZant suffered a broken arm in the first round but managed to see the fight out until the end but the Australian was at ease most of the fight and won via decision.

Roxanne Modafferi would be a fitting fight for Clark. Modafferi lost in The Ultimate Fighter Finale to now champion Nicco Montano but is still held in high regards and was the favourite to win the competition. 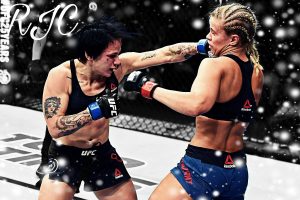 Jeremy Stephens once again proved why he is a top contender in the featherweight division. Many thought Doo Ho Choi would be able to absorb Lil Heathens strikes like he did against Cub Swanson but that proved not to be the case. Two minutes into the second round Stephens landed a beautiful punch which dropped Choi like a wet fish. The American then followed that up with some great ground and pound. The referee was forced to jump in to stop The Korean Superboy from receiving any more damage.

Cub Swanson would make the perfect opponent for Stephens. Both fighters have a similar fighting style and it would make a great matchup. 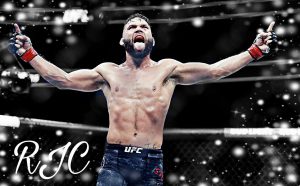