For the first time since 2010, the UFC will head back to North Carolina with UFC On Fox 27 on January 27. In today’s episode of Across The Pond, you will meet a tough eastern lioness whose propensity to constantly press the action combined with a champion’s mentality makes her a intriguing prospect for the newly created Women’s Flyweight division. A professional since June 2014 and representing Team Renzo Gracie alongside the likes of Frankie Edgar and numerous others, 29 year old Katlyn Chookagian owns a 9-1 record in ten career bouts consisting of six decisions, two knockouts and one submission. Katlyn is also a Cage Fury Fighting Championships veteran. 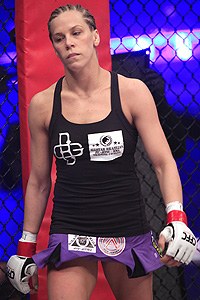