Yoel Romero vs. Luke Rockhold: What will go down?

by Peter Knox
in UFC
9

An original match between undisputed champ and hometown hero Robert Whittaker and the aforementioned Rockhold was slated as the event’s headliner, but a severe bout of intestinal staph infection forced ‘Bobby Knuckles’ from the contest. His previous opponent and freestyle wrestling machine Romero stepped up to save the card, and an Interim title was created for his pairing with Rockhold.

Romero was unsuccessful in his premier bid for UFC gold, losing a decision to Whittaker, while Luke returned from a year hiatus to pick up a submission via strikes victory over the dangerous former WSOF kingpin David Branch.

A legitimately terrifying athlete, Yoel Romero is a multiple time world champion in freestyle wrestling, a five-time Pan American Champion and he, of course, claimed the silver medal at Sydney’s 2000 summer Olympic Games.

Beginning his mixed martial arts stint at the ripe age of 31, Romero has achieved some notable wins in that time, many in devastating fashion.

With two separate flying knee stoppages, Yoel first lulled Clifford Starks with some elusive movement, before springing to make the American unconscious. In his most recent octagon victory, Romero displayed some of his élites one percenter wrestling before countering a Chris Weidman level change to open an enormous gash on the side of the former champs head, landing a couple more strikes before Mario Yamasaki eventually came to ‘The All American{s}’ rescue. An elusive yet explosive customer, Romero often forces his opponent’s to alter their game plan due to his unpredictable and agile movements, and obviously, his incredible knockout power. More scary stoppages have occurred against Lyoto Machida, where he tripped ‘The Dragon’, posture up and rained down with brutal elbow strikes. 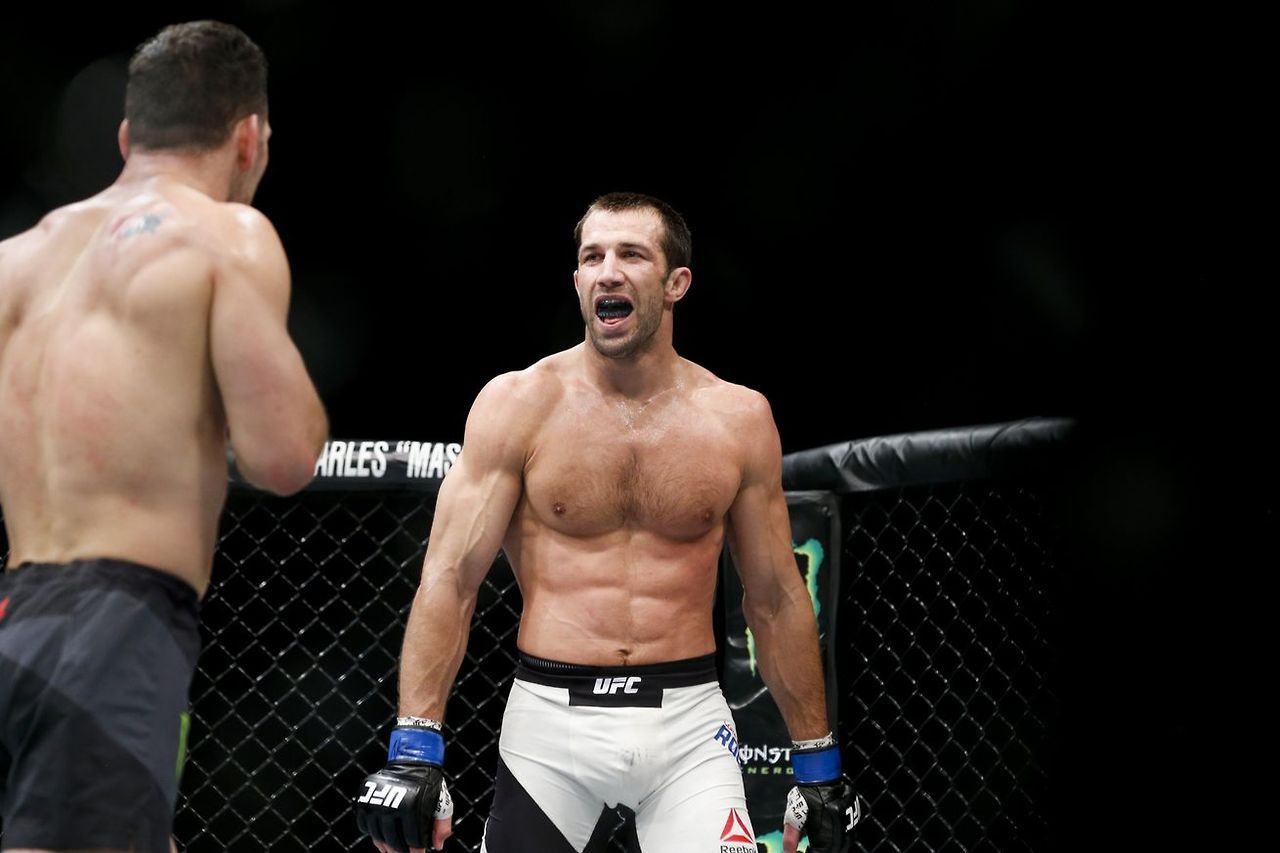 One of the most well-rounded fighters on the UFC roster today, Rockhold holds a black belt in Brazilian Jiu-Jitsu and has an extensive background in kickboxing. The one-time UFC and Strikeforce 185 lbs champion have a well revered left kick which used expertly on the body of Chris Weidman. Despite an early scare against Branch, Rockhold used his grappling game to set up the mount and pound out his compatriot.

The grappling reason of this matchup is huge, Romero, of course, has his ridiculous wrestling but faces a wily Jiu-Jitsu player in Rockhold, particularly off his back and from the mount, if he can set up that and posture up. Romero’s explosiveness offers some problems for Rockhold who can tend to coast in the later rounds but also as Luke carriers his hands extremely low, clear from his knockout loss to Michael Bisping. Yoel does tend to fade in the championship rounds, partly due to his muscle-bound physique but also due to his many feints and exaggerated approaches to grasp timing and face first movements. If ‘The Soldier Of God’ can’t stop Luke within the first 10 to 12 minutes, I’d expect the striker to wear him down in a similar fashion to Robert Whittaker before forcing the stoppage via a scramble and eventual strikes from the top.