Rampage Jackson vs. Wanderlei Silva, could there be a fourth fight?

by MMA UK
in Bellator
1

Quinton “Rampage” Jackson has a score to settle with Wanderlei Silva, the pair have already fought three times with Wanderlei 2-1 up but “Rampage” wants to settle things once and for all with a final fight. Telling Ariel Helwani on this weeks The MMA HourJackson expressed an interest in providing Silva “another ass whooping.”

Jackson most recently fought Chael Sonnen dropping a unanimous decision loss last month in the opening fight of the Bellator Heavyweight Grand Prix. With both fighters in the twilights of there respective careers, it could make for an interesting match-up. Jackson told Helwani “I know he’s not a heavyweight. The last time I fought him I knocked him out of the weight class. But he beat me twice. I only beat him once. I think I owe him another ass whooping.”

This age-old rivalry goes all the way back to 2003 when the pair came up against each other in the Pride Middleweight Grand Prix. The first outing led to a knockout of “Rampage” with Silva landing some devastating knees leaving “Rampage” slumped on the canvas. In 2004 the rivalry continued as Silva, who had been dominating Pride’s Middleweight division put his title on the line against “Rampage”. The fight went similarly to the last with Silva coming forward and again landing a series of knees leaving “Rampage” counting sheep. 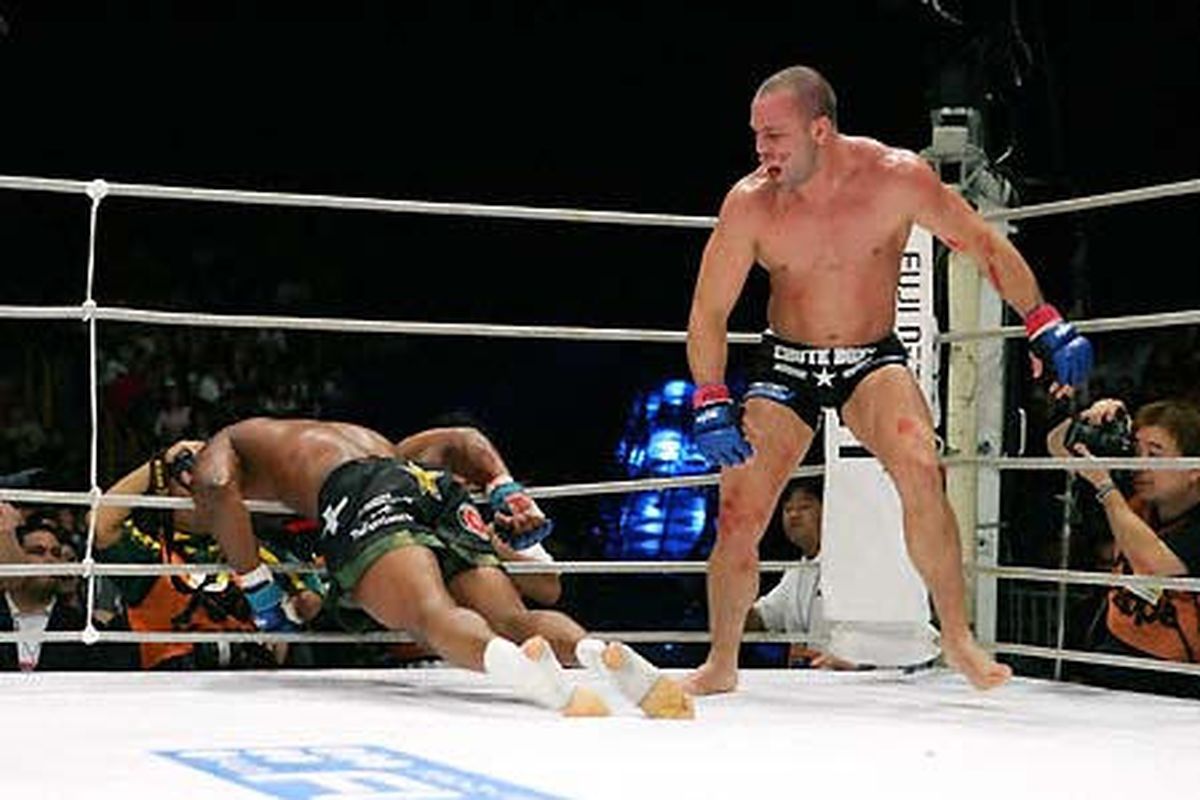 The final fight in trilogy took place in 2008 at UFC 92, 4 years later since they last crossed paths. This time the Jackson managed to avoid the clinch, measuring distance well and ending the fight with a left hook in the first round.

So what’s stopping these two fighters settling it once and for all, well Jackson has been competing at Heavyweight in last three previous outings while Silva has been bouncing from middleweight to light heavyweight. At this point Jackson last weight in at a whopping 253lbs meaning he’d need to drop at least 50lbs before the fight can be made.

Jackson continued, telling Helwani “I probably could get down to 205, but I don’t know…I’m walking around at 250, 260. That’s a big one.” It’s not his love of food that has caused this sudden jump in weight with the fighter citing a thyroid issue at his weight class change.

Silva’s last fight in the Bellator cage ended with a loss to fellow opponent Sonnen. Again Sonnen pulled off the unanimous decision win although it was Silva’s first fight in 4 years so ring rust may have been a factor.

With “Rampage” now out of the picture for the Heavyweight Grand Prix and needing a fight later in the year the Silva fight is not completely out of reach making for an interesting potential match-up.

With A Rematch Off The Cards What Could Be Next For Cody Garbrandt?