Heavyweight contender Curtis Blaydes: I got destroyed by Stipe Miocic

by Connor Cartwright
in UFC
0

Curtis Blaydes, 27 is rapidly becoming a fan favourite in not just the UFC Heavyweight division but the MMA community.

Blaydes, who is currently ranked #5 in the UFC Heavyweight division, sure isn’t afraid to speak his mind. The 6’4 255lbs Heavyweight is coming off an outstanding win over UFC veteran Mark Hunt. Blaydes defeated the “Super Samoan” by unanimous decision as the 3 judges in this scored the bout (30-26, 30-26, 29-27).

Blaydes was brought in to help train, the full-time firefighter and currently UFC Heavyweight Champion Stipe Miocic in 2013 at a training camp. Blaydes is a former collegiate wrestler and was able to handle himself on the mats against the champion. But once it was time to lace up the gloves and throw hands it seemed to be told as a different story.

“On the feet he destroyed me. I was an amateur, this was back in 2013. I’m one of those guys, I’m not gonna lie to you when someone is better. Like, he was leaps and bounds better than me. He was supposed to be, like, at the time he was going up against Gabriel Gonzaga. So yeah, it would have been weird if they brought me in there and I just started picking him apart. That probably would have been a problem for Stipe. No, he handled me like he was supposed to. But when we wrestled, like I said, pretty back and forth. He would go in, I guess an hour practice, he would get two takedowns, or maybe he would get one more, maybe I would get one more.”

However, we all know a lot has changed in the last 5 years…

The 9-1 “Razor” Blaydes last defeated UFC veteran Mark Hunt in a dominant performance at UFC221 on February 11, 2018. This secured the #5 ranked position in the Heavyweight division for Curtis. Hunt became the 3rd straight win for Blaydes.

“Razor” will next face the highly ranked UFC Heavyweight Alistair Overeem at the upcoming UFC225 event. This event will be hosted in the United Center in Chicago, Illinois on June, 9.

Here is an insight of Alistair Overeem’s career:

Overeem (43-16-1) is currently 4-2 in his last 6 fights under the UFC organisation. His last victory was against Fabricio Werdum at UFC213 on 8th July 2017. This bout was the co-headline for this event. Overeem defeated Werdum by MD (Majority Decision) the three judges scored this bout (28-28, 29-28, 29-28). This card was hosted in the T-Mobile Arena in Paradise, Nevada, where this was headlined by Romero and Whittaker. Alistair’s other three victories were against Mark Hunt, Andrei Arlovski and Junior dos Santos. Overeem, however, was close to getting another title shot at UFC gold if he hadn’t of lost against Francis Ngannou at UFC218. This title shot would’ve been against UFC Heavyweight Champion Stipe Miocic. In their previous meeting, “The Reem” lost by KO in 4:27 of the first round. This contest took place at UFC 203 on 10th September 2016 in Cleveland, Ohio. Later, this secured the “Fight Of The Night” bonus for both men.

Will Razor Blaydes 2.0 use the hands he didn’t have in 2013 against Alistair Overeem? 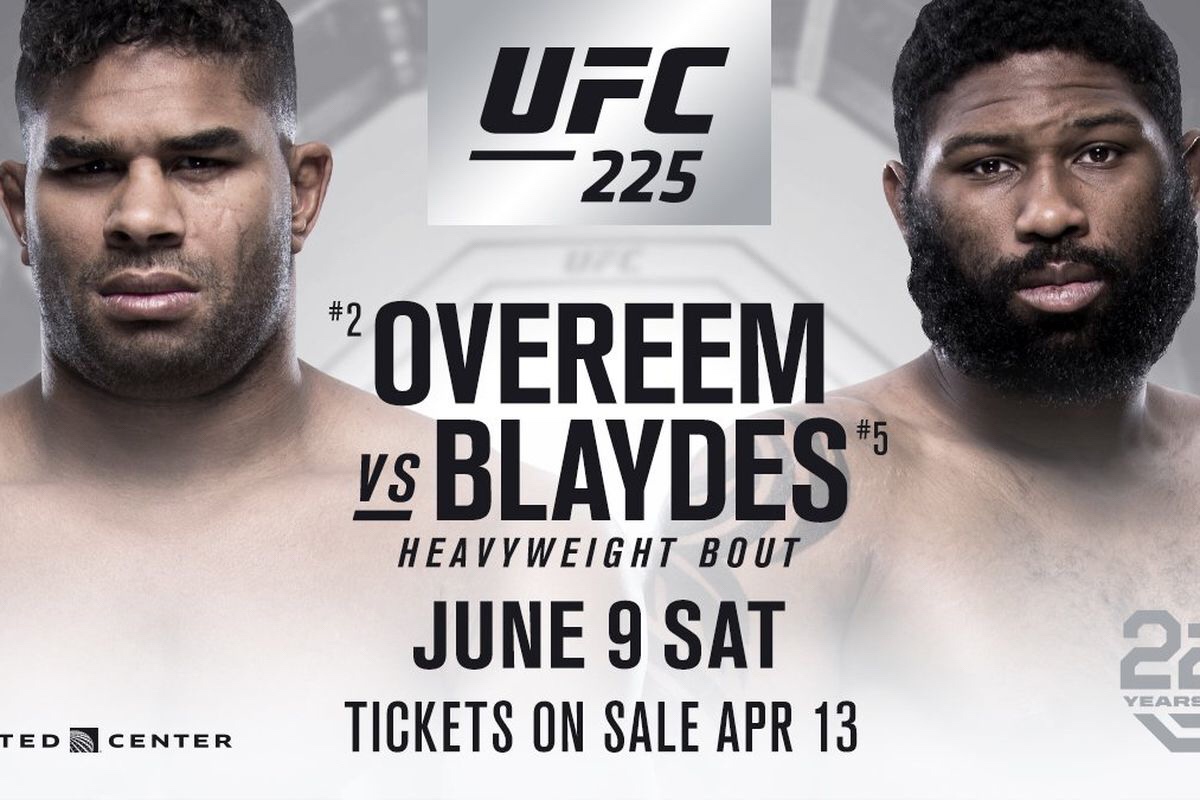