by Frankie Anderson
in Cage Warriors
36

Cage Warriors have announced 3 new bouts for their return to Scandinavia on April 28th: Cornelia Holm vs Malin Hermansson, Junior Karanta vs Sofiane Boukichou and Jack Grant vs Aleksi Mantykivi.

Shortly after announcing a huge lightweight clash in Jacobsen vs Bak for CW93, Cage Warriors have followed up with three further fights that are sure to get Scandinavian fight fans excited for April 28th. First announced is an all-Swedish clash between Cornelia Holm and Malin Hermansson, two fighters who are dead set on putting on an incredible performance for their home fans. After winning both World and European amateur titles and going undefeated at both the 2016 IMMAF World Championships and the 2017 European Open, Holm is a definite female flyweight prospect to keep your eyes on this year. Hermansson will look to cut Holm’s rise short on April 28th and establish herself as the greater prospect – this is one not to miss. 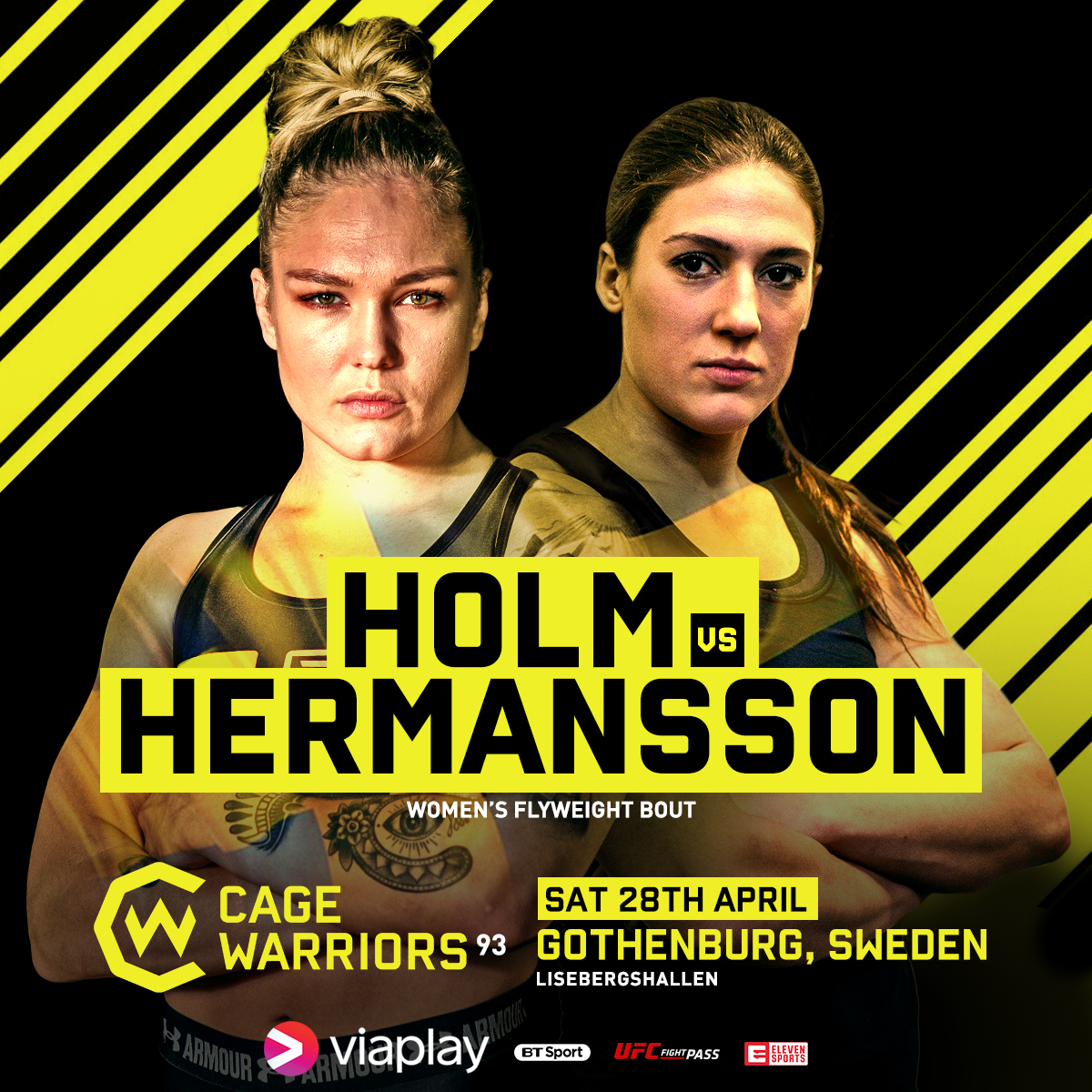 Junior Karanta, who knocked his opponent out in just 8 seconds in his last Cage Warriors outing, will meet Sofiane Boukichou in a heavyweight rematch following their fight in November. Karanta is fast becoming one of the most talked about heavyweight prospects in Europe and will be willing to leave everything on the line this time around to get the win in his home country. 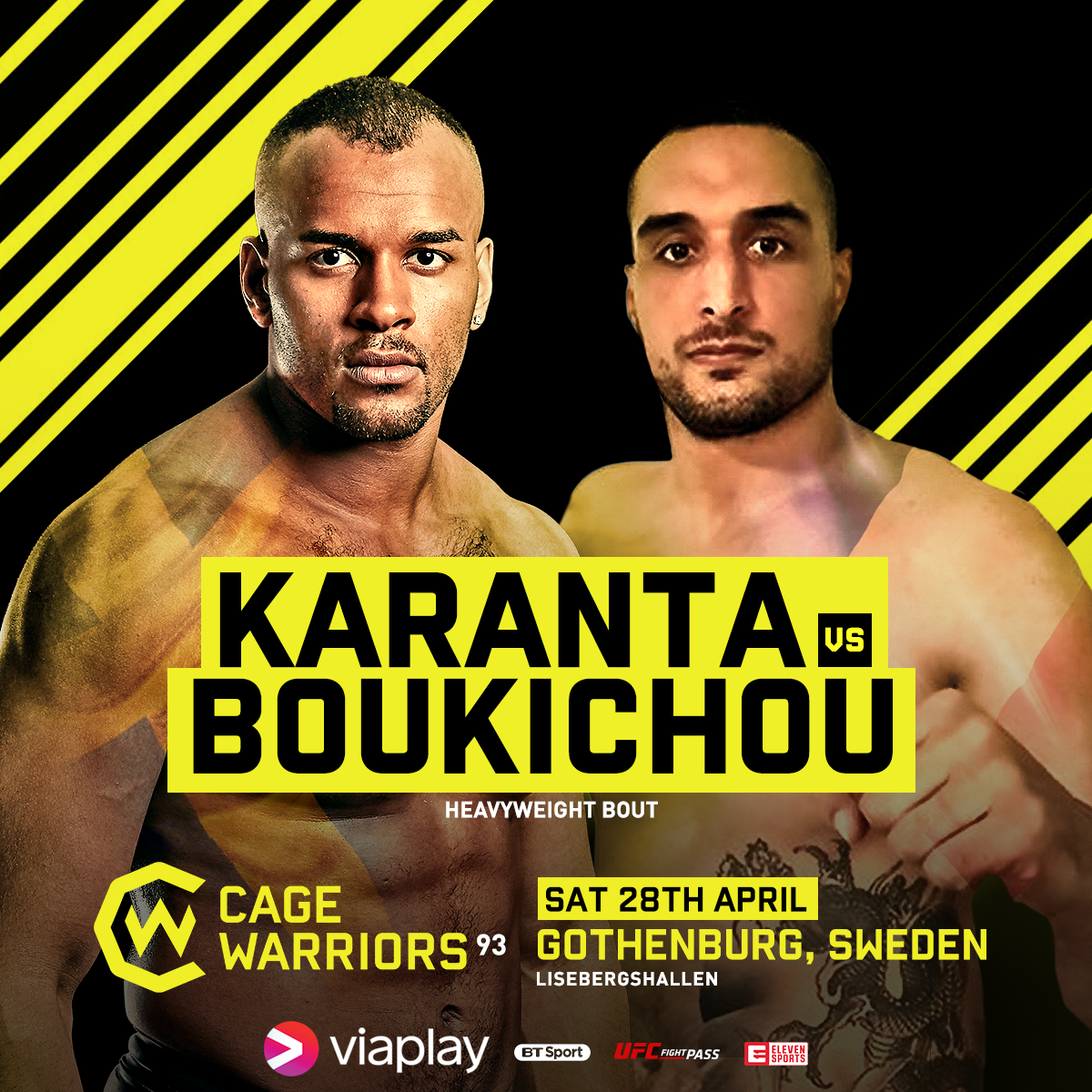 England’s Jack Grant, a dynamic striker with a string of impressive knockouts, will travel to Sweden to face Finland’s Aleksi Mantykivi, who has picked up 11 wins across the European lightweight scene in the last six years including numerous submission finishes. 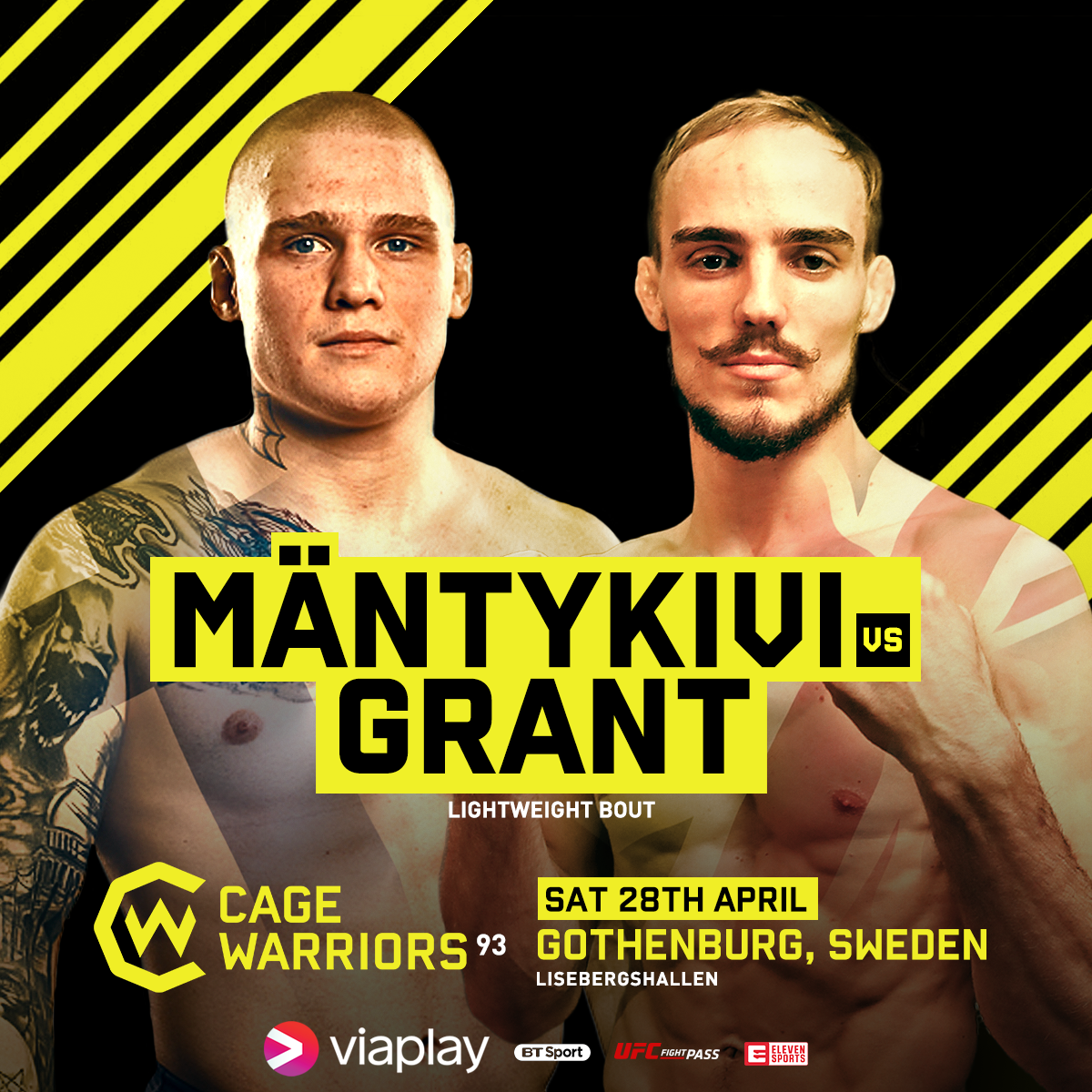 Alan Carlos joins Holm, Hermansson and Karanta as the fourth Swede to be matched on the show, and will face Norman Paraisy. With huge international stars such as Kenneth Bergh and Nicolas Dalby still to be matched, CW93’s mammoth card is looking to top their hugely successful last visit to Scandinavia.