Brad Pickett on life after fighting, nurturing new talent and Rise of Champions

Brad “One Punch” Pickett is a familiar name to any MMA fan who’s been following the sport since its early beginnings. One of the first British fighters to make a name for himself in the U.S. through hard-fought wars and always entertaining fights. Brad competed 14 times in the UFC, collected 4 fight of the night bonuses and 1 knockout of the night bonus, cementing himself in the UK MMA hall of fame.

Before stepping away from the sport last March, after a long tenure at the highest level, Brad had considered his options about what he would do next. Similarly to the way, Brad carved out his own career long before being a professional MMA fighter was a profession he looked at how he could carve a lasting mark on the next generation coming through. After training in the U.S. for many years, as well as training with high-level coaches from around world, Brad setup Team Titan MMA Gym in London as his first step to passing on that knowledge with longtime coach Mickey Papas. The next step was giving those fighters at the gym and around the UK a place to showcase the skills they had honed in an environment that was not only entertaining for the crowd but encouraged young athletes to follow MMA as a legitimate career path. Brad and Mickey setup Rise of Champions back in 2015 with their inaugural show Rise of Champions 1 to fulfil this next step. I sat down with Brad to discuss life after fighting, the UK MMA scene and Rise of Champions.

Rise of Champions most recent event, Rise of Champions 5, took place on the 17th of February at Brentwood Leisure Centre. Brad outlined that deeming an event success for the RoC team is that they put on great fights, with that the crowds will come as shown by the ever-increasing attendance. The whole point of Rise of Champions inception was to give fighters of all levels a show in which they could test their abilities in a constructive environment. Brad says “we had a lot of fighters at the gym we needed to keep busy. I’ve been to a lot of shows and seen shows of all sizes. Some people do really good shows from the outside looking in, the side the crowd sees. Behind the show though we wanted to make sure that it’s not only entertaining for the fans but a positive experience for the fighters”. When dealing with young and aspiring athletes Brad really understands the importance of giving MMA a future in the UK by showing these fighters the right side of competitive combat sports. There’s already some rising talent coming out of Rise of Champions like Mike Ekundayo, a name to remember. Ekundayo is an undefeated pro Bantamweight with a 5-0 record and at just only 24 years of age, he has a promising career ahead of him. A perfect example of a fighter who enjoys working with Brad’s promotion who made his amateur debut on Rise of Champions 1 and his pro debut on Rise of Champions 3.

When becoming the owner of an MMA organisation there are plenty of other roles than being an owner that comes with it, especially when you’re starting out. This has led Brad to become the show’s matchmaker, a somewhat full circle turnaround from when he was having his fights dictated a year prior, “I’ve been around and I believe I know what makes a good fight”. I don’t think anyone can doubt his credentials when it comes to matchmaking especially within the UK MMA scene. Brad explains the importance of working with good gyms when putting a fight card together “having that knowledge and faith in knowing that the fighter will be of good level because of the gym they’re from help incredibly. I deal with a lot of good gyms and have good relationships with lots of coaches. It makes my job easier the more I do it and I feel more connection every time. Having that connection helps when dealing with high-level gyms as you’re less likely to have people pull out, not having trained properly. Dealing with independent fighters is always a risk as you never know if they’ve been training or if you’re going to have to hear a strange excuse come fight day”, Brad goes onto say “Once you build a better brand, coaches approach you and want to put their fighters on your show. Before I used to have to contact everyone and now they come to me”.

Brad hasn’t always wanted to run a promotion, but when he was getting to the end of the career he soon had realised he would need a new challenge. His motives are clear, “I’m not doing this for the money and I don’t earn a penny from it, any profits are put back into the show”. When Brad first made a name for himself there was only two options fight for Cage Rage or Cage Warriors, now the UK MMA scene has exploded but with that comes inexperienced opportunists who put on “bad and dodgy” shows. Rise of Champions stands on its own for Brad, he doesn’t compare himself to anyone else and doesn’t feel the show competes with anyone else, he’s just doing his own thing. On the flip side of the UK MMA scene getting bigger Brad now can be a part of creating a thriving amateur scene in the UK something that didn’t really exist 10-15 years ago “it’s all about emerging young talent, when I came up there weren’t many shows, nothing of an amateur scene. These young athletes who make this a career path can, I didn’t grow up saying I’ll be fighting professionally this is how I’ll make a living. Now I want to give young athletes the realisation that this can be a career path, you can go and earn good money”. This benefits the promotion as a whole as Brad gets high-level fighters with a real passion for progressing in the sport which in turn makes for great fights.

The revenue model for fighters amateur or pro tends to come from a ticket sales agreement where they are paid a commission for each ticket sold, a standard practice across the MMA world. This has meant that a lot of fighters on RoC cards tend to be from the London area as it makes the most sense for upcoming fighters growing a local fan base. That being said you will see a heavy mix of nationalities on RoC cards ranging from British, Spanish and previously fighters from the Czech Republic. Brad goes on to highlight a key difference for today’s fighters when trying to break through to the bigger shows “it’s a saturated market so it works both ways, it’s maybe easier now to get into the larger promotions then when I started but you need to stand out. There were was no real social media when I was around but that helps as you can market yourself and make yourself valuable to a promotion. You don’t necessarily need to sell tickets, just have people that want to see you fight. Building an audience independent of a promotion is possible, whereas before you relied a lot more on the promotion.” 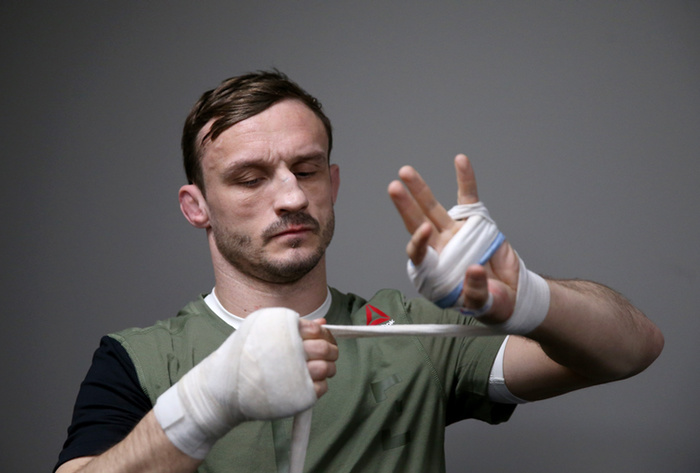 Rise of Champions isn’t just a regional show with a regional audience though you can already view the main card fights new and old on Fight Pass as part of a partnership set up with the UFC. Brad recently met with UFC brass prior to UFC Fight Night 127 to discuss the partnership further, it could be sooner rather than later that RoC is being beamed live into your living rooms. The future plans of RoC, for now, are to continue the local successes they’ve had with the potential in the next few years to expand. Brad continues “I’d like to move the show around a bit, we’re in North London now but I’d to move it around England a bit then once that’s nailed move the show abroad. Building a brand doesn’t happy overnight so we’ll take our time, I’m in no rush.” 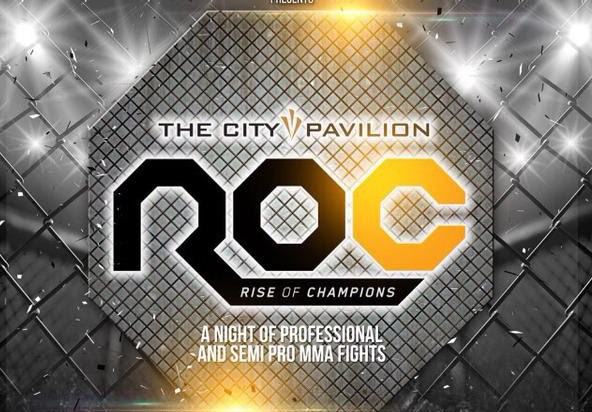