Most successful late replacements in MMA

Being a late call up to a fight is a daunting task. You’re  faced with an opponent who has trained a full camp and is prepared to peak at just the right time. With all of the drama surrounding UFC 223 this week “Raging” Al Iaquinta has the chance to get the biggest win of his fighting career. But really what chance does he have? Heres a short look at some fighters who made the most of there last minute opportunities. 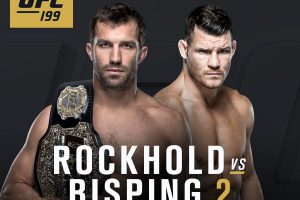 Probably the best example of a fighter answering the call and making the most of it was Mike Bisping’s UFC 199 victory over Luke Rockhold. The middleweight title was on the line when Bisping stepped up on just 14 days notice. The pair had already met at UFC Fight night 55 where Rockhold came away with a submission victory 0.57 seconds into the second round.

Not many gave Bisping a chance but Bisping wasn’t coming just to make up the numbers landing a huge left hook in the first round and finishing Luke with ground an pound at the 3.36 mark to earn himself not just the win but the middleweight strap. 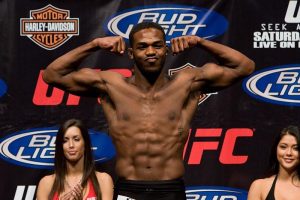 Long before Jon Jones was regarded as one of the best pound for pound fighters on the planet an a walking bad habit he stepped in on 13 days notice to make his UFC debut against Andre Gusmao. Jones being relatively unknown at the time dominated Gusmao with a mixture of strong wrestling and striking going on to win the fight by unanimous decision. 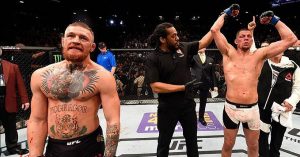 The original main event of UFC was a lightweight championship fight between Conor McGregor and Rafael Dos Anjos. With Dos Anjos withdrawing due to injury the UFC was searching for an opponent that would take the fight on 11 days notice Nate Diaz answered the call and what followed was on of the craziest moments in UFC history. Rather than the original weight of 155lb this fight would now take place at 170lb. Conor started strong bloodying Nates face in the first round but Conor quickly began to tire and slow down. The fight entered the second round, Conor no longer looked in charge. Nate throws a left hand wobbles Conor forcing him to shoot. Nate makes short work of him on the ground finishing with a rear naked choke at 4.12 of the second round.

So will Al shock the world? Or will Kahbib take his record to 26-0 and the lightweight strap along with it?