UFC 223 – Matches To Make For The Winners And Losers

by Marcus Banks
in UFC
21

Following one of the craziest weeks in the history of the sport, UFC 223 went ahead as planned in the Barclays Center in Brooklyn, New York.

In the main event, Khabib Nurmagomedov moved to 26-0 following his victory over Al Iaquinta as he became the new undisputed lightweight champion of the world with a dominant performance over the New York native. 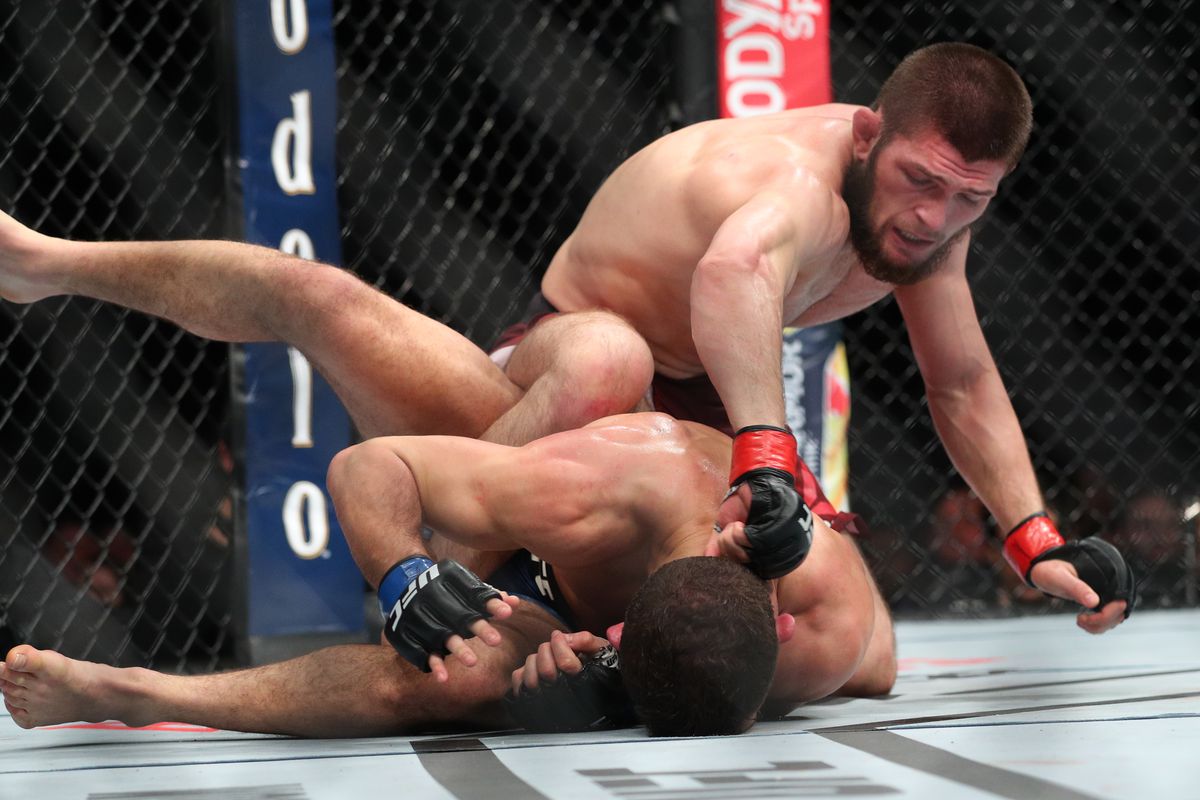 After multiple changes to the men in the main event of the evening, the UFC finally crowned an undisputed lightweight champion – Khabib Nurmagomedov. Instead of fighting Tony Ferguson or Max Holloway, he faced Al Iaquinta who stepped up on late notice and gave his all to become the new 155lb champ.

Khabib has given some much-needed clarity at the top of the lightweight division, but his next title challenger is anyone’s guess. Rebooking Ferguson would be the ideal choice while Conor McGregor gets his priorities in order but Dana White is reluctant to make that matchup for the fifth time. Nurmagomedov asked McGregor to ‘beg him’, and following the week’s events, a fight between the two could be the biggest in history. Still, Ferguson vs Nurmagomedov needs to happen first.

Iaquinta deserves a lot of credit for stepping in to save the event. He was originally scheduled to face Paul Felder, a fight that deserves to be rebooked.

MATCHES TO MAKE: Nurmagomedov vs Ferguson/Iaquinta vs Felder 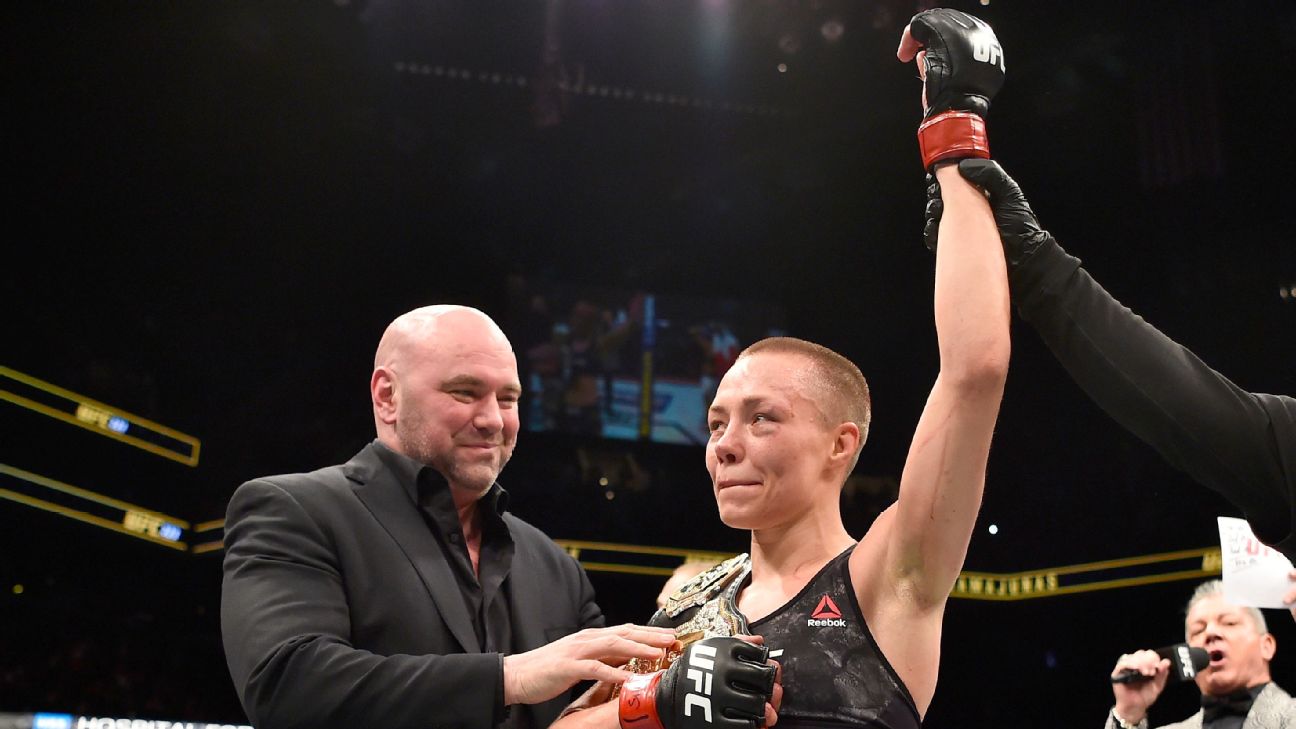 In one of the most highly anticipated rematches in history, Rose Namajunas was victorious again as she defended her strawweight championship against Joanna Jedrzejczyk. The second meeting was much more competitive after Jedrzejczyk dropped her nutritionist following a bad weight cut in November. Nevertheless, she was no match for ‘Thug’ Rose who never looked in danger.

With Jedrzejczyk out of the title picture for the foreseeable future, Namajunas has a plethora of potential challengers for her second title defence. Jessica Andrade and Karolina Kowalkiewicz have both staked their claim for a title shot with two straight wins. The Pole currently holds a win over the current champ. Therefore, she’s good for the next shot.

Jedrzejczyk is now in a difficult position following another loss to her strawweight rival. She has hinted at a move to flyweight in the past but seemed to adamant to stay at 115lbs following the bout. If she decides to stay in the division she once dominated, Tecia Torres could be next. Andrade ended her three-fight winning streak in February, and a win over Jedrzejczyk would shoot her back into title contention.

MATCHES TO MAKE: Namajunas vs Kowalkiewicz/Jedrzejczyk vs Torres 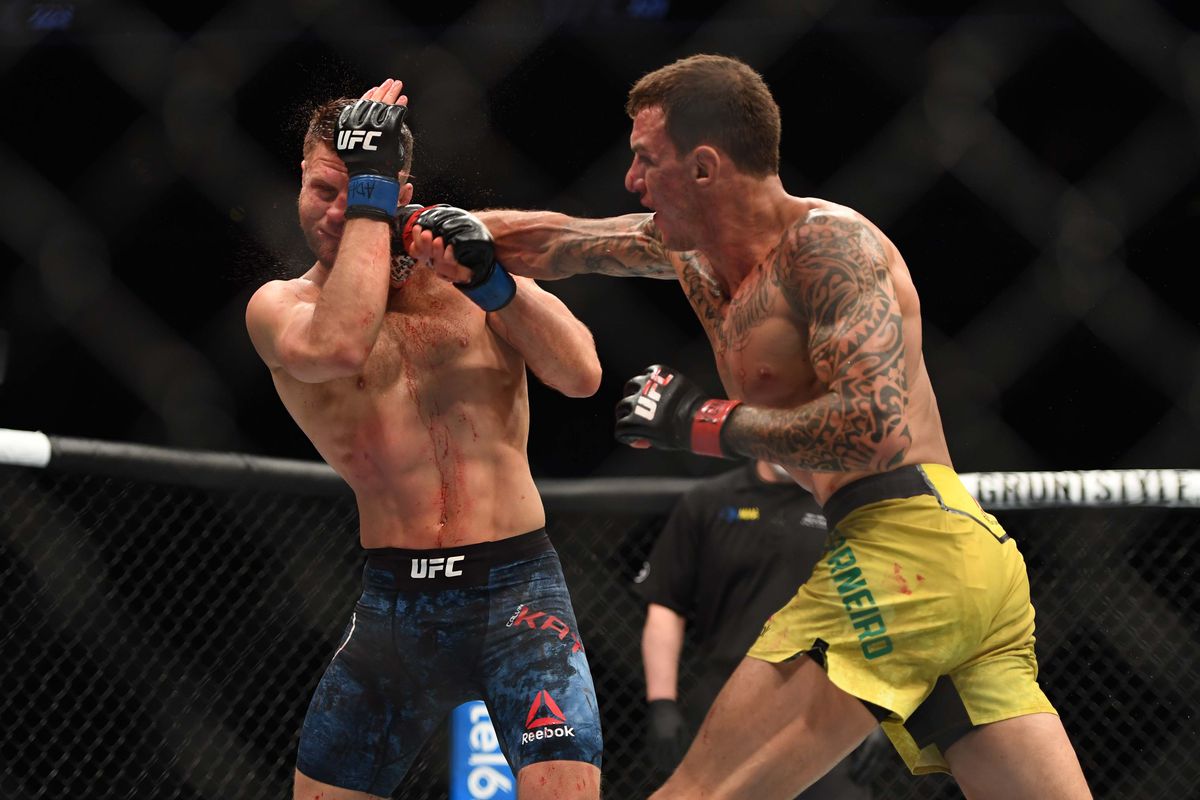 In the featherweight division, Renato Moicano put on a striking clinic to take a unanimous decision against Calvin Kattar. The Brazilian punished his opponent with heavy leg kicks to bounce back from his first professional loss against Brian Ortega last year.

Moicano has now won seven of his last eight fights and should continue to rise the rankings following another impressive victory. The 28-year-old has plenty of potential opponents including Josh Emmett who was recently knocked out by Jeremy Stephens. A fight would Emmett would fight of the night potential and move Moicano into title contention with a victory.

Kattar’s movement and striking were seriously affected due to the damage inflicted to his lead leg which ultimately led to him dropping the decision. It was the American’s first loss in the UFC. Michael Johnson lost his first fight at 145lbs to Darren Elkins and would be a great matchup with Kattar as he looks to enter the featherweight rankings.

MATCHES TO MAKE: Moicano vs Emmett/Kattar vs Johnson 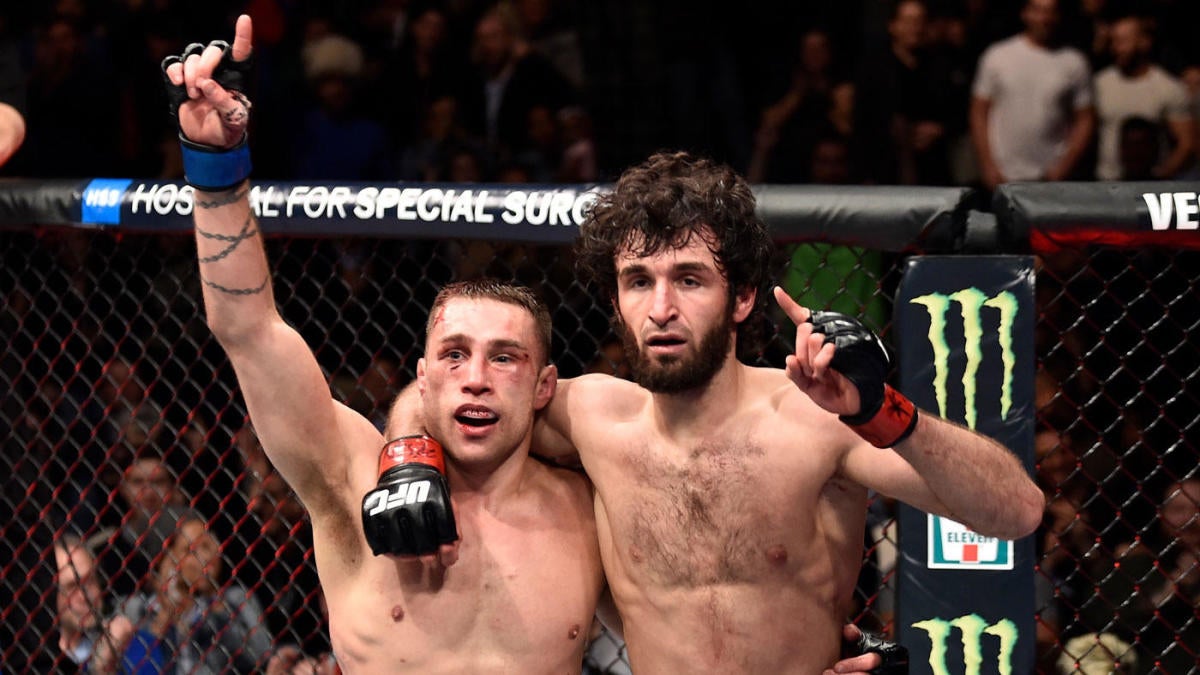 Arguably the hottest prospect in the UFC, Zabit Magomedsharipov’s debut on the UFC did not disappoint as he took home a decision win over Kyle Bochniak in a fight of the year candidate. The Russian looked fantastic on the feet and equally as adept on the ground which gave Bochniak serious problems throughout the 15 minutes.

After just three fights in the UFC, Magomedsharipov’s world-class talent has led to calls for a ranked opponent at 145lbs. In his post-fight interview, he called out fellow striker, Yair Rodriguez, for a fight in Moscow this September. Who doesn’t want to see that fight? Book it.

Bochniak fell to 2-3 in his UFC career but earned plenty of plaudits for the toughness he displayed to stay in the fight. Without a fight since UFC 215, Gavin Tucker could be next for Bochniak looking to bounce back following the first loss of his professional career.

Kicking off the main card was a lightweight tilt between Chris Gruetzemacher and UFC veteran Joe Lauzon. After a closely contested first round, Gruetzemacher took control in the second with Lauzon running on empty. After absorbing enormous amounts of damage, Lauzon’s corner stopped the fight between rounds.

The win for Gruetzemacher halts his two-fight losing streak and gives him a big name to add to his resume. ‘Gritz’ moved to American Top Team for this fight camp and the overall improvement was noticeably from the offset. He deserves another chance to prove himself worthy of being in the UFC. He could face Michel Quinones who recently lost to UFC prospect Sage Northcutt.

Lauzon’s loss marked his 42nd professional fight where he took copious amounts of damage. He was left badly bloodied when the fight was called, and it could be time to call it a day. Lauzon has been a legend in the sport of mixed martial arts; retirement should be next move.

MATCHES TO MAKE: Gruetzemacher vs Quinones/Lauzon to retire