Despite a dominant victory at UFC 223, newly crowned lightweight champion Khabib Nurmagamedov received heavy criticism for his striking ability in his matchup with Al Iaquinta. 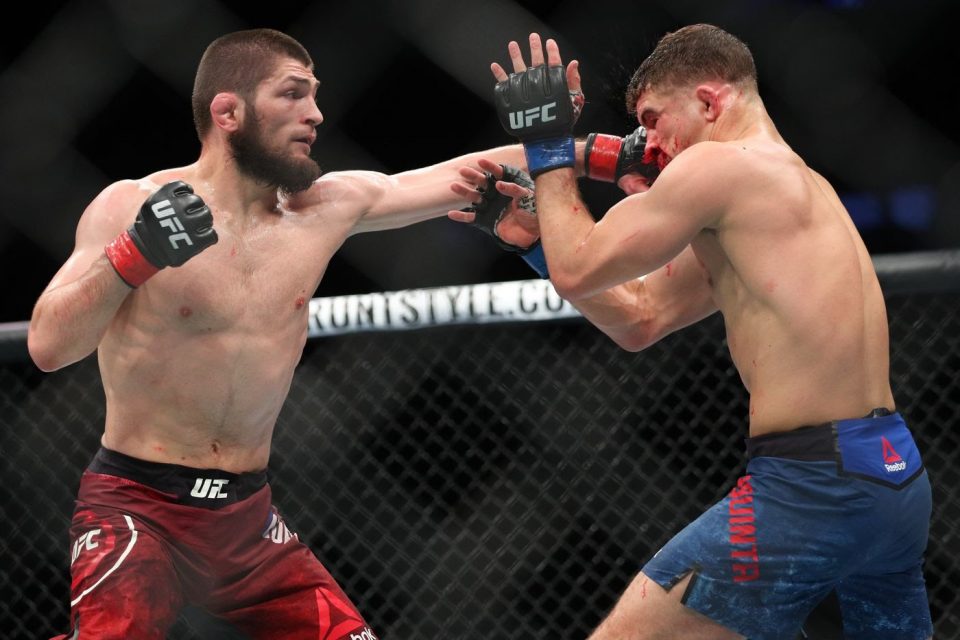 Though ‘raging Al’ believes the Russian champion has much better stand than people give him credit for. As stated in a recent interview with MMA Fighting.

“His standup was really good. I felt like I was a step behind him, just from the first two rounds of trying to get up and stay against the cage, he was kind of wearing on me a little bit. So I felt a little behind, but his jab is good. Every time I tried to let so combos go, he’s awkward, he’s got like the Russians — it’s just a different style of boxing.

They were saying he’s got his head up. I connect with everybody. … It was hard to get to him. He’s tough, he’s tough. He’s got his own style. He’s awkward. Maybe it doesn’t look like it from the outside, but, he’s definitely, he’s fucking tough man. I knew we had a mutual respect on the standup when it was going back and forth, he was definitely worried about my power shots. But he kept me away with his jab and his movement was a little awkward and good.”

Nurmagamedov, who is primarily known for his takedowns and punishing ground and pound, was able to outstrike Iaquinta 172-43 in what was a dominant 5 round decision.

Thiago Silva to face Chris Camozzi and Luke Barnatt vs. Karol Celinski at ACB 88 in Brisbane