Fighters weighed in for the history-making CW93 this afternoon in Gothenburg, which will mark the first ever time the promotion have visited Sweden and their first return to Scandinavia since 2014.

CW93’s main event will see ex-Cage Warriors champion and 4-fight UFC veteran Nicolas Dalby take on Carlo Pedersoli Jr, one of the fastest rising Italians on the welterweight scene, who makes his Cage Warriors debut on a 6-fight win streak. Both men made their main event slot official, with Dalby coming in at 169.1 lbs and Pedersoli 170.9 lbs. 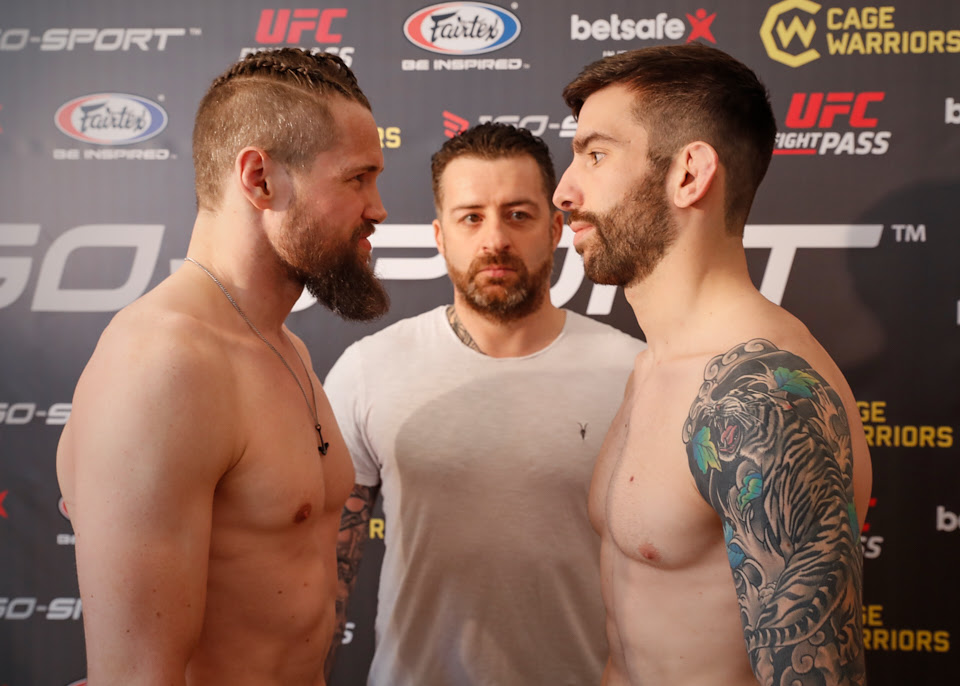 In the biggest fights of their careers so far, Lightweights Soren Bak (156lbs) and Alexander Jacobsen (155.5 lbs) will clash in the co-main event, with the fight crowning one of them a number one contender with a shot at the title later in 2018. The bout looks to be a classic striker vs grappler matchup, with Jacobsen’s one-punch KO power coming up against Bak’s excellent ground game and submission skills. 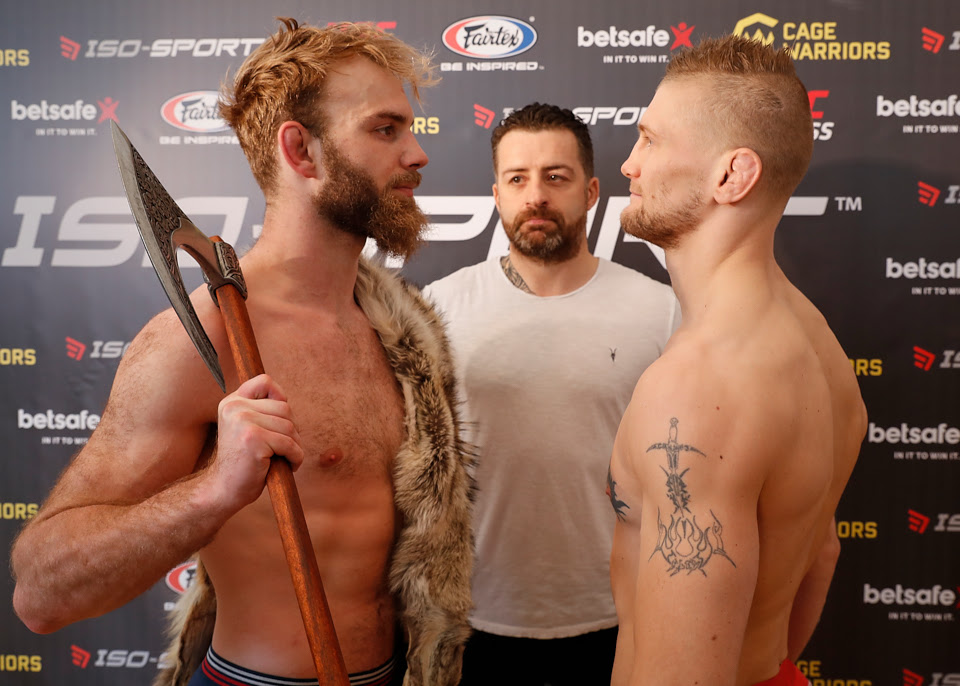 Elsewhere on the main card, ‘The Brazilian Viking’ Alan Carlos (185.6 lbs) will face Norman Paraisy (185.3 lbs) in the middleweight division. Both veterans have over 20 fights to their name including numerous impressive finishes within the distance, and have the chance to add one more to the win column in Cage Warriors’ first ever visit to Sweden. The home fans will be out in force for Carlos, who  fights out of Sweden by way of Salvador, Brazil.

Jack Grant and Mehdi Dakaev will meet at a 161lbs catchweight in a very interesting bout between two seriously legitimate prospects. Grant has kept his 100% finish rate intact over 13 wins, with 7 knockouts and 6 submissions, and Dakaev is boasting a 7-1 record and looked in the best form of his career in his last outing. Grant tipped the scales at 160.4 lbs, 158.7 lbs for Dakaev.

Opening up the CW93 main card are dangerous heavyweights Junior Karanta (242.9 lbs) and Sofiane Boukichou (228.3 lbs). Karanta knocked out his opponent in just 8 seconds during his last Cage Warriors appearance at CW86, but was beaten by Boukichou’s high-level ground game two months later. Now, the rematch is on and the chance for redemption is here.

In other news, Cage Warriors announced today that they have partnered with Spanish broadcaster GOL, who will begin showing Cage Warriors events from CW93 tomorrownight. GOL is a free-to-air sports channel available to all TV households in Spain. The main commentator will be Albert Fernandez, GOL’s MMA specialist.

Tickets for CW93 at Gothenburg’s Lisebergshallen are very limited but still available here.