by Frankie Anderson
in Cage Warriors
23

On June 16th, Cage Warriors will once again partner with Eleven Sports, one of the most prolific sports broadcasters in Europe, to deliver the biggest night of MMA in Belgium’s history to fans at Antwerp’s Lotto Arena. Last time was incredible, and Europe’s leading MMA promotion has promised even bigger and better things this time. 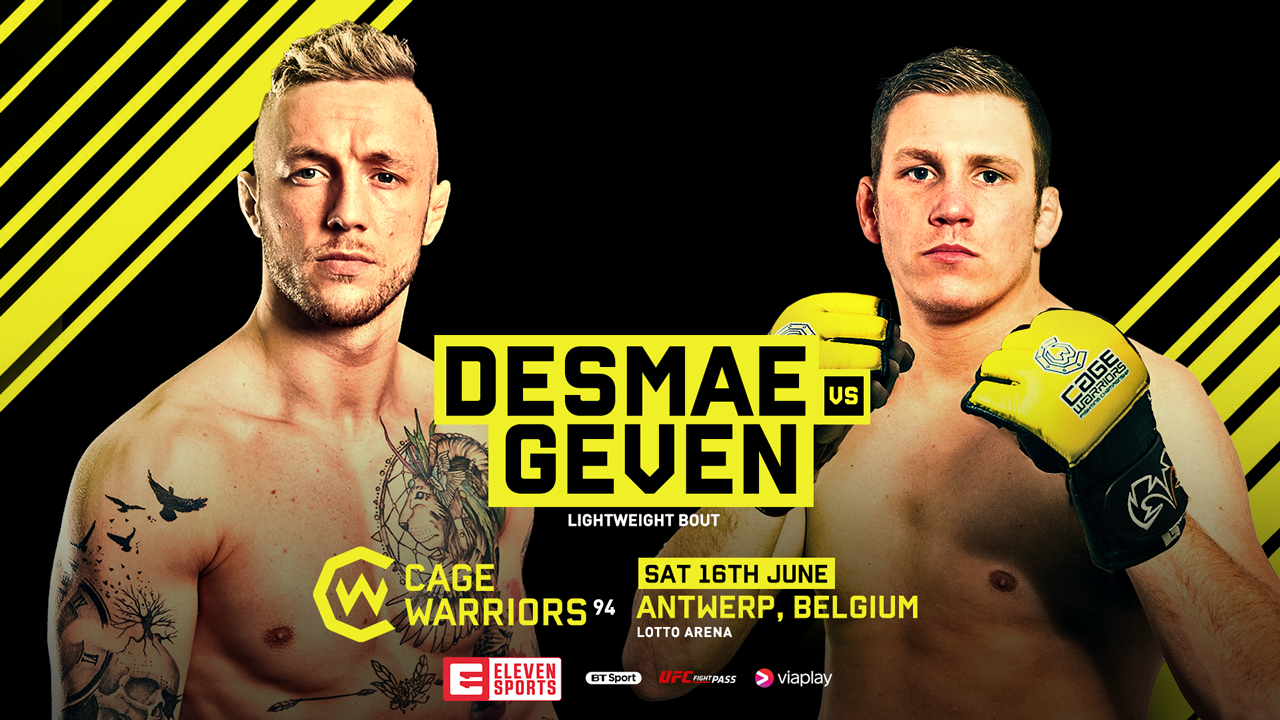 Belgium’s Donovan Desmae made a serious statement to every lightweight in Europe in his last outing, when he knocked out Richard Williams in the very first round of their bout at CW91. He enters his next fight at CW94 with 11 wins to his name, 7 of those being within the distance by way of knockout or submission. Desmae will face the extremely tough Hubert Geven, a Dutch fighter currently riding a 3 fight win streak.

During Cage Warriors’ last Belgian event, Antwerp’s Jan Quaeyhaegens finished Leon Jansen in the very first round via TKO: fighting out of Perfect Team MMA under Belgian MMA hero Ben Dandois, Quaeyhaegens has now stopped his last 3 opponents within the distance, keeping his 100% finish rate intact and proving himself as one of Belgium’s most exciting fighters coming through the ranks. He’ll face Phil Mulpeter who also has some very impressive Cage Warriors wins including TKOs at CW56 and CW65. Mulpeter is the more experienced fighter on paper, but Quaeyhaegens’ current streak suggests he’ll be more than able to make this a really exciting fight. 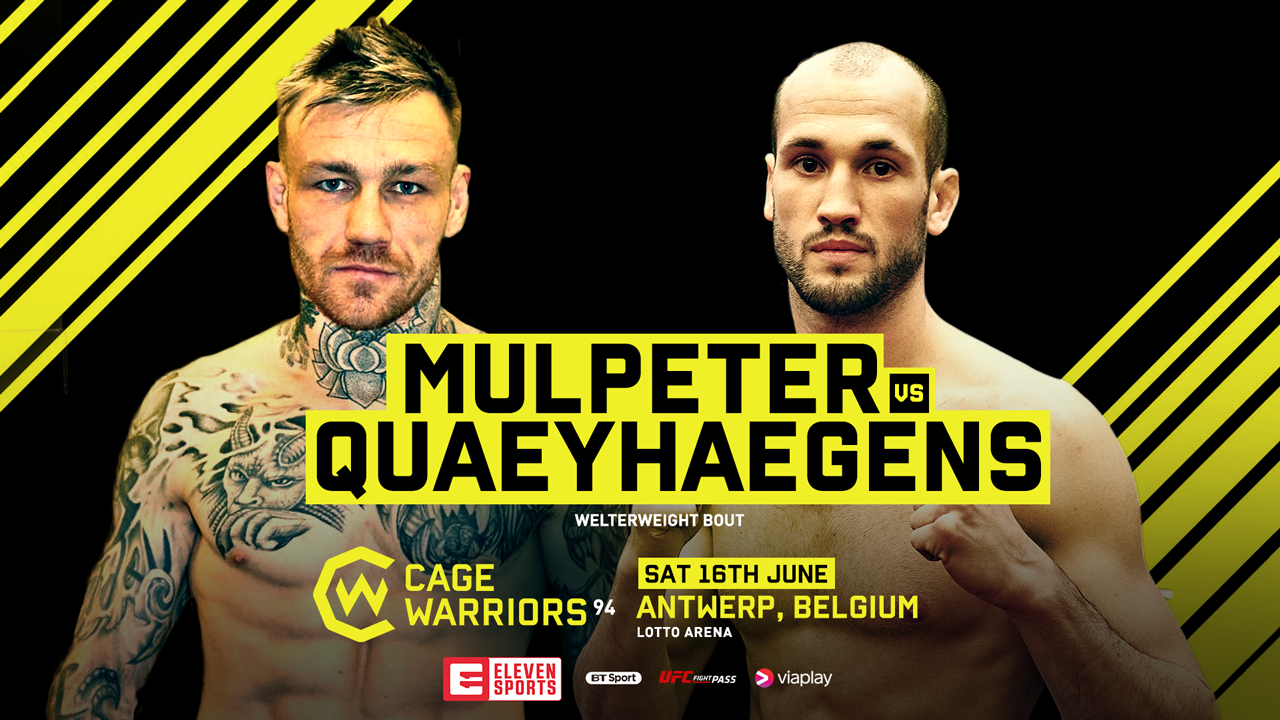 Erdi Karatas has beaten some notable names on the lightweight scene in dominant fashion since his debut in 2011 and is riding a 4-fight win streak. He’ll face Jai Herbert, who’s recently signed a new multi-fight deal with Cage Warriors and will want to begin his run with a dominant victory. Also now matched for CW94 is Jarno Errens, who has picked up 4 submission wins in the last 2 years with 4 different choke variations, highlighting his impressive and extensive ground game. Dean Trueman will meet him in the octagon after a truly memorable ‘fight of the night’ performance at CW92. Ex- IMMAF champions Leah McCourt and Manon Fiorot will meet at a 138lbs catchweight, and exciting strawweight prospect Cory McKenna faces France’s Eva Dourthe.

CW94 is starting to stack up with some seriously exciting fights that will give fans at Antwerp’s Lotto Arena plenty to shout about on June 16th. Belgium’s Brian Bouland and Maarten Wouters, as well as former flyweight title challenger Sam Creasey are soon to receive confirmed opponents, so keep your eyes peeled for more news in the coming weeks.

“Belgium is producing some of the top MMA talent in Europe right now,” says Cage Warriors President Graham Boylan. “Bouland and Desmae have looked on top of their game in 2018, pulling off two of the scariest KOs of the year so far.”

CW94 tickets are on sale NOW from the Tele Ticket Service website here.

Dan "The Outlaw" Hardy eyeing a return to the Octagon