Nathan Greyson’s spectacular knockout win to win the belt at CW92 sent shockwaves through the European flyweight ranks and positioned him as one of the most dangerous men in Europe at 125lbs. Greyson has knocked out his last three opponents and is confident he can do the same to every man that comes for his belt.

“Line them all up. I’m knocking them down like bowling pins,” says Greyson. “Bring them all. I’m here for world domination, nothing less.” 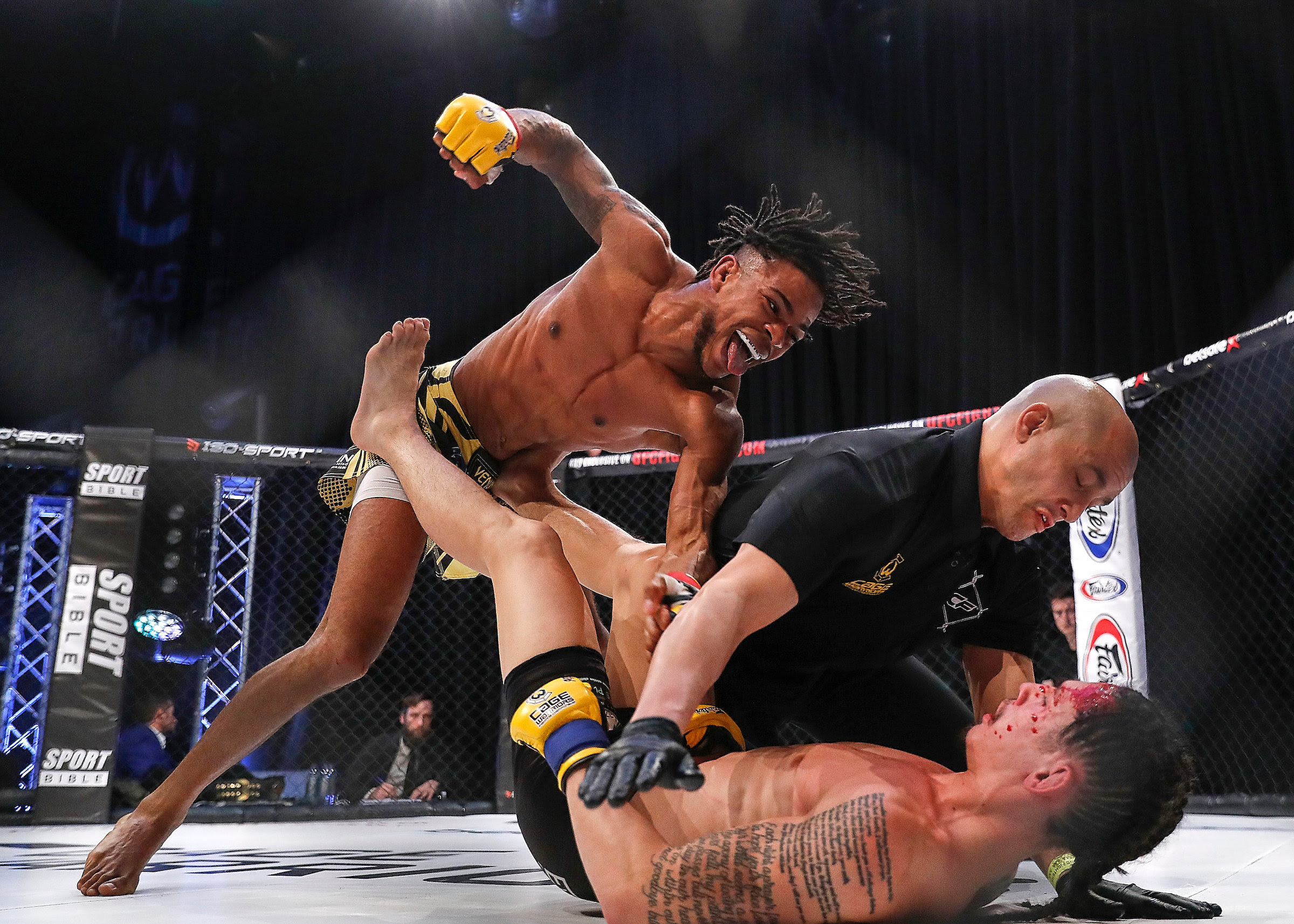 Meeting Greyson in Colchester on November 17th is Irish prospect Blaine O’Driscoll, who returns to the cage after a first-round submission victory over Aaron Robinson in May. O’Driscoll is one of the 50+ fighters that Cage Warriors has signed to exclusive deals this year alone, and is trained by head coach John Kavanagh at SBG Ireland (home of former two-weight Cage Warriors champion Conor McGregor), making his Cage Warriors debut with a record of 6-2 and finishes in his last three wins.

Cage Warriors President Graham Boylan said: “Nathan Greyson is not an easy man to match because he can end the fight in so many ways even in the later rounds, as we learnt earlier this year. It takes a truly game competitor to get in that cage with him and we have that in Blaine O’Driscoll. This will be an awesome main event.”

Cage Warriors 99 will take place at the Charter Hall in Colchester on Saturday November 17th. The show – Cage Warriors 10th announced for 2018 so far – is an additional event to the originally-planned 2018 calendar, added to ensure that the promotions’ growing roster of elite athletes is kept active. The event will give fans in Essex a chance to witness  Cage Warriors’ renowned atmosphere and live TV production, and will build on the excellent work done in the region by the Cage Warriors Academy South East team.

Also added to the CW99 card is a Welterweight matchup between Phil Wells and Jamie Richardson. Both men have six knockouts each to their name and are looking to climb the incredibly competitive Cage Warriors welterweight division with another impressive finish. Steve Aimable, fresh off a 14-second knockout win at CW97 last month, will face Josh Abraham, who has ended every one of his five wins within the distance.