by MMA UK
in Cage Warriors
0 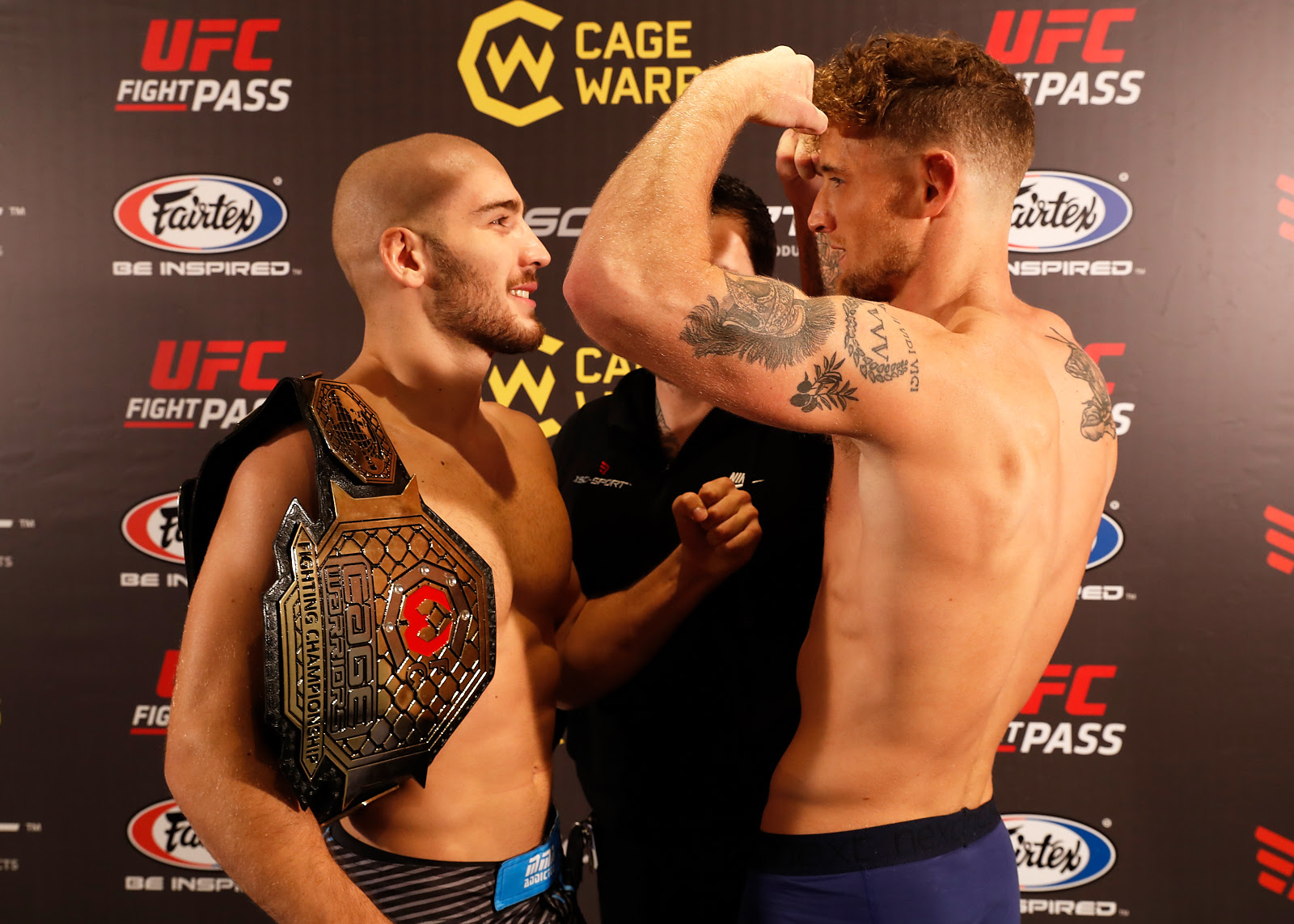 Athletes from seven European countries met in Birmingham today to kick off CW98 fight weekend, and weighed in for tomorrow night’s huge card at the Genting Arena.

In the CW98 main event, welterweight champion Stefano Paternò puts his title on the line at against the undefeated Ross ‘The Hitman’ Houston. The Italian champion came in at 169.1lbs before locking heads with Houston, who came in at 169.4lbs, in the first stare down since the fight was announced. Whatever happens in the cage, the undisputed king of the European Welterweight ranks will be decided tomorrow night.

With Alan Carlos not able to compete at CW98, his bout with Yannick Bahati was removed from the card in an announcement yesterday, making the Featherweight Title eliminator bout between Scotland’s Paull McBain (145.6lbs) and hometown hero Aiden Lee (145.9lbs) – one of the critics’ early picks for fight of the night – Birmingham’s co-main event. 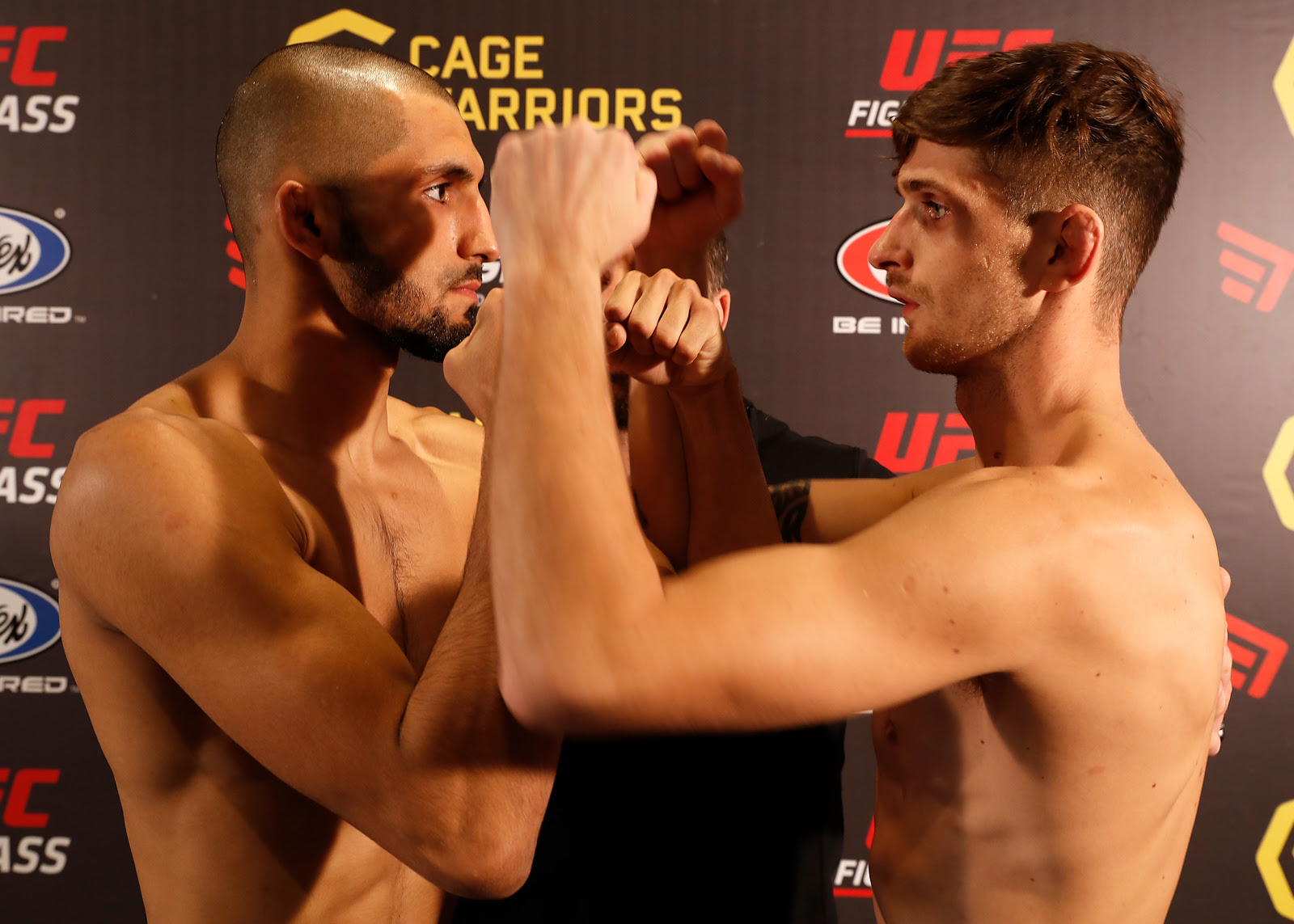 On the other side of the tournament draw, Dean Truman (145.2lbs) meets Lewis Monarch (145.3lbs) for a shot at the belt. Both men also made weight without issues, meaning we’ll have a world title fight decided by the time tomorrow night is over. 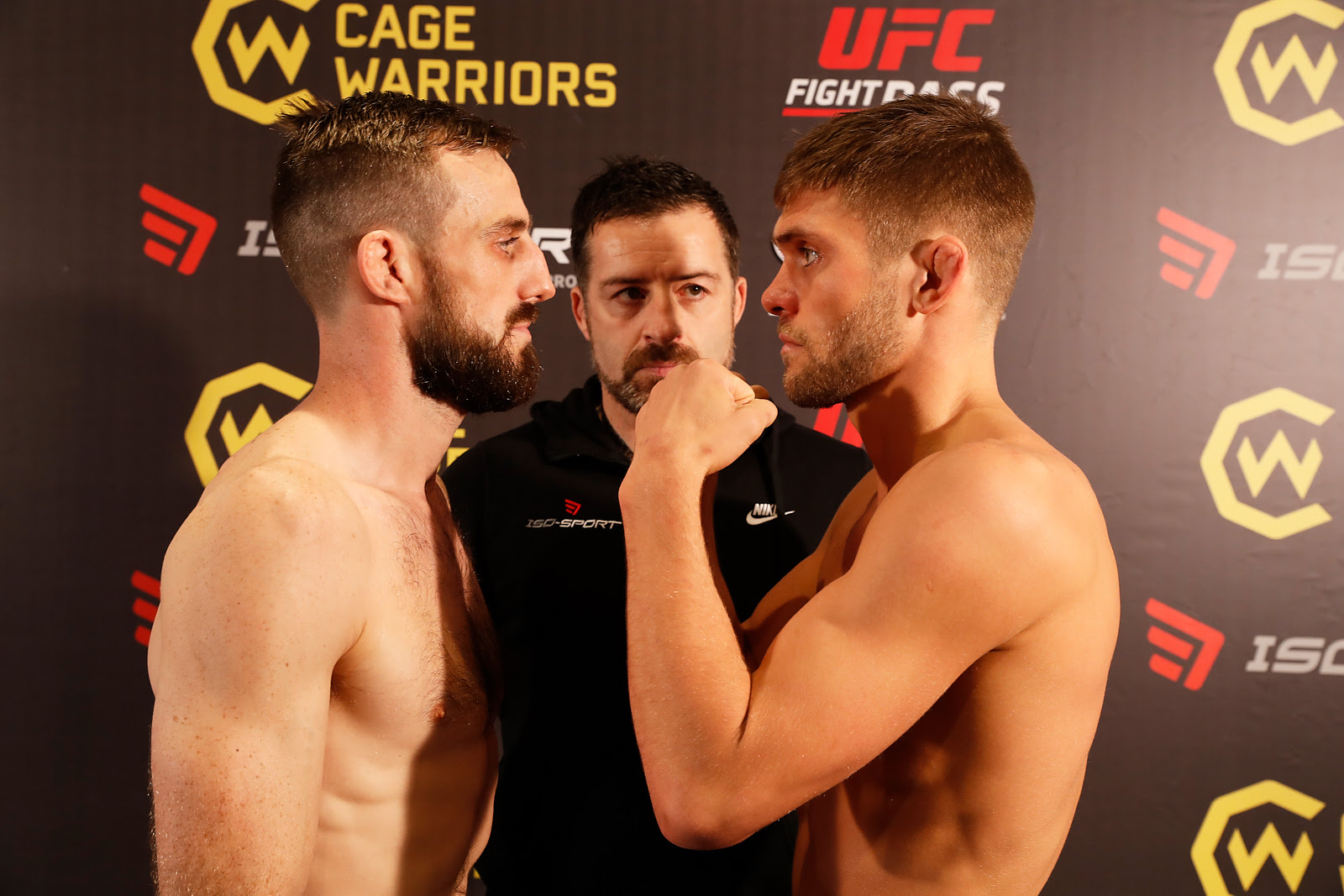 Welterweights Adam Proctor and Angelo Rubino took to the scales at 170.7lbs and 170.9lbs respectively. Proctor’s multi-fight Cage Warriors deal was one of the most exciting signings of 2018, but Rubino proved he’s a problem for anyone in Europe after finishing his last fight via liver-kick TKO. There’ll be plenty of eyes on this one to see which man moves up the massively competitive Cage Warriors welterweight ranks.

Opening up the main card is a lightweight contest between Norway’s Alexander Jacobsen (155.6lbs) and the U.K’s Perry Goodwin (155.3lbs). Both men have devastating power and the ability to end the fight at will, so the odds of this one reaching the later rounds are slim.

Limited tickets are still available HERE and on the door on Saturday night, but fans are advised to book early this week to avoid disappointment.

The CW98 Pro Prelims (from 6.45pm UK time) will be LIVE and FREE worldwide on the Cage Warriors Facebook page, before the Main Card kicks off at 9pm on BT Sport 2 and UFC Fight Pass.