Demetrious Johnson on why the ONE-UFC deal really happened

by MMA UK
in ONE Championship, UFC
0

It’s official. The UFC trade Demetrious Johnson to ONE Championship.

In exchange, Ben Askren is heading to the UFC.

I woke up this morning with a strange feeling. The devastating loss of DJ sunk in. I thought to myself why does this matter? DJ will continue to fight under another promotion.

It’s not that I’ll never see him fight again, we all will, it’s the new era of MMA that comes with this monumental trade. The era in which the #2 Sherdog ranked pound-for-pound fighter is a marketing nightmare.

The former-champion defended his title 11 times. It was a split decision win for Henry Cejudo that would end his flyweight reign. Cejudo immediately called out Bantamweight Champion TJ Dillashaw.

It set the wheels in motion for a champ vs. champ super fight. Yet, outspoken UFC president Dana White kept quiet. If he doesn’t want something to happen, it doesn’t. The UFC‘s silence meant the powers that be want momentum to gather. 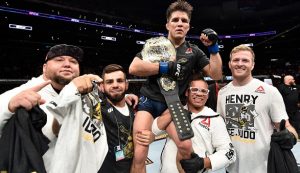 Fans started turning on him and lost respect for the division. Believing that DJ was nothing more than a can-crusher. The truth is, he’s not, he’s that good.

He shut down his opponents game with true style and technique, time and time again. How did we get here? How does the biggest MMA promotion end up trading one of the best technical fighters on the planet? Let’s rewind…

The UFC, Dana White and Demetrious Johnson (#2 Sherdog ranked P4P fighter). It sounds like a match made in heaven, except for one part of this equation, Dana White.

UFC president Dana White made a public statement on TMZ Sports saying “DJ never got the love he deserved from fans”. And did White have a hand in turning fans against him?

Things began to fall apart in 2017 when DJ requested to fight Joseph Benavidez or Sergio Pettis. UFC wanted Ray Borg. It got booked.

Over in the bantamweight division, Cody Garbrandt was set to take on TJ Dillashaw. Garbrandt gets injured. Dillashaw calls out DJ.

The UFC then wants DJ to fight Dillashaw for the same amount as Borg. DJ says no when the UFC rejected his stipulations on TJ missing weight and his fight purse.

In an interview with MMAfighting.com DJ said –

“First, TJ has never fought at flyweight and is unlikely to make the weight, which would then eliminate the possibility of breaking the title defence record. Second, they have already told me that a fight between Cody and I wouldn’t be sellable, so fighting TJ would have no monetary upside. Third, TJ is not a flyweight or a current champion in another weight class and was KO’ed by the flyweight whom I beat twice already. Last, Ray Borg and I already agreed to the fight, which UFC tyrannically demanded, while denying me any future PPV points. After telling Dana my reasons, Dana angrily told me that I am fighting TJ, once again, with no other option or say in my career, and against the plans, we had previously laid out. He went on further to say that if I didn’t take the fight against TJ, and drop Borg as the opponent, he would get rid of the entire flyweight division.” 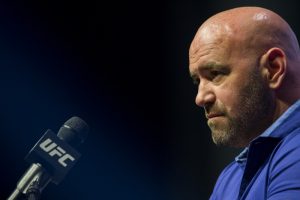 Falling out of favour with the president could have been the writing on the wall for the former champion. It wasn’t long before White started to make his thoughts on DJ public when he dropped this news to MMAjunkie.

“The complete fucking opposite of Conor McGregor”

“You want Ray Borg, we’ll give you Ray Borg. I don’t want to hear any shit if it’s not the blockbuster event you expect it to be.”

This has less to do with promotion and more to do with tyranny. In what can only be explained as the UFC’s stance to not promote DJ has a mixed martial artist.

DJ on MMAfighting.com – “UFC has failed to market and promote me appropriately. Prior to my last fight, where I tied the record for the most consecutive successful title defences, we waited to re-post UFC’s social media posts about me from their Facebook page. There weren’t any posts until a few days into fight week, then, there were a total of two posts. In comparison to others who they promote across their social media platforms, they failed to do their job in promoting me and that monumental event. In my recent conversations, Sean and Dana have confirmed UFC’s lack of desire to put any effort into promoting us.”

The UFC appears to have a vision. As we have seen, the sport is transitioning to an entertainment sports brand. Where big characters are needed to represent the company image. T

he days of a quietly confident Royce Gracie stepping into the octagon are far behind us. As we step into a new era of the UFC.

Will Demetrious gets the promotion he deserves under his new home in One Championship. I hope so. More importantly, can he prove the UFC wrong?

Leave your thoughts in the comments below.

The Best UK and Ireland Grappling Tournaments To Enter This Winter...