UFC Fight Night 139 at the Pepsi Centre in Denver, Colorado will be broadcast in the UK on BT Sport 2 this Sunday 11th November. Prelims at 1:00 am, the main card at 3:00 am. Exclusive UFC Fight Pass Early Prelims begin at midnight.

Yair Rodriguez hasn’t fought since UFC 211: Miocic vs Dos Santos II in May 2017 – a loss against Frankie Edgar. Before that, he was on an 8-fight winning streak with wins over BJ Penn, Alex Caceres, Andre Fili and Dan ‘The Hangman’ Hooker. He was scheduled to fight at UFC 228: Woodley vs Till in Dallas, Texas against #14 Zabit Magomedshapirov (16-1-0) but was forced to pull out of that fight due to injury two weeks before it happened.

Much has been made of Yair‘s layoff, but The Korean Zombie hasn’t fought since his first round KO of Dennis Bermudez at UFC Fight Night 104 in Houston, Texas about three months earlier – and before that, his last fight was a fourth-round TKO defeat in a title fight against then featherweight king Jose Also in August 2013 at UFC 163 in Rio de Janiero, Brazil.

Chan Sung Jung earned his nickname for his ability to take heavy punishment and keep marching on, ideal for brawling, but Yair Rodriguez is a black belt in Tae Kwan Do and is known for his lengthy kicks – he will be striking from a distance while The Korean Zombie tries to close the distance and make things ugly. 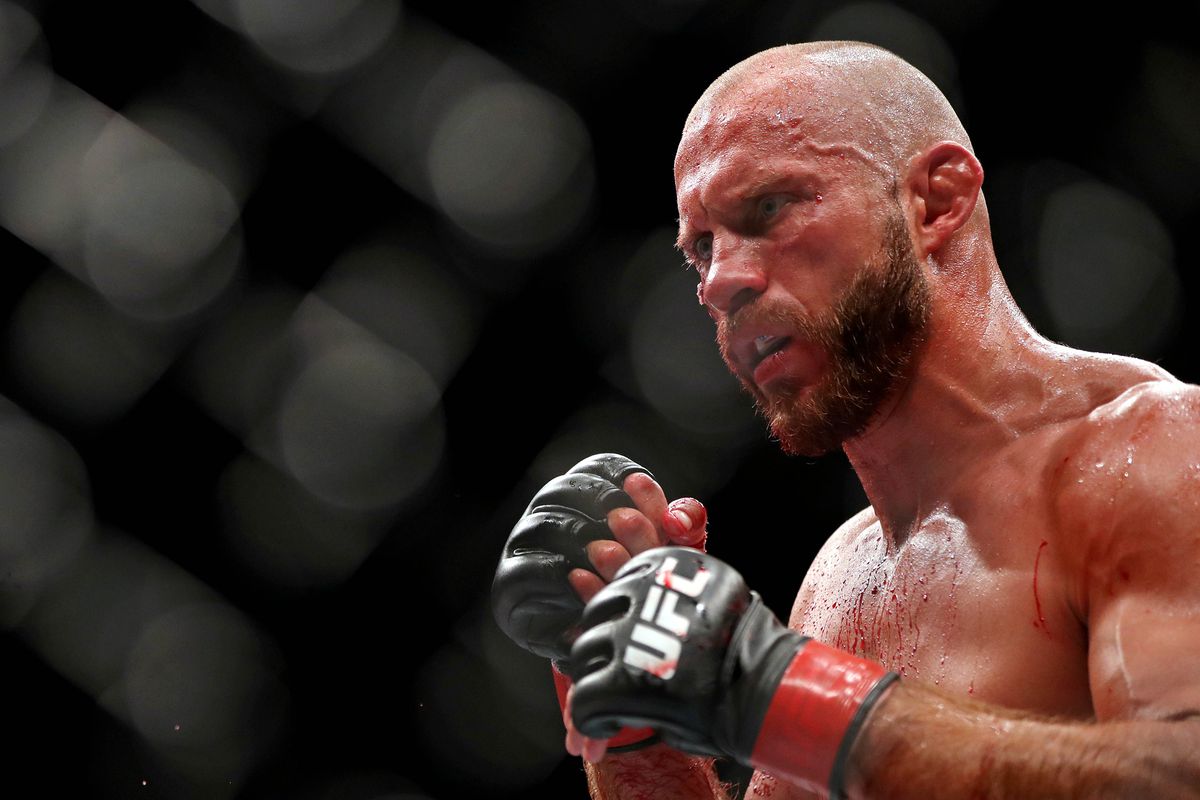 The co-main event of the evening is a welterweight clash between #12 Donald ‘Cowboy’ Cerrone (33-10-0, 1NC) and ‘Platinum’ Mike Perry (12-3-0). Cerrone has fought for the UFC since 2011 but has unfortunately lost four of his last five fights. Perry has only fought in the UFC for two years and he has won five of his eight fights for the promotion. Donald Cerrone is known for training on his own private ranch but also goes to Jackson Wink MMA in Albuquerque, New Mexico from time to time. Perry found a new home for himself with trainers and owners Greg Jackson and Mike Winkeljohn, and when Cerrone came to train for his upcoming fight with Platinum Mike he was insulted when he perceived the team to be ‘siding’ with Perry. Cowboy spoke about the issue during his media scrum for the event:

It's pretty clear that nothing has been resolved between @Cowboycerrone and coach Mike Winkeljohn heading into #UFCDenver. Watch the media day live stream here: https://t.co/3uyEBUqtic pic.twitter.com/hqYm0AxQJS

Ray Borg has due to appear in a flyweight bout against Joseph Benavidez but pulled out due to injury. Borg‘s last scheduled fight was also cancelled – he was due to fight Brandon Morena at UFC 223 in Brooklyn, New York before Conor McGregor and co. infamously attacked a bus containing Khabib Nurmagumedov in the loading bay of the Barclays Centre in Brooklyn. Ray Borg was on this bus and piece of shattered glass cut his eye. Doctors did not allow him to fight.

Here are all the fights that are scheduled for UFC Fight Night 139: