Brave Combat Federation has confirmed the full fight card for the promotion’s debut in South Africa. Brave 19 will be held on December 8th, at the Sun City Resort, in South Africa and will feature the debut of highly-touted welterweight Adam Townsend. The American will face Mark Hulme in the main event of the evening. Also set for fight night is the highly-anticipated return of Carl Booth from England to face Dino Bagattin from South Africa in the main card.

The co-main event will feature a battle of bantamweights trying to get back into the win column. Former title challenger Frans Mlambo is coming off two losses and will face Arnold Quero from France. David Bear from France will make his return to face the dangerous contender, Pawel Kielek from Poland. The Polish sensation is coming off the biggest win of his career, against Mehdi Baghdad, and hopes for another victory. Ireland’s Will Fleury also returns to the Brave Combat Federation after a victorious debut. Fleury faces Carlos Graca. The other bout features Cedric Doyle against Gareth Buirski and Nkosi Ndebe against Ahmed Faress in featherweight bouts, IMMAF Gold Medalist Abdul Hussein will return after his loss at his promotional debut with Brave Combat Federation to face Sylvester Chipfumbu in a flyweight bout. Hanru Botha will face Alex Martinez and Francois Meyer will face Jan Paul Ronge in lightweight bouts.

The initiative is the largest combat sports festival ever held in South Africa. Brave Combat Federation also announced broadcast partnerships with StarSat and VodaCom secured through Scuffle Media to broadcast the event live in the region. Brave 19 marks the first time a global promotion will be having an event in South Africa. 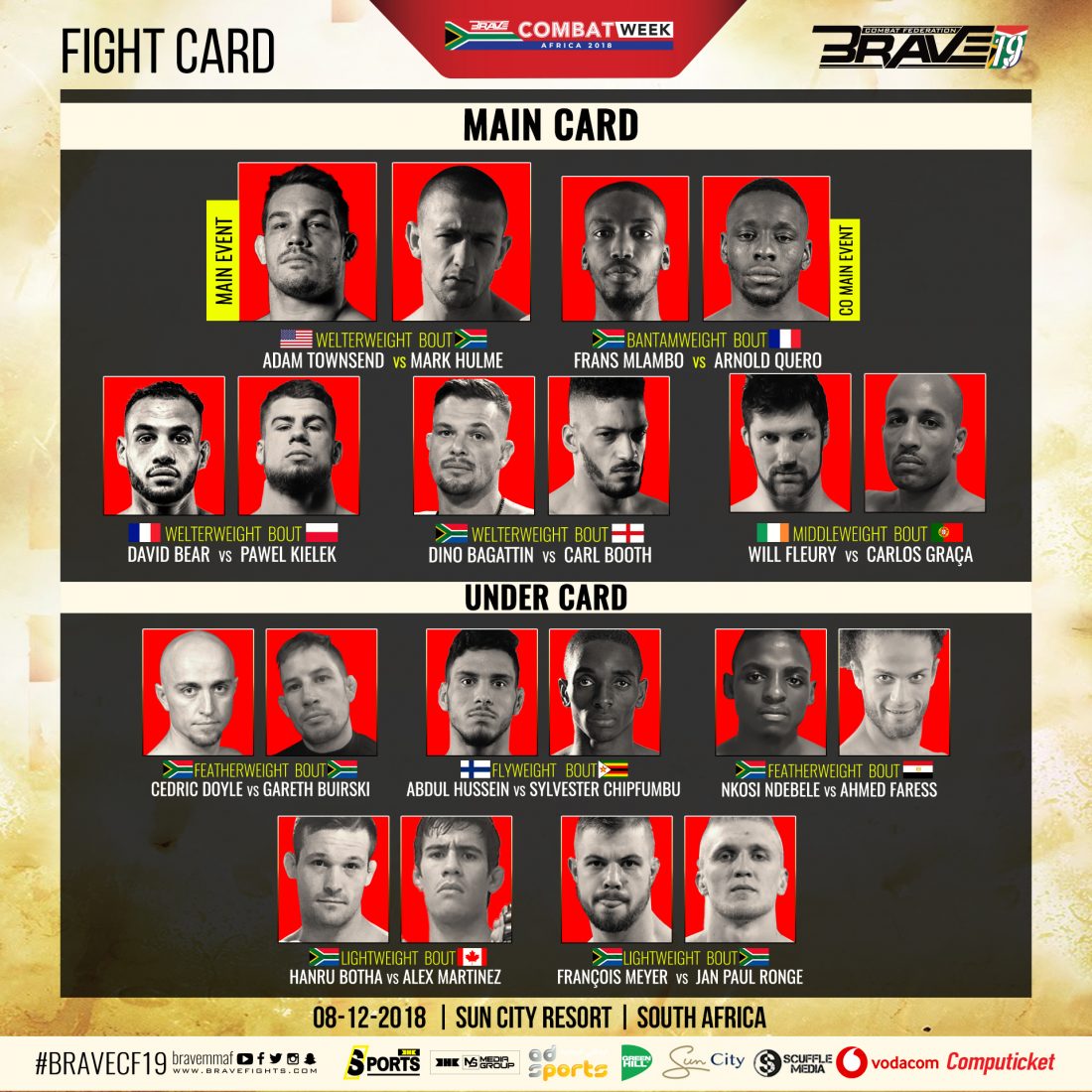 UFC to open Performance Institute in Shanghai in 2019