by Mick Kane
in MMA News
1

Karate Combat has today announced an expansion for 2019, including the creation of a championship structure.

Karate Combat will again travel the world showcasing full contact karate, like the past season, expect exotic and unusual locations. One such arena used was the location for the first modern Olympics in Athens for Karate Combat: Olympus.

The league has announced 10 events for next year, travelling to Japan, China, Brazil, France and Spain.

The first event kicks off from Hollywood, California on January 24th. The coverage will see the return of combat announcer Sean Wheelock and MMA and combat sports legend Bas Rutten.

Included in the first show is England’s Jerome Brown and a debut for Scotland’s Calum Robb. Brown faces Abdallah Ibrahim of New York while Robb also takes on a New Yorker in Elhaji ‘Black Magic’ N’Dour.

“We’re excited to expand Karate Combat in its second season with a more defined and expansive structure,”  said Michael DePietro, CEO of Karate Combat via an official press release. “Our mix of intense, full contact action and respect for traditional martial arts virtues is resonating far and wide.”

The league also announced a new competition structure, with title and challenger bouts at every event. In addition, Karate Combat will soon announce a series of non-title and qualifier events.

The full card for the Hollywood event will be released soon.

Robb is raring to get started, “In short, I’m chomping at the bit to get in that pit!” Robb said.

“There is also no better feeling than fighting for your country, so I’m hoping that the general public and fight enthusiasts get behind me. However, I do know a good performance will be required to gain the respect of some, particularly as I am relatively new to the full contact circuit. 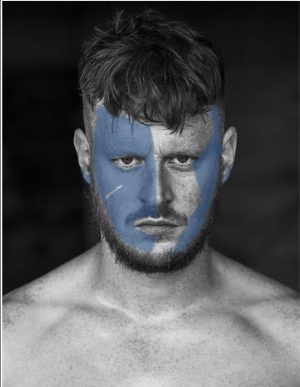 “Since we last spoke several months back, I have undergone both massive physical and mental transformations. As a result, I am now feeling fitter and stronger than ever as evidenced by losing around 19 kg in 3 months and currently carrying <10% body fat, the lowest body fat percentage I’ve ever attained in my life!”

Robb has been training Muay Thai, which he feels will benefit his transition to full contact karate.

“I also feel more honed, both physically and mentally, for full contact fighting since becoming a more experienced Muay Thai fighter under the watchful eyes of my elite coaches Roan Morrison, Wojtek Oleksyk and Craig Dickson at the notorious Hanuman Thai Boxing Gym in Edinburgh.

“This good work hasn’t gone unnoticed by others and as a result I am now sponsored by Combat Sports Gear (@combatsportsgear_uk), Powerhouse Fitness (@powerhousefitness_uk), and Alba Sports Nutrition (@albasportsnutrition) ensuring that I have the best quality fighting and training equipment as well as the best nutritional supplements day in, day out and on the lead up to my Karate Combat fights. I feel I now have the optimal environment and team assembled to excel in Karate Combat.”