by Lewis Smith
in UFC
1

Former Cage Warriors Champion Chris Fishgold comes face to face with Swedish striker Daniel Teymur this weekend at UFC Prague, in a match up that is sure to excite fans across the UK. 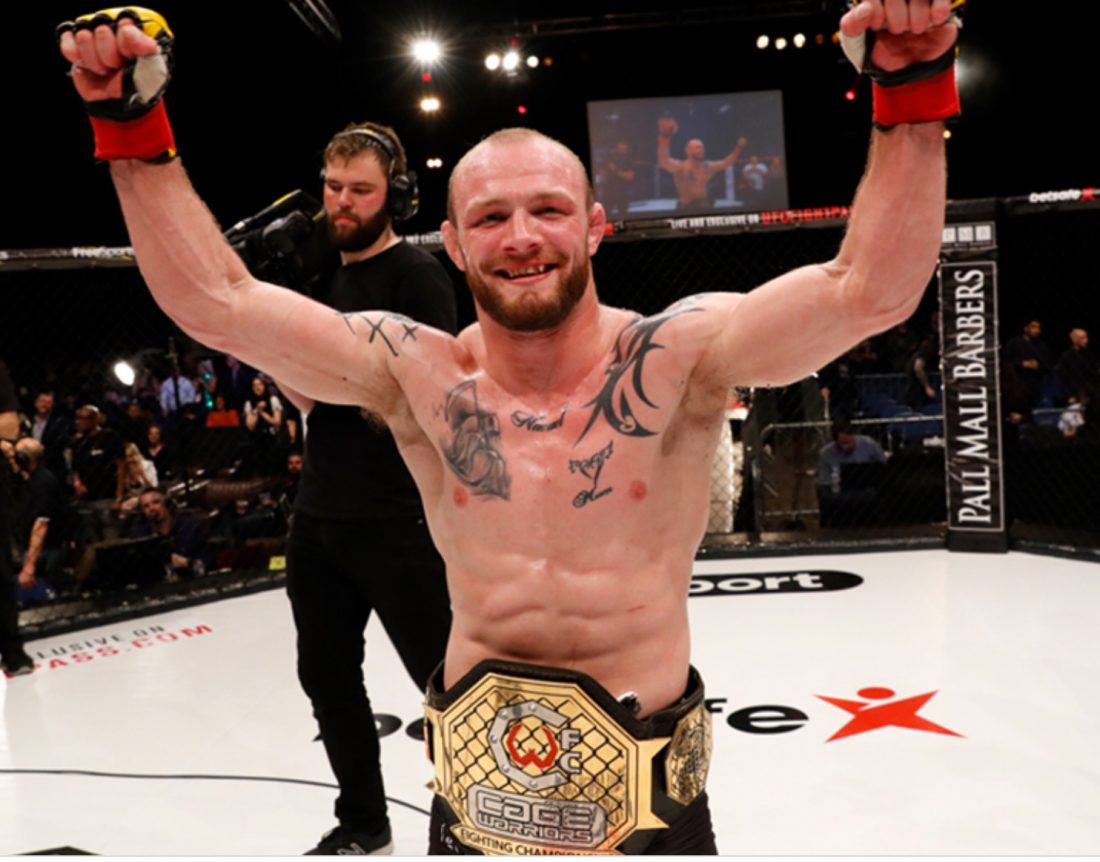 Despite coming off a first round TKO loss to Calvin Kattar in his UFC debut in Moncton, Canada last year- the Liverpudlian lightweight will head in to the bout with his confidence as high as ever.

“I think I have the advantage against Teymur, he is very one dimensional and I’m a mixed martial artist; I can fight anywhere,” said Fishgold. “I know he’s coming off two losses and if he’s learnt from them he could come out very composed. I need to play it as it comes. It’s going to be a good fight.”

The 26 year old, fighting out of Next Generation gym in Liverpool has also shown faith in the preparation he’s done in the build up to his second UFC appearance. “It’s been amazing, I’ve done everything right in my eyes and it’ll show this weekend. I can’t wait to get in the Octagon and show off my hard work.”

“I’m back to the same old Fishgold, the fans are in for a treat. It’s going to be an exciting match-up.”