On February 16th Strike and Submit made their début appearance at Aberavon Leisure Centre, in front of a packed out venue. 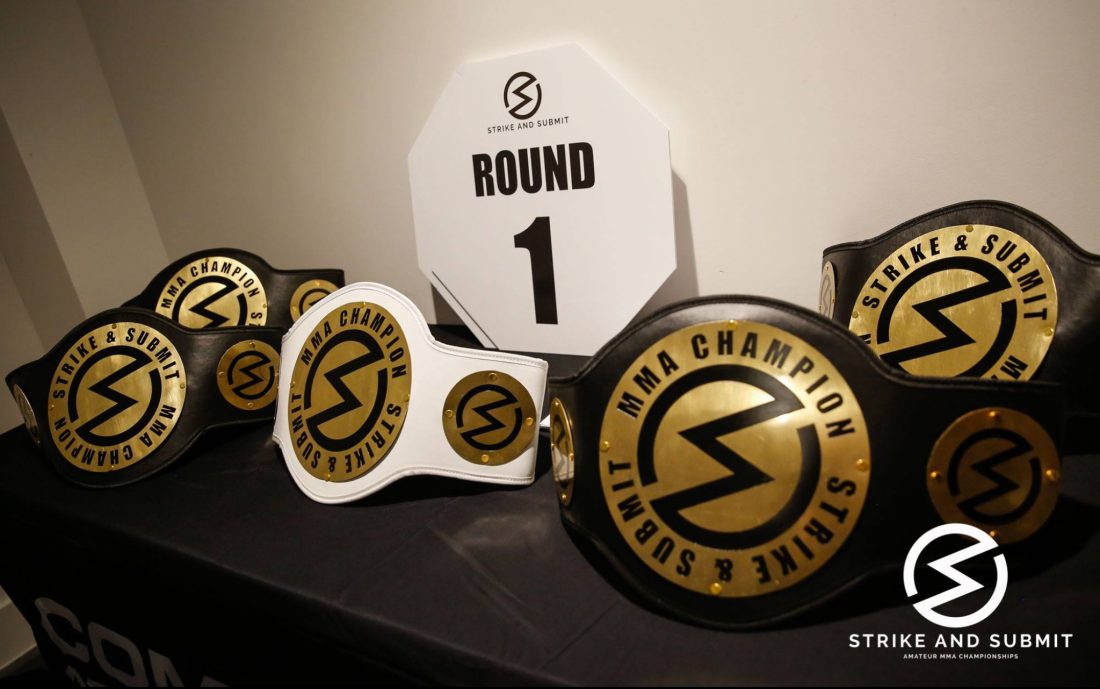 The card would be headlined by local favourite Glenn Williams, as he took on Scottish prospect Jamie Macdonald, in a high-level amateur match up. The event set out to promote grassroots fighters who competed in the unified amateur rules, as well as the no head shots format. After heading across to report on the evening I was surprised to see such a strong level of competition, and a high level of production on display, particularly for a debuting show.

Situated on the coast, near Port Talbot, Aberavon leisure centre proved an excellent venue for the first appearance of the Strike and Submit promotion. With a mixture of balcony and ground seating, added to a large standing crowd, all fans in attendance were able to get a clear and enjoyable view of the fights. The close intimacy of the sports hall also gave the evening a superb atmosphere, with hundreds of Welsh and Scottish fans making their voices heard throughout. Familiar faces could also be seen in the crowd, with Welsh UFC star Brett Johns making an appearance as a judge, and Cage Warriors Welterweight Champion Ross Houston attending the event to corner teammates.

The evening began with a string of no headshots matchups, with the less experienced fighters taking to the cage to learn their craft. While at first, it was a different experience watching this rule set as a spectator, eventually I began to see it for what it really was – a superb stepping stone for younger competitors to make the transition to the unified amateur rules – and a vital lifeline for the development of future talent in Welsh MMA. 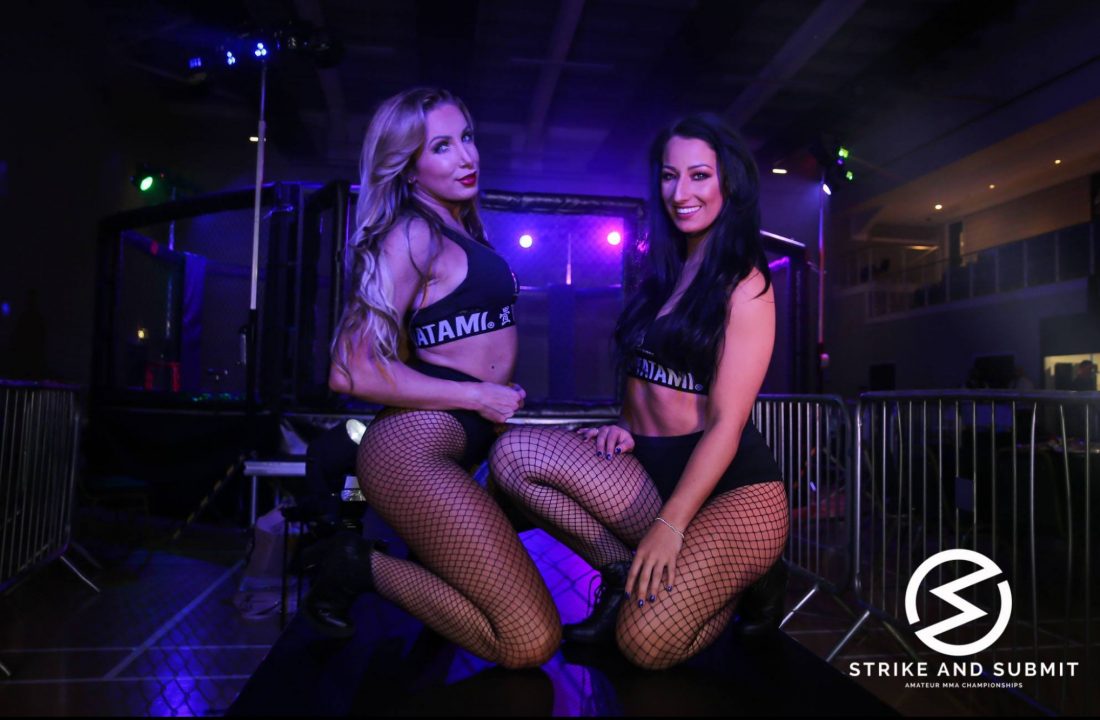 I’ve heard certain criticisms for the no headshot rules in the past, though none now hold any weight in my opinion. These statements were echoed by fighter and promoter Kevin Cox, who spoke of the importance of such events for the development of Welsh talent, by saying, “There’s a huge gap, when you have guys in the gym training and they want to fight, but you can’t just put these guys straight on Cage Warriors. Inevitably they need a platform, and I think this is the perfect answer for it.”

After watching a very technical amateur fight between Rhys Hughes and Greg Cuthbert, that saw Hughes take the victory by decision, it was on to the highly anticipated main event. A Celtic match up between Wales’s Glenn Williams and Scotland’s Jamie Macdonald, as the pair battled it out for the Strike and Submit light heavyweight championship. 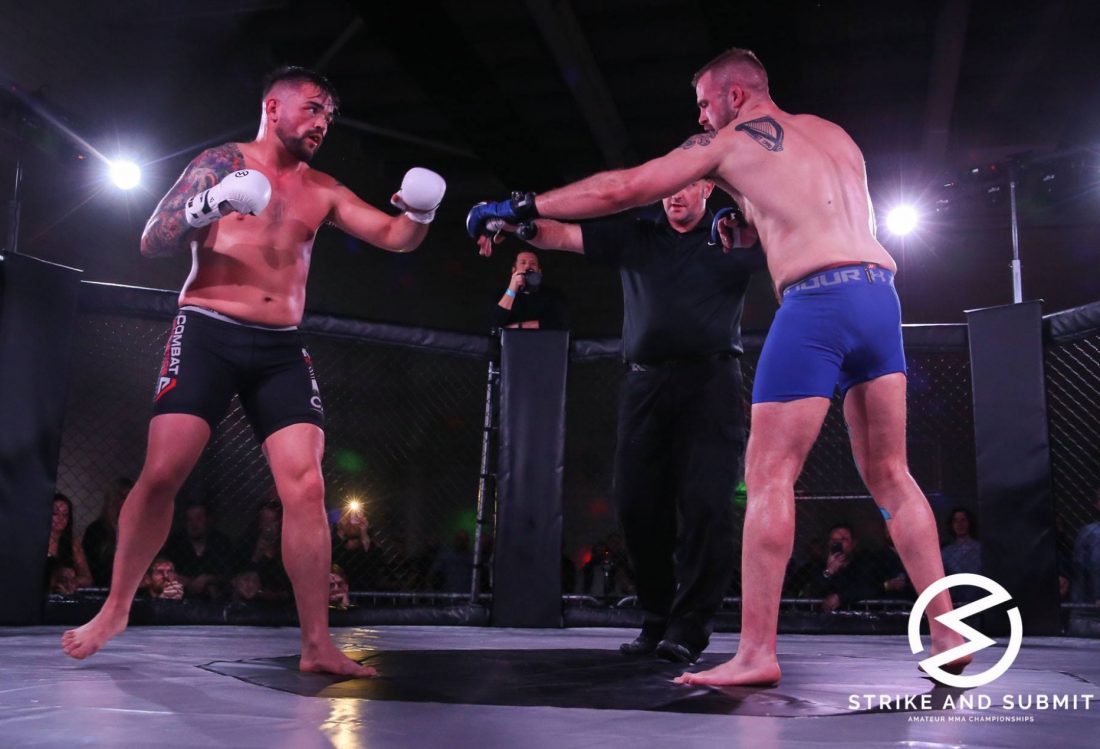 It was a fight many had been looking forward to for weeks and it certainly didn’t disappoint, eventually turning in to what was one of the most exciting amateur match ups I’ve seen. It was a high paced fight that saw both men have their moments early on. Despite Macdonald controlling the action early, however, it was Williams who finished the stronger, outworking Macdonald in the championship rounds, and grinding out a hard-fought decision. With such a good performance in the bag, I predict big things for both athletes in the future. 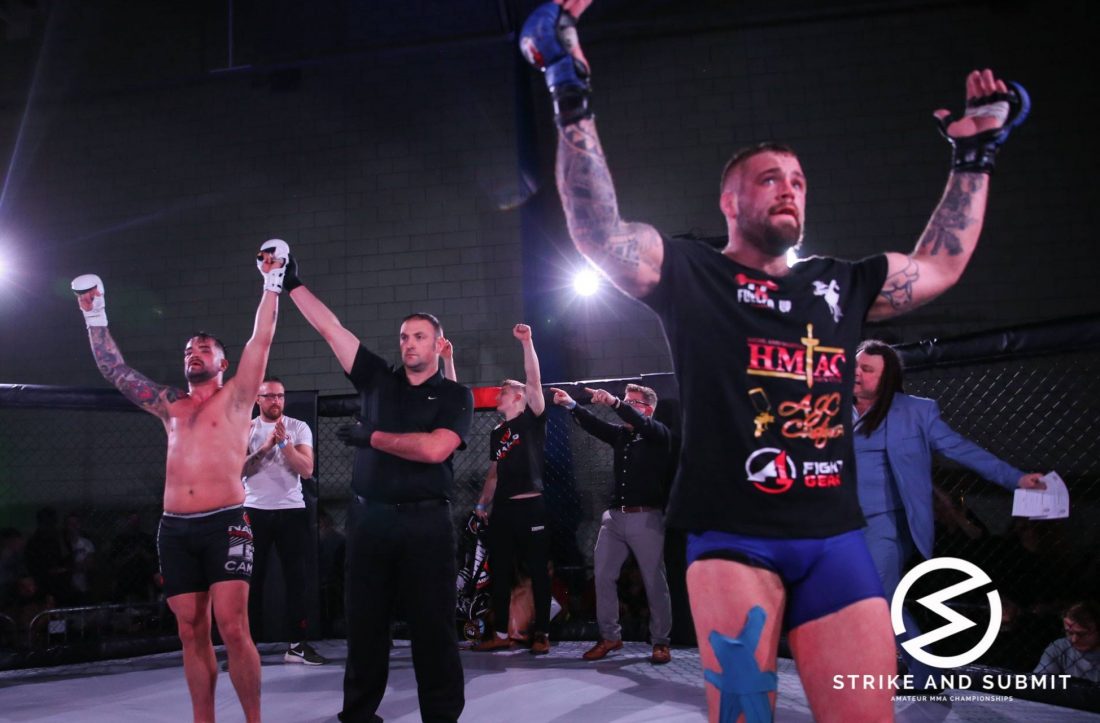