by Frankie Anderson
in ONE Championship
1

This Friday night, 17 May, ONE: ENTER THE DRAGON is set to go down at the Singapore Indoor Stadium. Aside from a compelling main event contest between reigning ONE Lightweight World Champion Shinya Aoki and challenger Christian Lee is a bevy of exciting matchups.

On the list of definite must-see action on the card is the first round of the ONE Featherweight Kickboxing World Grand Prix, featuring eight of the world’s best strikers currently signed to the organization’s ONE Super Series.

During the official kick-off press conference for ONE: ENTER THE DRAGON on Tuesday, ONE Championship Chairman and CEO Chatri Sityodtong announced that the winner of the tournament will receive a USD $1 million cash prize.

“8 of the world’s best strikers compete for US$1m in the single greatest kickboxing world grand prix in history. Every single fight is World Champion vs World Champion. And it all begins this Friday May 17 in Singapore,” Sityodtong announced on his official Facebook account shortly after the press conference. 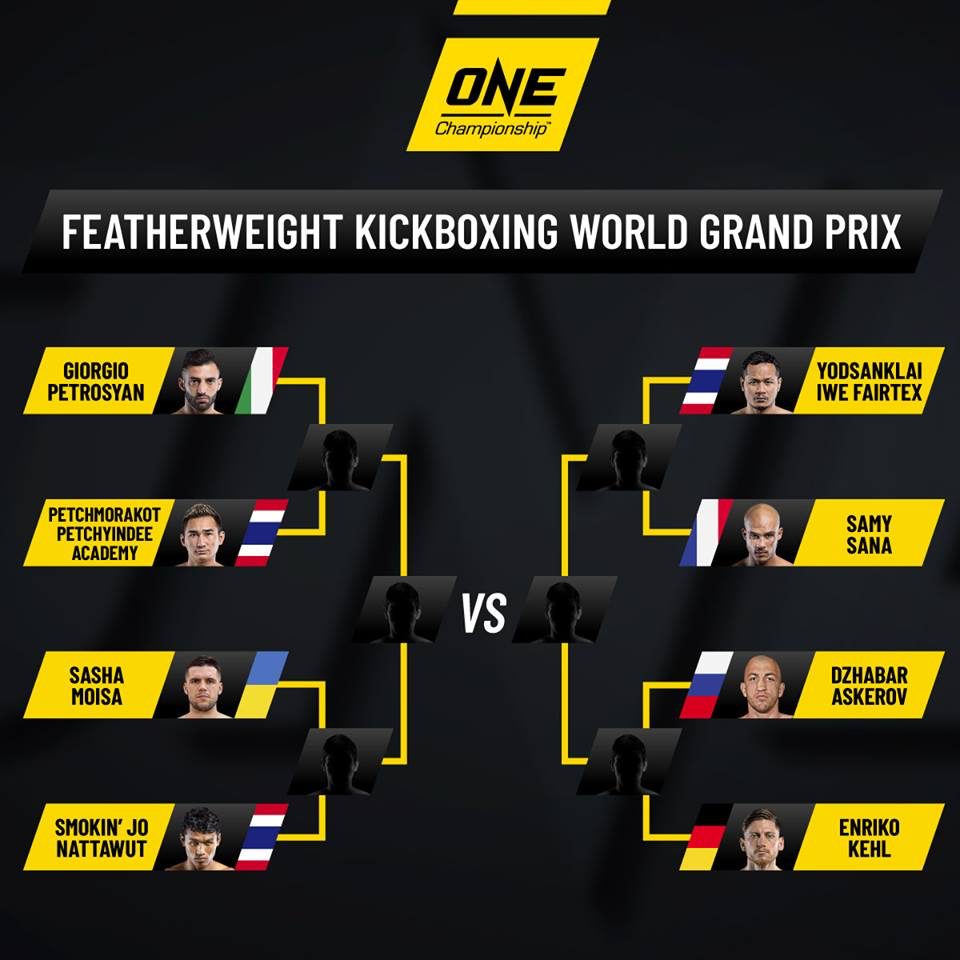 Among those competing in the ONE Featherweight World Grand Prix are some of the biggest names in striking martial arts such as Kickboxing and Muay Thai. These athletes include Thailand’s Petchmorrakot Petchyindee Academy, the legendary Yodsanklai IWE Fairtex, and Italian superstar Giorgio “The Doctor” Petrosyan.

There is surely no shortage of talent competing in this ladder based tournament, and all four Quarter-Final matchups are set to take place at ONE: ENTER THE DRAGON.

If emerging the victor in the talent-rich tournament, which will undoubtedly crown the absolute best in the world, then the cash prize should be more than enough motivation for the participants.

In addition to the exciting main event, ONE: ENTER THE DRAGON also features a World Title bout between Nieky “The Natural” Holzken and his countryman Regian “The Immortal” Eersel, which will crown the inaugural ONE Lightweight Kickboxing World Champion.