The Eventim Apollo in London is set to host the biggest event in Cage Warriors history on June 29th, and the latest addition to the card promises to be a title fight to remember.

UK flyweight Sam Creasey has battled his way to a title shot before but fell short in one of the most exciting fights of the night at CW92. Since then, he’s bounced back with 2 impressive wins over Coner Hignett and Andy Young, taking his record to 11-2. 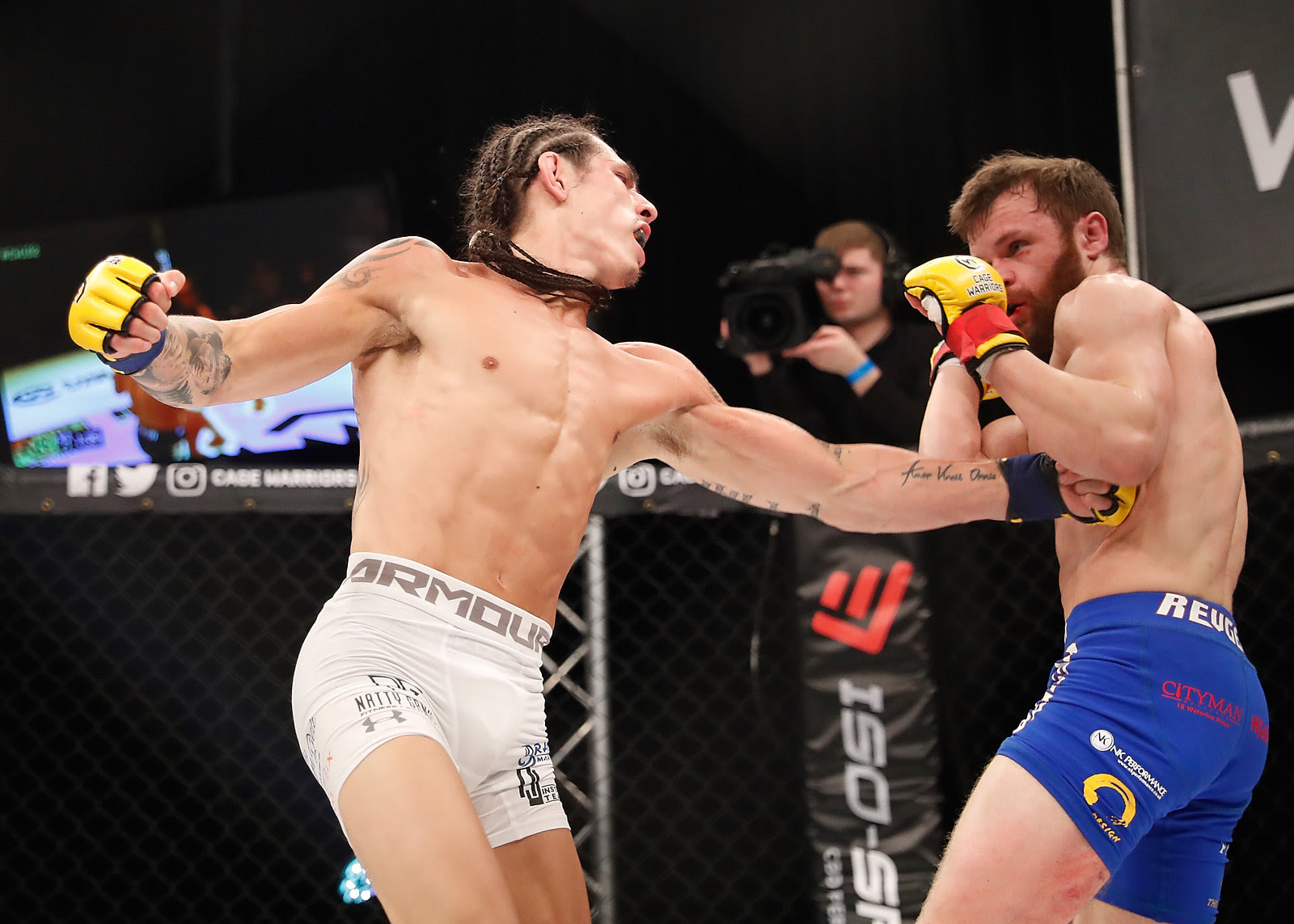 Across the cage from him on June 29th will be Samir ‘Silverback’ Faiddine, also with 11 wins to his name. Having recently claimed the title in another organisation, Faiddine is looking to add the coveted Cage Warriors belt to his collection and begin a championship reign with Europe’s leading MMA promotion.

Creasey and Faiddine were due to face off over 3 years ago at CW80. With both men becoming two of the most elite flyweight contenders in Europe since then, it’s a perfect time to re-schedule this one – this time with the title on the line!

The last time Cage Warriors put on a ‘Night of Champions’ card, the crowd was treated to an incredible showing from Michael Bisping, Dan Hardy, Antonio Silva and others who later went on to become worldwide UFC stars. 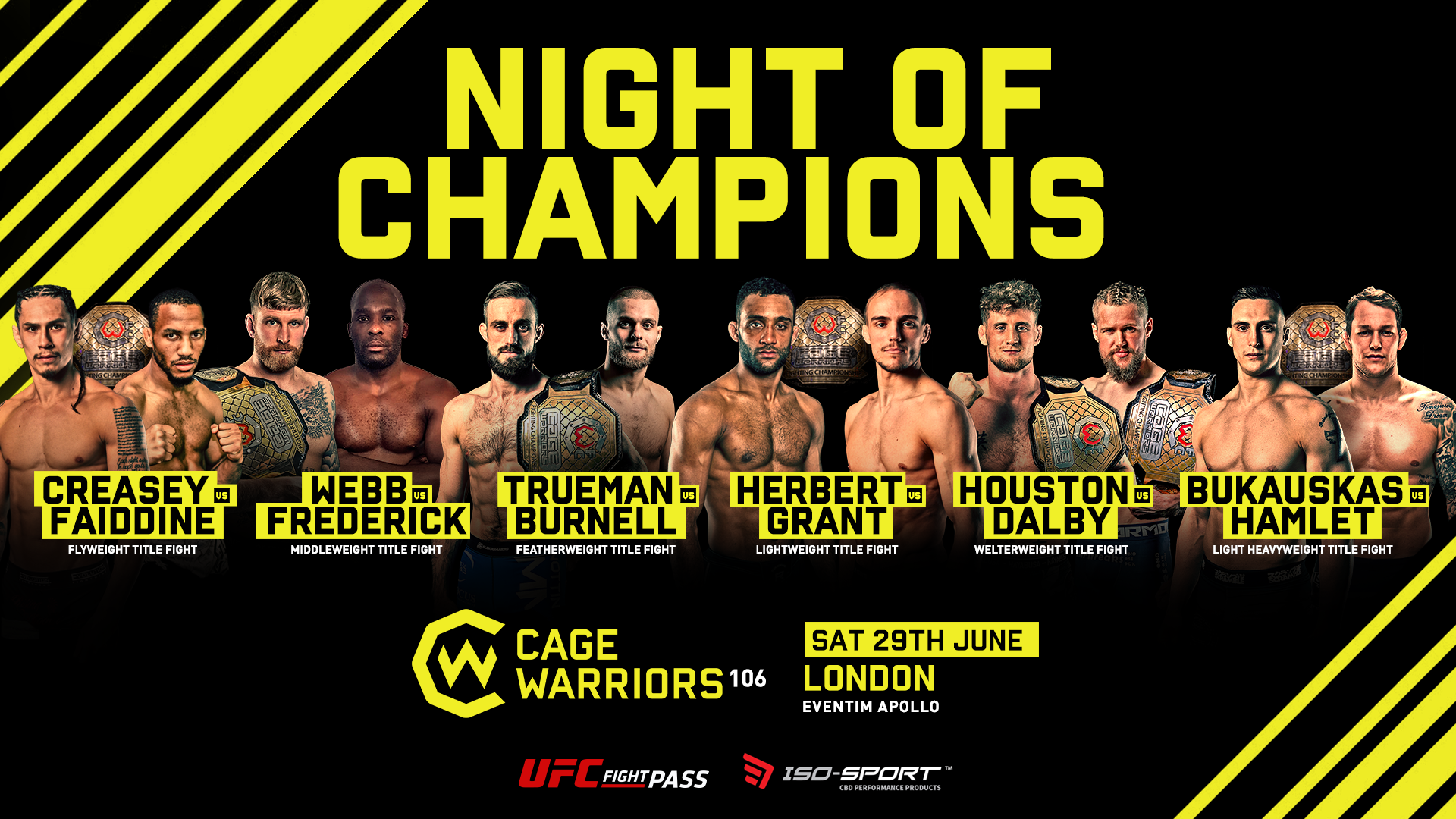 See below for the incredible card so far – with more to be an announced! Tickets for CW106: Night of Champions are on sale HERE.