Chael Sonnen retires from MMA: The legacy of ‘The American Gangster’

Last night ‘The American Gangster’ Chael Sonnen announced his retirement from the sport of Mixed Martial-Arts after suffering a loss to Lyoto Machida. Despite going out on a loss, Sonnen leaves behind quite the legacy, and he will no doubt go down as a real legend of MMA. 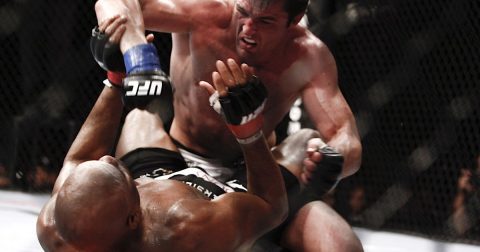 When you think of Chael Sonnen, one of the key things that stands out to you will likely be his legendary rivalry with Anderson Silva. Not only is this one of the greatest rivalries in the sports history, but without these fights, the two wouldn’t be where they are now. The build up, the promos and back and forth between Sonnen and Silva gained the attention of the fans, and when the fight came around it did not disappoint.

Sonnen pushed Silva to his limits, making the untouchable Silva appear human. But when on the verge of UFC gold, Silva caught Sonnen in a submission in the final round and despite his attempts to escape, it was no use. Sonnen was forced to tap. Even though he lost, Sonnen made history that night by defying the odds as well as the critics when he nearly dethroned arguably the greatest of all time. 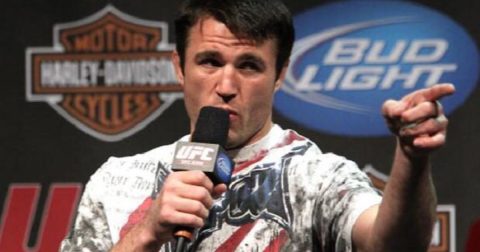 Before Conor McGregor, there was Chael Sonnen. No one could verbally whoop their opponent like Sonnen. When that man picked up a microphone, you’d always expect a scurrilous attack and in a variety of creative ways.

Chael was the first man in MMA to really capture the classic combat sports trash talk, allowing the sports reputation as well as his own to get a significant boost. Without his mic skill, his many rivalries wouldn’t be remembered the way they are now if not at all. He brought such character with him in and out of the octagon. Whether he was liked or disliked by the public was irrelevant to him, he commanded attention, and he got it. ‘The Bad Guy’ was a great heel as well as a face.

After the many ups and downs of his career, whether it was with his boss or his opponents, Chael goes out on his own terms. Although he’s hung up the gloves, this definitely isn’t the last we’ll see of him in the sport as he’s a continuous broadcaster and on-screen personality for both ESPN and Bellator.

Full Contact: France vs. The World - Four WKN titles are on the line in Nice