Kazushi Sakuraba entered the sport of mixed-martial-arts in 1996 with a professional wrestling background and a firm grasp of submission grappling. Recently turning 50, the now-retired Sakuraba is seen as one of the sport’s all-time greatest pioneers, and rightly so. Here’s why.

Not only is Sakuraba a central figure in terms of the growth of MMA, but the Japanese native also helped lift his country’s flagship organisation of PRIDE Fighting Championships to unprecedented heights, allowing it to compete against the UFC with ease. The most significant section of his nearly 20-year career is undoubtedly his run with PRIDE. Not only did PRIDE Fighting define him, but he also defined PRIDE Fighting. His rivalry with the legendary Gracie family remains the centrepiece of his career as well as one of the most iconic feuds in MMA, even to this day. 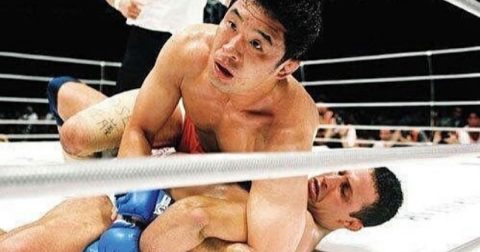 Over the course of a career-defining 13 months from 1999 to 2000, Sakuraba would earn the nickname ‘The Gracie Hunter’ when he defeated Royler Gracie, Royce Gracie, Renzo Gracie and Ryan Gracie. With his bout against Royce becoming one of the most prominent fights in MMA when it broke the record for the longest mixed-martial-arts fight of all-time. Sakuraba and Royce battled for a gruelling 90 minutes, concluding with Gracie’s throwing in the towel after six exhausting 15-minute rounds. It remains the highlight of Sakuraba’s career and an illustrious moment for MMA.

Though Sakuraba continued to compete in the sport well past his prime, he was one of the most entertaining fighters in the world in his heyday. His impact on MMA, especially in Japan, is of paramount importance when reviewing the evolution of the sport. His popularity in the PRIDE era was unrivalled. Sakuraba had such a resplendent image in and out of the ring. From his unpredictable entrances to his unorthodox and exhilarating fighting techniques, Sakuraba was a true showcase of MMA, win or lose. 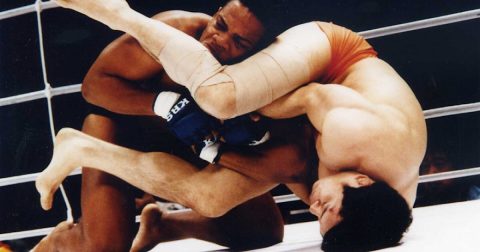 In the present day, ‘The Gracie Hunter’ is still held very highly in the world of MMA. Back in July 2017, Sakuraba was inducted into the UFC Hall of Fame pioneer wing. Sakuraba also often competes alongside his Jiu-Jitsu team in tournaments, so his presence is still felt in the martial-arts world in some form. It’s safe to say that he’s left his mark on MMA and created quite the legacy for himself.

Alesha Zappitella interview ahead of her fight at RIZIN 18