Rise of Champions: Two WKN titles are on the line this Saturday in Fraserburgh, Scotland

The World Kickboxing Network returns to Scotland this coming Saturday (July 20) with a pair of championship bouts contested at “Rise of Champions”. The event is presented by Albert Ross, taking place at the Fraserburgh Leisure Centre in Fraserburgh.

Top of the fight-bill features Mikey Shields of Scotland up against Cathal Dunne of Ireland. The pair battles it out for WKN Celtic Lightweight title in Full Contact. The encounter is scheduled for four rounds.

Also on the night, William Stewart takes on his country-fellow Rhys Cowan. The 68 kg MMA contest is scheduled for three rounds with WKN Scottish title on the line.

The undercard features a series of bouts in kickboxing and MMA with local and international competitors representing Scotland, Ireland and England.

Stephane Cabrera, President of World Kickboxing Network stated:
“We are happy to return to Scotland with this great event presented by Albert Ross, who has been devoted to kickboxing for over 30 years and has organised numerous shows. Rise of Champions is dedicated to building a new generation of kickboxing stars representing Scotland. We are looking forward to a spectacular show this Saturday and future events to come.”
Rise of Champions is one of two upcoming events in Scotland. It precedes WKN British Open held on August 3 at Fraserburgh Leisure Centre.

In addition, Rise of Champions is one of two championship events that the leading kickboxing federation presents this weekend. It is held alongside LNK Fight Night 12 taking place at SemaraH Hotel Lielupe in Jurmala, Latvia, also on July 20. 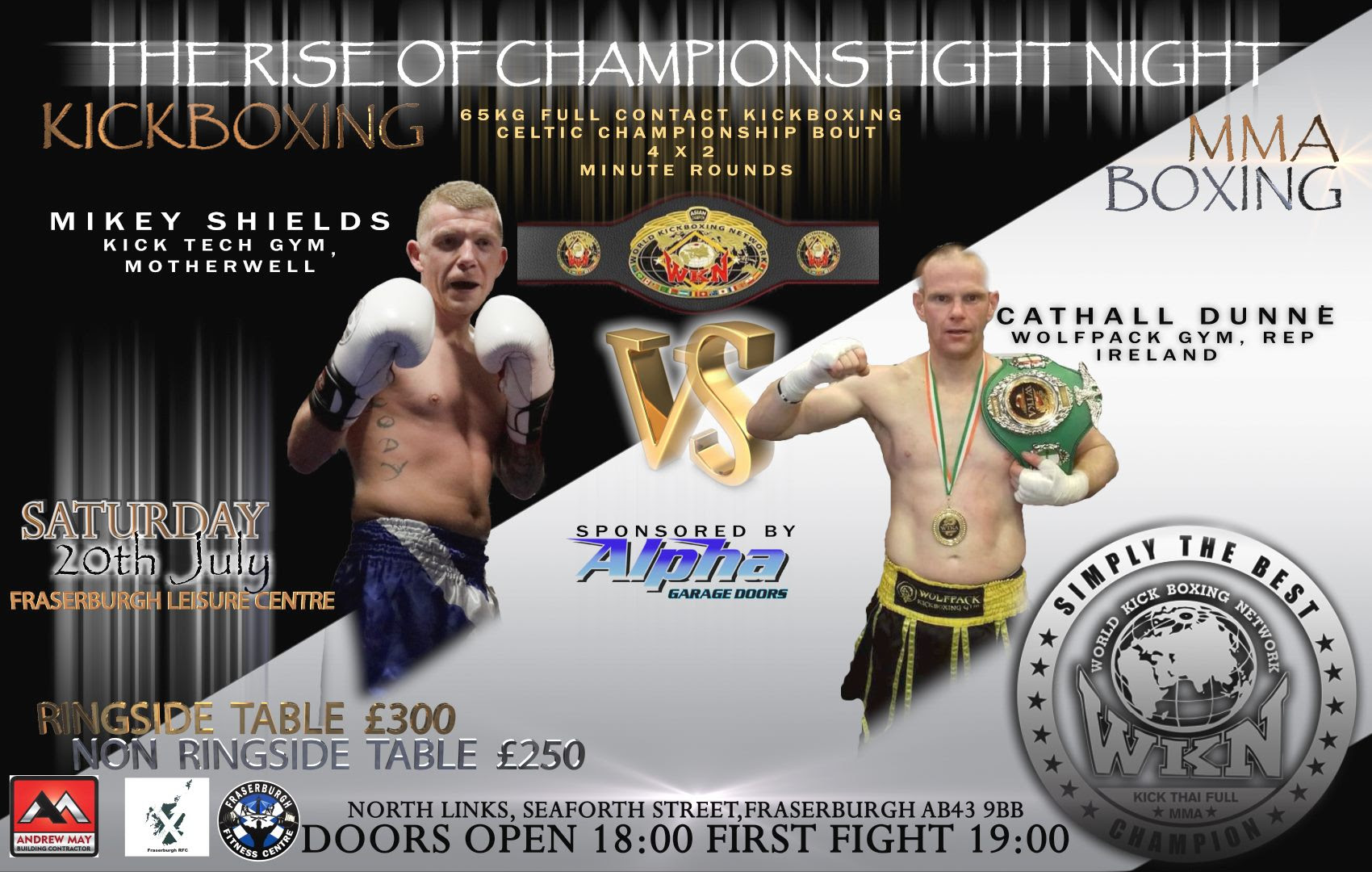 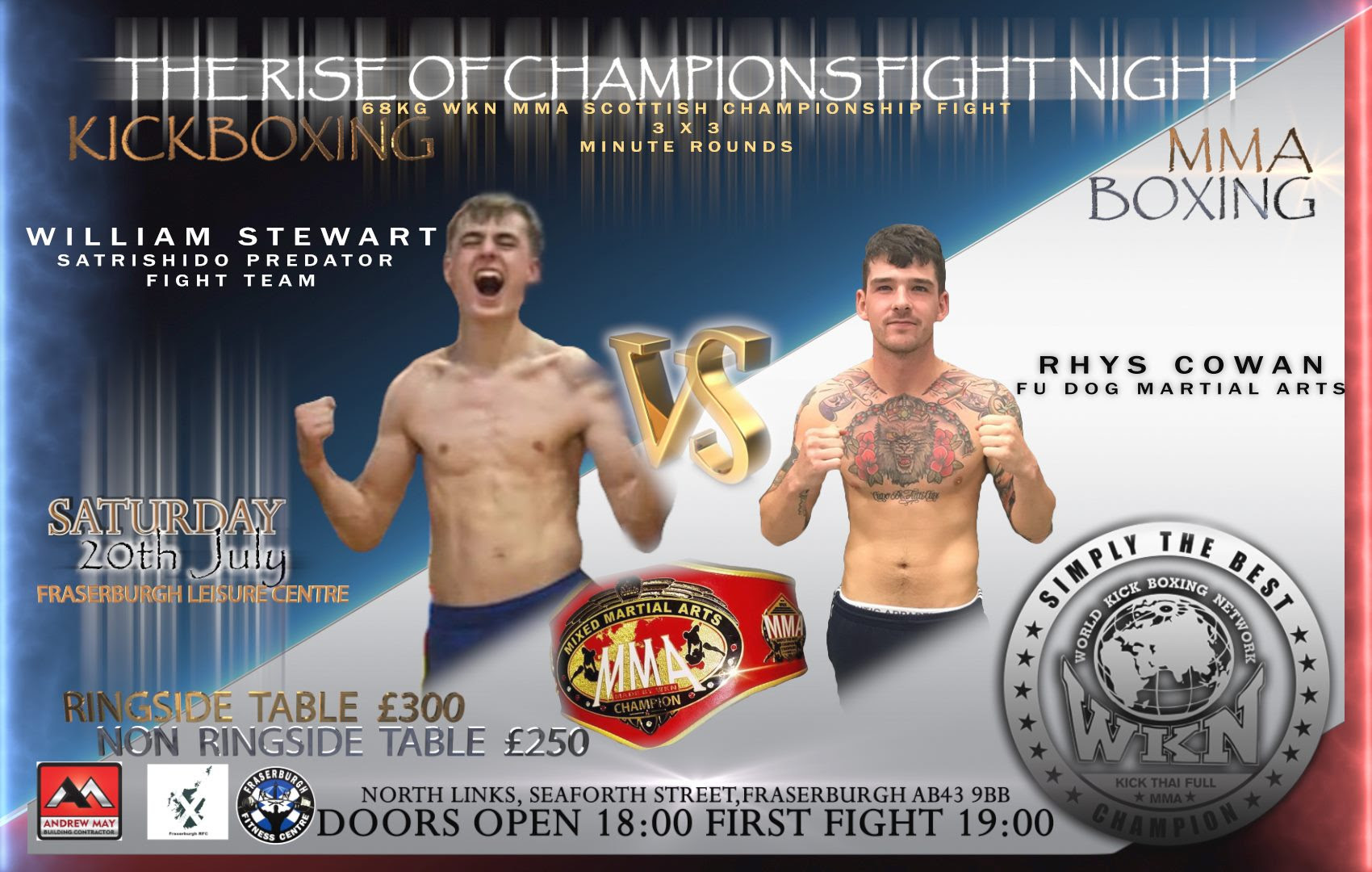