There has been a recent trend in fighters moving up in weight class to challenge heavier opposition, perhaps none more prominent than former Middleweight fighters moving up to the Light Heavyweight division. Dwelling fighters at Middleweight such as Anthony Smith and Thiago Santos moved up to the Light Heavyweight division and managed to snag off some top contenders along the Jan Blachowicz & Jimi Manuwa (Thiago Santos) and Shogun Rua, Alexander Gustafsson & Volkan Oezdemir (Anthony Smith). During this time both of these former Middleweights were able to fight UFC Pound for Pound Kingpin Jon Jones for the Light Heavyweight championship, both losing unanimous decisions, but the key point is that they weren’t contenders at Middleweight but found success in moving up. Former UFC Middleweight champion Luke Rockhold moved up to Light Heavyweight and like Thiago Santos he fought Jan Blachowicz but he wasn’t as fortunate as Santos was, instead of scoring the jaw dropping knockout it was actually Rockhold that got knocked out in highlight reel fashion, by once again not correcting his biggest flaw, his boxing defence. 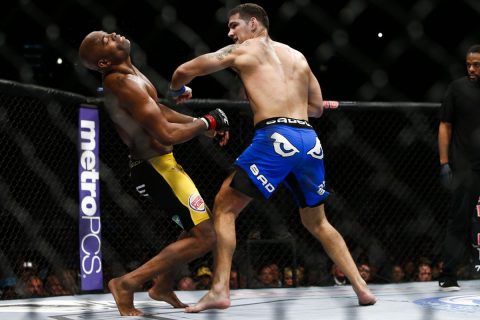 Weidman has a 78” reach, Reyes a 77” reach, Weidman at 6ft 2 and Reyes at 6ft 4. What makes this dangerous is Chris is 1-4 in his past 5 fights, all 4 losses coming by way of stoppage (TKO) and even in his one victory, he was dropped and nearly finished. Predicting how this goes is hard to tell because Weidman has slick takedown entries and has said for awhile he believes he’d excel at 205, with top coaches in Serra and Longo supporting this he is coming from a good camp and could easily defeat Reyes if the move up is good and he can utilise his wrestling. Ultimately though, Reyes made his debut a year and a half after Weidman had won the title, that could be seen as inexperienced, personally I view that as the younger, larger man with more momentum fighting a man desperate for one last run, unfortunately for Weidman I struggle to see him defeating the former NCAA Division I footballer. Reyes has athleticism, size, momentum and raw finishing power (8 out of 11 victories by finish).

This could be a victory for Weidman, I can’t see it though, I see Reyes winning by violent finish and facing Jones in 2020.