Lito Adiwang aims to make his ONE debut unforgettable

Lito “Thunder Kid” Adiwang was surprised to learn that he will make his ONE Championship main roster debut at the 100th live event special, ONE: CENTURY PART 1, on October 13.

His first appearance in the ONE Circle against Senzo Ikeda at the Ryōgoku Kokugikan in Tokyo is a result of all his hard work in Rich Franklin’s ONE Warrior Series. Adiwang earned a contract with ONE after competing in three matches where he was able to showcase his powerful strikes and highlight-reel knockouts.

The “Thunder Kid” will now be able to represent Team Lakay in the international stage, alongside ONE Strawweight World Champion Joshua Pacio, Eduard Folayang, Kevin Belingon, and Honorio Banario. He has also been looking forward to testing his skills against the talented strawweights in ONE.

“I’m so happy to make it to the big stage finally,” Adiwang said.

“I have worked so hard for this moment, and I feel blessed to have been given this opportunity. All those hours in the gym, the sacrifices, injuries, and setbacks are finally paying off. I can’t wait to perform among the best athletes in the world and with my teammates in Team Lakay.”

The Baguio City native shared he is worried that he may not be able to live up to the reputation of Team Lakay. But the support and encouragement he gets from his stablemates give him more confidence coming into the match. 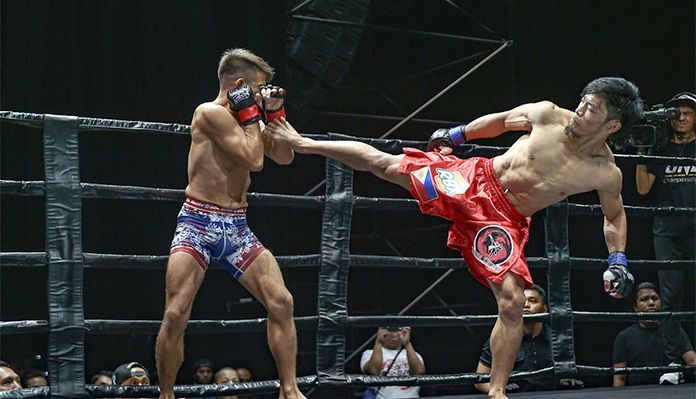 “I honestly feel nervous and excited at the same time,” Adiwang said.

“I never thought that my ONE debut would be in the grandest event of ONE Championship. With my five of my brothers being world champions, I think people will be expecting the same of me. There is that pressure, but I know that I am preparing well for my upcoming match. I also have the support of the team, so I am confident that I will do well.”

Adiwang may feel the pressure, but he wants to give his best performance to make his debut a memorable one.

“I will make sure that my debut would be unforgettable,” Adiwang concluded.

“I will bring everything that I have in this match, and I will make sure not to disappoint the people who have given me their support. This one is for us.”