by Liam Whaley
in UFC
0

Coming up this weekend in the action-packed world of MMA, the UFC heads to Sao Paulo, Brazil, for UFC Fight Night 164 headlined by Jacare Souza making his light-heavyweight debut on home territory against the #6 ranked, Jan Blachowicz.

The former Strikeforce middleweight champion, Jacare (26-7-1), will be looking to get back to winning ways following his unanimous decision defeat to Jack Hermansson back in April and prove he is still capable of challenging for a championship title in a higher weight class. He will be facing a very tough test in his welcome party, however, when he faces surging light-heavyweight contender, Jan Blachowicz (24-8).

Blachowicz is coming off a spectacular knockout win over Luke Rockhold at UFC 239, another former middleweight champion who made the move up and is hoping for a similar outcome when he walks into enemy territory this weekend and makes another huge statement in his quest for a title shot. On paper, this is a very interesting match up as both fighters are highly skilled Brazilian Jiu-Jitsu black belts who posses high-level striking abilities and bring an abundance of experience into the octagon. Both men are capable of finishing the fight in a number of different ways so it is difficult to see this fight going the distance, especially with it being a 5 round main event fight.

TALE OF THE TAPE

The co-main event of the card sees another exciting match up at 205lbs as Brazilian MMA legend and former UFC champion Mauricio ‘Shogun’ Rua (26-11), takes on Scottish contender ‘Bearjew’ Paul Craig (12-4), the former BAMMA light-heavyweight champion. This is a huge fight for the Scotsman who is coming off a brilliant submission victory back in September and is aiming to put the division on notice with a win over a UFC legend in his backyard and climb into the top 15. On the other hand, Shogun will be looking to put himself back in the title picture after almost a year-long lay off following his TKO victory over Tyson Pedro & prove he can still compete with the young contenders of the division. 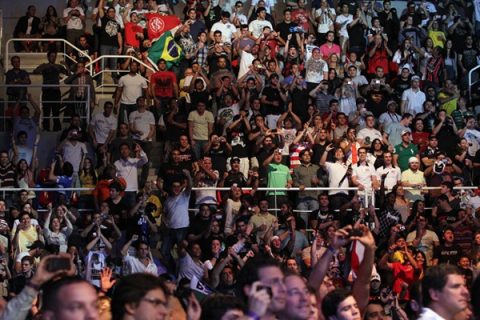