Max Holloway Vs Alexander Volkanovski: Who Are The Fighters

At UFC 245 Max Holloway and Alexander Volkanovski will be stepping into the octagon for their Featherweight title fight. 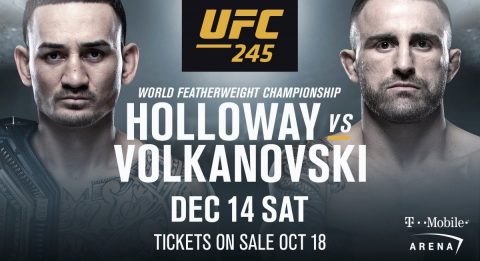 Max “Blessed” Holloway who is the UFC Featherweight champion has a professional MMA record of 21-4-0. Max has defeated some of the very best that the UFC has thrown at him including the likes of Jose Aldo and Anthony Pettis. Max is thought by some to be the very best of all time after he defeated Jose Aldo for a second time.

Max has had 4 losses during his time in the UFC 1 of them was at the hands of another fighter who many believe is also the greatest of all time the “Notorious One” Conor McGregor. Max has also suffered 2 defeated from the hands of Dustin Poirier and another loss to Dennis Bermudez back in 2013.

After Holloway lost to McGregor he went on a 13 fight winning streak on the way defeating the likes of Cub Swanson, Anthony Pettis and Jose Aldo twice.

If Max is to be victorious in this fight will we see him return to lightweight once again to try and capture the Lightweight title? 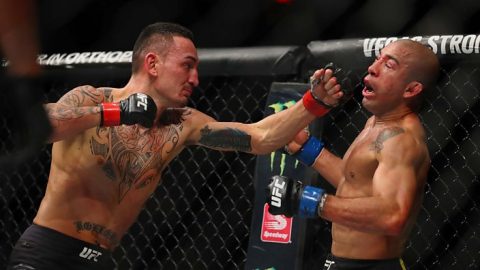 If Volkanovski was to be victorious at UFC 245 it seems he would cement himself in the UFC and he can start to build his own legacy just like his opponent stranding directly in front of him in the octagon.

Will Alexander defeat Max and start to build his own legacy after becoming champion or will Max add to his own legacy even further cementing his place among the UFC‘s all-time greatest?

ONE CHAMPIONSHIP: Zhang Chenglong On The Cusp of a World Title