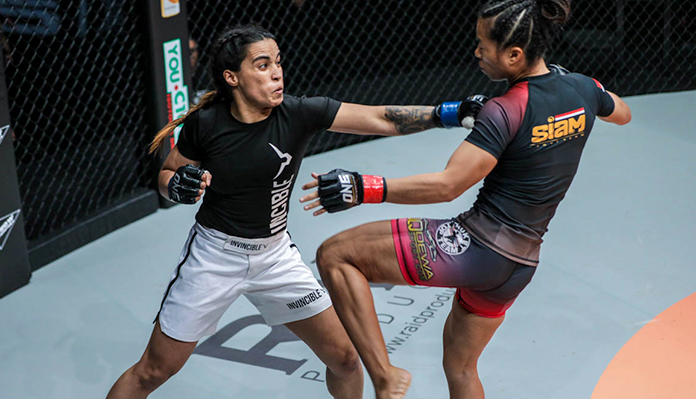 Puja “The Cyclone” Tomar has the opportunity to bring honor to India’s women’s mixed martial arts on 10 January.

The multiple-time Indian National Wushu Champion will be facing ONE Atomweight Kickboxing and Muay Thai World Champion Stamp Fairtex at ONE: A NEW TOMORROW at the Impact Arena in Thailand.

Stamp has had a great run in her mixed martial arts career so far, staying undefeated in her last three outings. Tomar, though, thinks that the Thai’s lack of experience will be her disadvantage.

“I have more experience than she does, and I think that will play a key factor in this fight,” Tomar said.

“I plan to use my knowledge and experience to my advantage and show her some looks that she has not seen before. I am going to make it tough for her as possible, and then hopefully come away with the victory.”

Tomar made her ONE debut in November 2017, when Tiffany Teo made her tap with an armbar in the last minute of the first round. Malaysia’s rising star Jihin Radzuan was the next athlete to submit her with a triangle choke.

“The Cyclone” finally got her first win when she got the majority vote from the judges against Priscilla Hertati Lumban Gaol.

Defeating the two-division champion Stamp Fairtex would be a massive victory for her and her country. 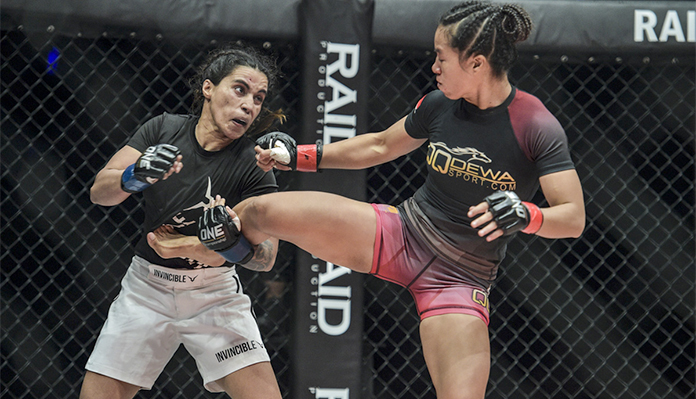 “This is no doubt the biggest fight of my career up to this point,” Tomar said.

“There is a lot of pressure to perform well here, but I am working very hard in training so I can give a good showing.”

The 22-year-old Stamp has steadily climbed the women’s atomweight ranks in 2019. In the wake of her quest for a world title in a third sport are Rashi Shinde, Asha Roka, and Bi Nguyen.

“I was very happy and excited when they called me up to offer the bout against Stamp Fairtex,” Tomar said.

“She is a two-sport World Champion in ONE Championship, and one of Asia’s biggest names in martial arts. 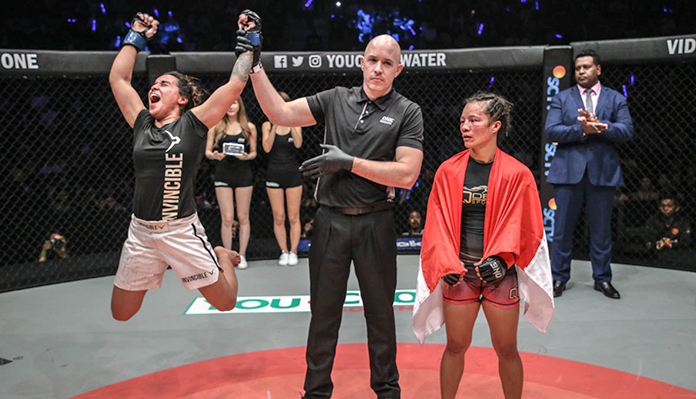 “It is an honor to test my skills against her. I am looking forward to an intense battle.”

Tomar wishes to showcase her skills as an Indian mixed martial artist to the world, and in the process inspire the women back home to take up the sport as well.

“For me, nothing is bigger than ONE Championship,” she said.

“On a global scale, ONE is watched by millions of people around the world, and competing here has just been a dream. It is definitely a privilege I take very seriously.

“Furthermore, I am very much inspired by ONE Vice President Miesha Tate, a legend in women’s mixed martial arts and one of my idols. She is such an amazing athlete and an incredible person.”