by MMA UK
in ONE Championship
0

With each passing day, young Thai superstar Stamp Fairtex is adapting to the game of mixed martial arts.

The reigning ONE Atomweight Kickboxing and Muay Thai World Champion will have her fourth mixed martial arts bout with ONE Championship on 10 January when she faces Puja Tomar at ONE: A NEW TOMORROW in Bangkok, Thailand.

Stamp remains undefeated in her quest for a third sport’s world title.

“When it comes to mixed martial arts, I am beginning to feel more comfortable,” Fairtex said.

“I am getting used to the style, the competition and being in the Circle. This will be my fourth time competing in mixed martial arts. I think I have improved my takedown defense the most.” 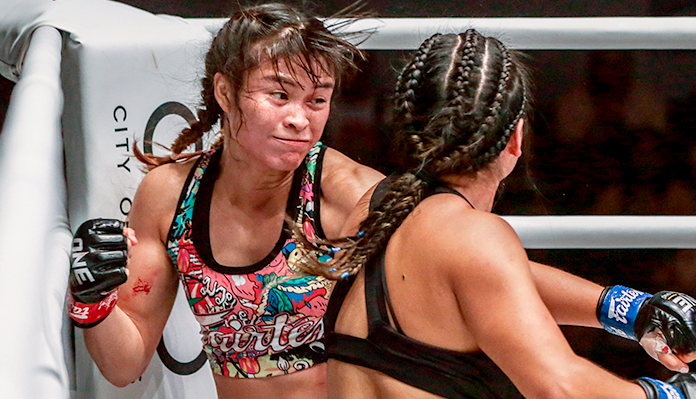 Stamp won all her four bouts in 2019 with ONE Championship. Years of practicing Muay Thai has sharpened her striking skills, but that alone is not enough for her to stand toe-to-toe with the reigning ONE Women’s Atomweight World Champion.

“I still need to get better,” she said.

“I need to improve my ground game and get stronger because (reigning ONE Women’s Atomweight World Champion) Angela Lee is good all-around.”

Stamp recently shared the ONE Circle with Bi Nguyen last November. The bout went the distance for three whole rounds in an action-packed match before Stamp eventually won behind a unanimous decision — her first mixed martial arts bout that went to the judges’ scorecards. 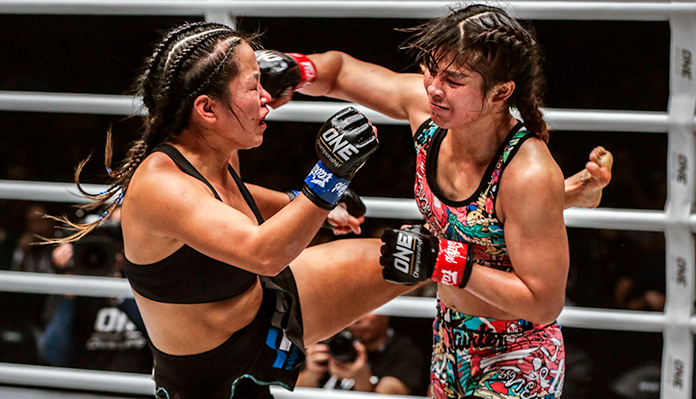 “I am really happy about the result,” she said.

“‘Killer Bee’ is an accomplished wrestler. She tried to take me down the whole bout. I think my size helped me defend the takedowns. I have learned to defend takedowns. It was the most times I have had to defend them.

“My stand-up game is really good. It is strong, but my ground game still needs a lot of work.”

Since Stamp made her debut with ONE back in October of 2018, she has captured both world titles in the women’s ONE Super Series division. With no new divisions left to conquer, she decided to venture into mixed martial arts.

Stamp is currently focused on her immediate opponent, but she is also looking into the possibility of challenging former ONE Women’s Atomweight World Title challenger Mei Yamaguchi. She believes a bout against one of the top title contenders will measure her skills before facing Lee.

“Maybe after two more bouts, I would like to face Mei Yamaguchi,” Fairtex concluded.

“Mei is very strong and her wrestling is very good. I think if I fight her, I will progress and grow, and I will be able to see where my weaknesses are.”