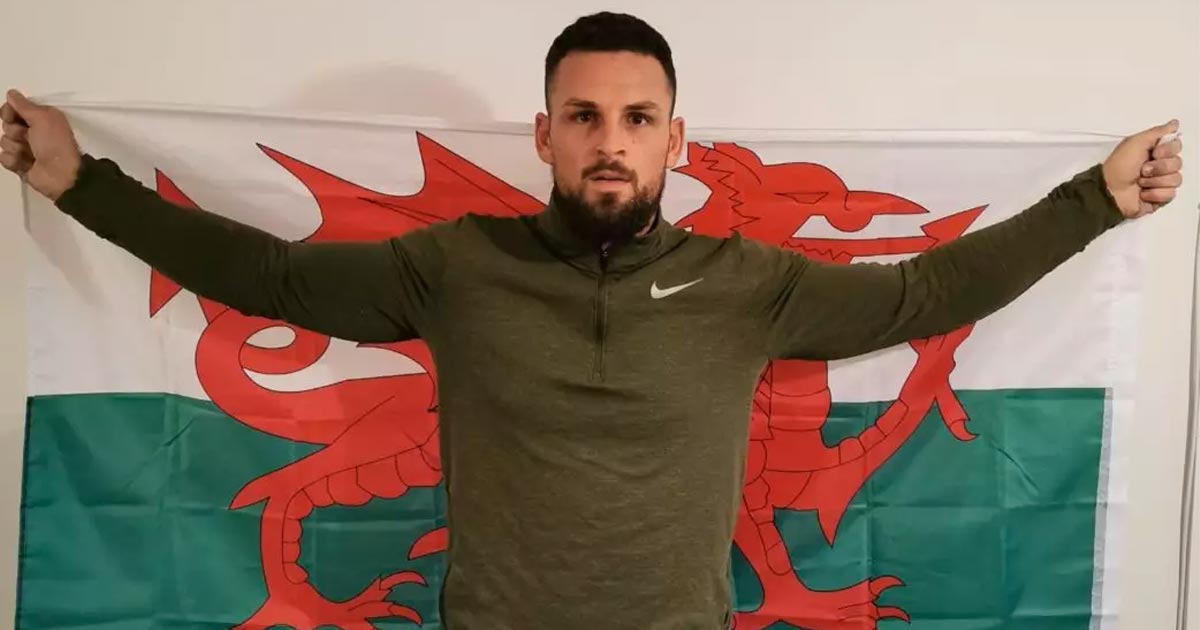 Is Wales a fighting nation? Part 2: Rugby or fighting with Daniel Smith

With your typical Welsh Male background of rugby and football, Dan took an interest in MMA and fought twice under the Ultra-MMA charity banner before committing to training regular at CF24, under the watchful eye of Dino Gambatesa.

We talked about his past, his present and his future, in my bid to uncover the question, is Wales a fighting nation, or a rugby nation?

Glenn – Dan, hows things, it’s been a while?

Dan – Yes it has. I’m good mate. Gutted about my debut being postponed but obviously everyone’s health is more important.

Glenn – Yea it’s awful but for the best. You did a full fight camp, ready for your full unified debut on Cage Warriors Academy, how has camp gone and what difference is there to training for Ultra-White Collar MMA?

Dan – It’s been a good camp. But it’s a much higher level, higher intensity and the level of teammate is so much better. But I really enjoyed it. I’ve trained a number of different disciplines and I’ve learnt so much.

Glenn – that’s god to hear. It’s only going to improve you as a fighter. With Covid-19 looming, how hard was it training with the uncertainty of knowing if you’re actually going to fight?

Dan – I was worried. I knew there was a risk of it being cancelled, but I had to believe it was going ahead. I had to train like it was and stay focused.

Glenn – It must have been hard. Now, let’s talk about your background, you were a keen rugby player, why the switch?

Dan – Well I played a lot of football as a youngster growing up. I enjoyed my rugby but more the physical side of things while playing in the centre. I drifted away from rugby then met my wife. We went on to have 3 children but I just never got back into the sport.

I always enjoyed boxing, and more recently MMA. I think MMA is becoming a global sport and really interested me. I was looking for something to get me back into training as I stopped challenging myself, I saw an advert for Ultra MMA so decided to sign up. Now it led me to here.

Glenn – I remember playing a few games with you myself. So do you think the rule change had anything to do with the switch or was it more of a change in lifestyle?

Dan – I think it was more of a lifestyle change predominantly, but I still watch rugby and I think the way the rules are, and the way I played, I’d spend more time in the sin bin than on the field.

Glenn- Yes same for me. Rugby is what made us tough though I feel. Coronavirus out the way, you could potentially make your debut on Budo in April, tell us more about that.

Dan – Yes again really excited to be on budo. I came into MMA late, so really want to get as many fights in as I can and push myself. see where I’m at and keep learning.

Glenn – That’s the right attitude. What are your goals in the next 2 years?

Dan – as I said it’s really trying to get as much time in the cage as possible,  climb the roster on both budo and cage warriors then who knows?

Glenn – The middleweight division is in a good place at the moment,  we look forward to seeing you fight. So in a nutshell, is Wales a rugby nation or a fighting one?

Dan – Thanks, Glenn. I’d say we are still a proud rugby country, but fighting is catching up.

I’d like to thank all my coaches at CF24 for helping me in every way and also to my sponsors. Who can be found on my Facebook and Instagram.

So after my first interview, I conclude we are a  tough nation, but still yet to find a link in the reason why people are switching. We wish Dan and his team all the best as they prepare for upcoming fights, while I carry on, searching for answers.