Here is a ranking of the fighters that have had the most success after their time in Cage Warriors. Would you change anything? Let us know in the comments.

by Craig Lee
in Cage Warriors
1

Here is a ranking of the fighters that have had the most success after their time in Cage Warriors. Would you change anything? Let us know in the comments.

After winning all seven of his Cage Warriors’ encounters, Jack Hermansson continued to look unbeatable as he stepped foot in the UFC, back in 2016. The crowd-pleasing Swede likes to put on a show and it is rare he gets to hear the judges’ scorecards. He now boasts seven wins in the UFC, including names such as David Branch, Thales Leites, and UFC legend Ronaldo “Jacare” Souza. A loss to Jared Cannonier last year was an unexpected setback and with the pandemic seeing his May bout with Chris Weidman cancelled, Hermansson now faces a seemingly tougher test against Kelvin Gastelum next week. A win will be sure to fire him back up towards the top of the middleweight rankings. 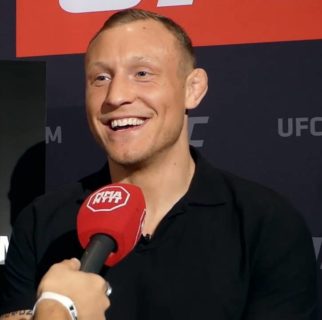 Daley’s first pro fight was in 2003, so you’re right to feel like he has been around forever. Early on in his career, he won two fights in Cage Warriors. These wins set him up on a journey to fights with Nick Diaz, Tyron Woodley and Rory Macdonald, as well as, wins over Jorge Masvidal and Lorenz Larkin. The fateful decision to cheap shot Josh Koscheck after their fight in 2010 resulted in UFC President Dana White stating that “He will never fight in the UFC again.”  Daley has continued to challenge at the top in rival promotion Bellator.

Former Cage Warriors’ middleweight Gegard Mousasi has fought some of the division’s top names in the UFC and Bellator. Huge wins over Thiago Santos, Uriah Hall, Chris Weidman, and Vitor Belfort saw “The Armenian Assassin” make huge waves in the top promotion. Mousasi looked certain to become the next UFC middleweight champion of the world. The number four ranked contender jumped ship to Bellator after he claimed the UFC could not make him an adequate deal. Mousasi won the Bellator middleweight championship from Rafael Carvalho. He defended it against Rory McDonald before losing the title to Rafael Lovato Jr. in June last year. Mousasi bounced back with a win over MMA legend Lyoto Machida via split decision last September. 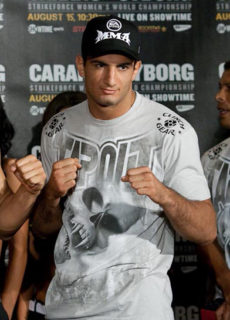 When Dan Hardy lost his first fight in 2004, I am sure “The Outlaw” would not believe the heights he would go on to reach. The Nottingham born fighter would have 14 fights in Cage Warriors and would win nearly all of them. His never say die attitude captured the imagination of most MMA fans and it wasn’t long before he was catapulted into the spotlight against many people’s GOAT: GSP. The loss that night set off a four-fight losing streak for Hardy, who now admits the GSP fight came a little too soon for him. Hardy ended his UFC career 5-4, managing to get back to winning ways against Duane Ludwig at UFC 146. A heart problem brought about his early retirement soon after. After becoming a successful commentator and analyst for the UFC, Hardy stated in 2018 that he had been medically clear to fight again, giving all fans hope that we will one day see him back at the dance. 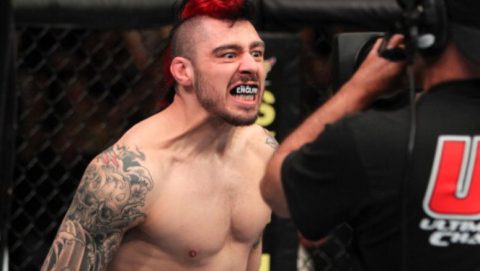 It may not be the easiest name to spell (I had to cross-check it eight times) but it was on the lips of many throughout her rampant three-year tear through the UFC women’s strawweight division. Joanna’s successful outing in Cage Warriors came on June 7th, 2014, with a knockout win over Rosi Sexton. She would be on her first UFC undercard just over one month later. Joanna would go on to win the UFC strawweight championship in 2015 and successfully defend it five times, making her one of the most decorated women’s MMA fighters of all time. Hitting a brick wall in Rose Namajunas in 2017, Joanna has struggled to get back her consistency in the “W” column since. She was a recent participant in what many claim to be the best women’s fight of all time, against Zhang Weili (four spelling cross-checks). Joanna seemingly won back the fans who had turned their back on her after she tapped to strikes against Rose, despite the fact she lost the fight. I don’t doubt that we will see Joanna back in there with Zhang before the end of the year.

The first and only British UFC champion. Michael Bisping was a showman. His charisma, heart, endurance, and toughness encapsulated the meaning of the word champion. Beating all four of his Cage Warriors’ opponents, Michael would soon appear on (and win) the Ultimate Fighter 3. Bisping would go on to fight a who’s who of the UFC light-heavyweight and middleweight divisions. GSP, Dan Henderson, Vitor Belfort, Wanderlei Silver, Rashad Evans, Matt Hamill, the list goes on. It is no secret that the highlight of “The Count’s” career came when he knocked out Luke Rockhold in the first round of their championship fight in California. Bisping had just two weeks to prepare after he replaced Chris Weidman, who pulled out through injury. Back-to-back losses to GSP and Kelvin Gastelum saw the veteran call it quits on his fighting career. Fears had grown over his sight, with Bisping having very poor vision after a head kick from Vitor Belfort had detached his retina some years earlier. Now a film star, podcaster, commentator, analyst, TV show host, and author (kind of), Bisping has carved out a fantastic career for himself in MMA and beyond. 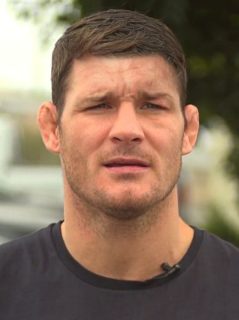 Like it or not, “The Notorious” Conor McGregor is the richest and most famous MMA fighter of all time. Behind the bravado lies a genuine talent for the game and Conor has displayed his knowledge and skill time after time against the very best. McGregor lost his Cage Warriors debut by submission to now fellow UFC fighter Joseph Duffy. After that, it was win after win for the Dublin native. His Cage Warriors’ career finished 4-1 but his UFC career had just begun. Max Holloway, Dustin Poirier, Chad Mendes, Jose Aldo, Eddie Alvarez all fell to McGregor. His two fights with Nate Diaz have now become the stuff of UFC legend and his loss to Khabib Nurmagomedov set the record for UFC PPV buys. His one match as a boxer grossed $500 million, with him and Floyd Mayweather putting on the highest-grossing fight in boxing history. Conor’s antics outside of the fight world have been rightly condemned by many (including the man himself). After making light work of Donald Cerrone, Conor would decide to “retire” for the third time. I am sure we will hear news of Conor’s next fight in the next month or so. 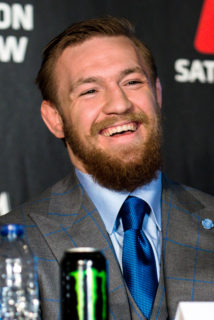