Paddy Pimblett – “After I lost that last fight, I cried myself to sleep at night for about a week or two”

Paddy “The Baddy” Pimblett decided to become a fighter at the age of 15. He watched a UFC event and then went for a run. It all sounds pretty normal until you think that UFC events usually finish at around 5 am in the UK. The card that night had started a fire inside the young Liverpudlian’s head.

A month later, Pimblett would begin training at the now famous Next Generation MMA gym in Liverpool. I travelled there before lockdown to speak with Paddy about the ups and downs of his MMA career and to find what lead to the social media post you see above. 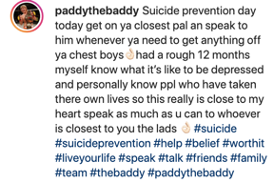 It wasn’t long after he started training that his hobby had turned into his job when his coach Paul Rimmer encouraged him to turn professional. As fantastic as it was for the young fighter, it meant that his main hobby had been taken away and that he would have to now dedicate his life to MMA. It was a jump that he was not immediately able to make. Intense weight cuts were almost unimaginably tough but Paddy “The Baddy” was also struggling to leave his old party lifestyle behind too, “I was out every weekend. I would go out on Saturday, get in, have a few hours kip, go out on Sunday, get in at like six in the morning and then I’d have two hours kip and come to the gym”.

Paddy won his first three professional fights before being signed to the UK’s biggest MMA promotion: Cage Warriors, who’s alumni include ‘The Notorious” Conor McGregor and the UFC’s only ever English champion: Michael ‘The Count’ Bisping. He won his first fight there but would lose his second in just 35 seconds. The loss did not have the huge impact I thought it would have on Paddy’s mindset, “In MMA there’s too many ways for you to lose, that you can’t not lose…it was probably the best thing to happen to me. I was going into fights just thinking I’d smoke people, it was probably a good thing, as I ended up training harder”. In all honesty, this is not the response I expected from Paddy and I wonder whether asking the same question to the 18-year-old (as he was at the time) would have gained the same response, either way, it was very gracious and commendable.

His record did appear to back up his claims though, as he won his next seven fights. He was then awarded a shot at the featherweight championship of the world, which he also won. It was not long before he was being compared to superstar Conor McGregor, who had carried the same title just four years prior and had just completed his mega-money rematch with Nate Diaz. The comparisons were not shared in the mind of Pimblett, “We’re nothing alike, he’s arrogant; I’m not. He’s stuck up his own hoop; I’m not. I liked him, especially because he came from Cage Warriors but then he just believed his own hype and went a bit too far”.

I had so far been unable to find what it was that was affecting Paddy. I decided to ask him straight about why he felt the need to post what he did. His reply was tragic, “I know two people that have killed themselves. One was two years older than me 25 or 26, Jay was my age or the year below. Two people hung themselves.” I replied asking Paddy whether he had ever felt that low himself and he said something that concerned me deeply, “Yes we have all had thoughts like that. I don’t know anyone that hasn’t. I’ve felt like that over the last 12 months, plenty of times. After I lost that last fight, I cried myself to sleep at night for about a week or two…I’d walk out of my mate’s house and I’d just be sitting there thinking about it for hours and I’d just walk out and start crying with my hood up. Walking back to ours with my head down…If it wasn’t for everyone in here [referring to the gym] I don’t know where I’d be now”.

Seeing a different side to “The Baddy” spurned me to ask more questions, such as the impact of the very public struggle of fellow fighter Tyson Fury, “It’s nice to hear other people say it, because you know you’re not the only one then… It’s different for men, they [women] talk, we can’t. We feel mentally weak if we go and speak to someone…It shouldn’t be like that. It really shouldn’t.” I was also interested to know whether he felt any more pressure being a fighter and he explained that people think that he’s a “hard case” that is never going to feel such low emotions, “And I do, everyone’s got the same type of brain, we’ve all got the same chemical functions that goes through our heads. Just because someone’s a fighter, it doesn’t mean that they don’t think in the same way as you, everyone thinks the same.”

Paddy went on further to explain more about his Twitter spat with former footballer and boxer Curtis Woodhouse, “People think that it’s a taboo thing. People think it shouldn’t be spoken about. Like Woodhouse saying to people to just get out of bed and go for a walk and get over it. It’s not that simple.

“People use drugs, people use other stuff to get their focus off it and that doesn’t help. People think you can distract yourself from it but nothing switches your brain off, it’s always there. The only way you can sort it is by getting it off your chest and speaking to someone about it”.

When I spoke to him, he had not fought in Cage Warriors for over 12 months due to a wrist injury but Paddy was still very positive about his future in the sport. He managed to make short work of his opponent upon his return in March in an empty stadium. It was the last event Cage Warriors put on before they took an unplanned break as a result of the pandemic.

Being out of the cage had clearly taken an impact on him at the time, “I want to be the best MMA fighter of all time. The best there is, was and there ever will be…I’ve done this since I was 16 and fighting pro since I was 17. This is what I’ve got. This is me. I’ll be honest, if I could never fight again, I don’t know whether I’d be able to carry on”.

Hopefully, we will see Paddy back in action when Cage Warriors returns for their Trilogy Series over the 25th, 26th, and 27th of September. His successful return to the cage has hopefully lifted some of his stresses and this interview should remind people that fighters can be just as emotionally fragile as any other person. We hope to catch up with Paddy in the near future and wish him all the best.

Anyone struggling with mental health can visit: https://www.mind.org.uk/ for help. Please do not be afraid to talk about your problems. 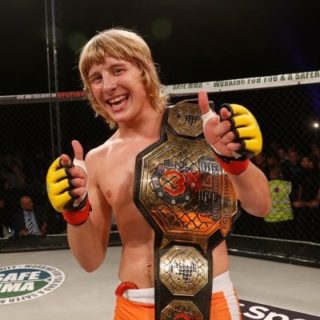