2020 has been a year like no other; both for the MMA world, as well as the entire planet as a whole. The sight of some of the world’s biggest athletes competing in the eerie silence of an empty arena was too far-fetched to even fathom a mere six months ago. Now, however, it is the new norm, and it’s sometimes hard to imagine a time when twenty-thousand will once again pour carefree into their seats, inches away from complete strangers. But, I digress. When we put the global pandemic to the side for a minute, one repeating storyline has been more prevalent to me than any other this year: The derailing of the hype train. Every so often, a young talent emerges as if from nowhere and captures the minds of the MMA world in ways their peers could only dream of. Whether it’s highlight reel knockouts, or an indescribable charisma, by the time these fighters are merely dipping their pinky toe into the deep waters of the UFC, fans and journalists are already daydreaming about their championship future. And sometimes, in those rare McGregor-like cases, all that hype pays off. Not this year though. 2020 has been many things, but above all, it has been the year the hype died.

I suppose there’s no better place to start with examples than “Sugar” Sean O’Malley. The soundcloud rapper-looking prospect had more buzz than anybody in 2020, and it wasn’t hard to see why. Effortlessly cool with incredible first-round KOs that would catch the eye of any casual fan, the “Sugar Show” was dubbed almost as a psychedelic experience, one that so many wanted to partake in that the unranked O’Malley reportedly made $25,000 in jersey sales. Hype is a powerful thing, isn’t it? You all know how it ended though, and that’s with a floppy foot and a thunderous elbow from Marlon “Chito” Vera. Similarly devastating was the first roadblock in Edmen Shahbazyan’s journey to becoming the youngest UFC champ ever. The Rousey-protégé hadn’t faced much in the way of adversity before Derek Brunson outlasted him until he crumbled just seconds into the third round. Oh, did I say youngest UFC champ ever? That sounds an awful lot like the destiny many had anointed upon Maycee “The Future” Barber. That is until Roxanne Modaferri reminded her that “The Future” cannot skip past the present. And remember that time Johnny Walker did the worm and everyone said he was the one to beat Jon Jones? You see where I’m going with this. 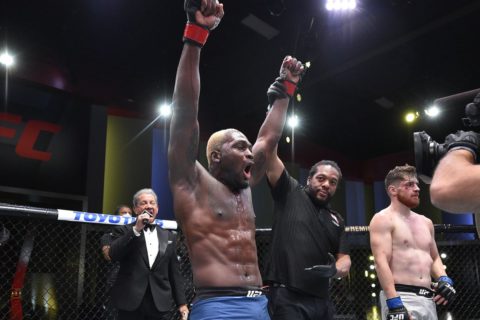 It’s almost as if a curse was placed upon all burgeoning talents to ensure that the hype train they were riding went off the tracks and burst into flames. However, I think this is where our treatment of these athletes becomes unfair, and why we shouldn’t be so hasty to exit the train at the next stop. Strip back all the excitement and media buzz and you’ll remember that these are MMA fighters just the same, and even the best MMA fighters sometimes lose. I won’t bore you with examples of all-time greats that lost some of their early fights, but trust me, there are tonnes. However, when these hyped-up new talents are rushed onto such a high pedestal so fast, the minute they don’t meet our impossible expectations, we immediately wash our hands of them, write them off as ‘all hype,’ and laugh as they fall. A good dose of schadenfreude, as haters across the globe rush to their keyboards to rub salt into Sean O’Malley’s limp foot. I, for one, think it’s time that we see these defeats simply as the unavoidable learning curves in any athlete’s career. It seems so silly to throw in the towel on Chase Hooper just because he lost a fight to a guy with more fights than Hooper has years of being alive. And so a 22-year-old Shahbazyan got bested by a perennial contender. So what? Now we get to see how these fighters bounce back from their setbacks, and history tells us that these redemption stories can be just as defining in an athlete’s career as those incredible highs we hope for.

If you can’t take comfort in all I’ve just said, here’s the other silver lining to these crushing losses. We’ll call it: The Masvidal Effect. I’m fairly certain I don’t need to recap the story of Jorge Masvidal v Ben Askren, as you have probably seen that 5-second fight 10,000 times by now. All we need to focus on is the fact that everyone expected the undefeated Askren to win, and the second Masvidal’s knee collided with Ben Askren’s head, “Gamebred” was a superstar. And while not everyone that pulls an upset on a burning hot talent can board that same rocket ship to the stars that Masvidal did, they can at least springboard up the ladder. I was unfamiliar with Shana Dobson prior to her cashing in and destroying Mariya Agapova this past weekend. But now three days later, you can colour me and many others intrigued. And I already knew that “Chito” Vera was not to be trifled with, but after seeing him break the hearts of O’Malley fans everywhere, I wouldn’t mind seeing the no-nonsense Ecuadorian tangled up against the likes of Jose Aldo or Frankie Edgar, would you?

Sure, these surprising losses can be damaging to one’s star, but some of that stardust is bound to rub off on the one that halted that momentum, and just like that, there’s an exciting new player in the division. So I say, get excited about these parade-rainers, and look forward to the fun they can ruin next. And as for the parades themselves? Give them the same chances to grow and develop that you would any other fighter. Just because they hit their head on the ceiling on their way up, doesn’t mean they can’t bust through on their second try. 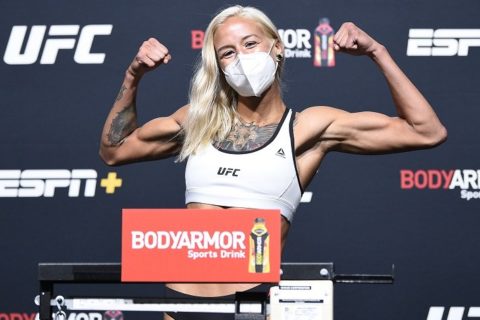