With the recent news of Kamaru Usman needing more time and not being able to compete at UFC 256 in December the welterweight championship bout between him and Gilbert Burns has been called off. With this, the UFC is stuck and now without a main event, should the UFC move the fight too early next year? Should Burns fight another contender for the number one contender spot or fight someone for the interim title until Usman is ready? Or should the UFC set up a new main event? Here are the top five possibilities: 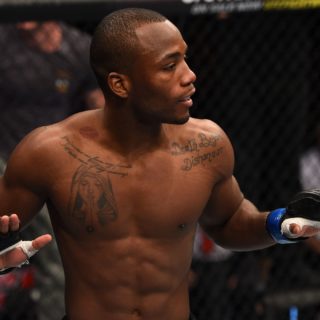 The first fighter to respond to this news was England’s own top 5 welterweight Leon Edwards who feels like he should be the one fighting Usman for the title NOT Gilbert Burns and he made his feelings clear when he posted his reaction to the news on Twitter:

“December 12th title fight has been postponed. #UFC265 needs a main event! @GilbertDurinho you little tree stump, you have nowhere to run now! Let’s see who the REAL number one contender is!”

Leon Edwards was supposed to fight Tyron Woodley in march until it was suspended and eventually scrapped due to the pandemic, Gilbert Burns stayed active and earned himself a shot at Woodley beating him by unanimous decision, therefore, earning him the title shot. This fight is something that I would personally want to see as it would determine without doubt the number one contender for the welterweight title. This fight is a feud dating back years as the two former friends and training partners have both stated the urge to fight one another after many backs and forth’s over social media. Masvidal lost a decision to Kamaru Usman back in July with Covington also coming up short due to strikes in the fifth round to the champion. This is a fight everyone wants to see and would set up a rematch with Usman for one of the contenders but they would have to wait for Gilbert Burns as Dana White has made it clear that the Brazilian is next in line. Colby made a statement of wanting to fight Masvidal as he screamed his name after defeating Tyron Woodley last month and stated in his interview after the fight that “Masvidal is NEXT”. I hope this fight comes together if not in December then early next year. 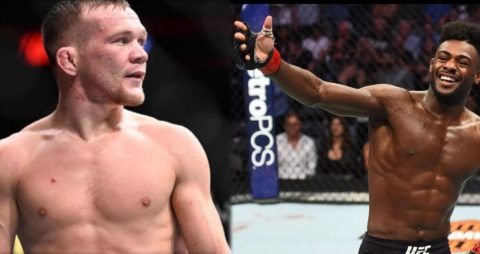 The bantamweight championship hasn’t been defended since July when Petr Yan captured the title by defeating Jose Aldo at UFC 251. Dana White has stated that Aljamain Sterling will most likely be the next to receive the shot at the newly crowned champions title, this fight is also something that both fighters want after yet again trading blows on social media. Sterling tweeted yesterday:

“I’m free that day. @PetrYanUFC what do you have planned?”

To which Yan replied:

“I heard UFC have different plans, hold up is not from my side. You should be worried @funkmasterMMA”

This is another fight that the fans want to see as the two have been going back and forth all year and it certainly makes for an entertaining fight. Yan is unbeaten on a seven-fight winning streak in the UFC whilst Sterling is riding a five-fight win streak of his own.

The pair have had two very close fights with Volkanovski defeating Holloway to clinch the featherweight title at UFC 245 back in December of last year in a very close fight. Following that they had a rematch in July this year at UFC 251 with Volkanovski defeating Holloway again this time by a controversial split decision in which some had the fight going in Holloway’s favour. Volkanovski has stated that he feels he doesn’t need to fight Holloway again as he has already beaten him twice, however, a lot of people including Dana White feel that Holloway deserves another shot as the longtime Featherweight champion felt like he won the last fight. With Brian Ortega taking The Korean Zombie and Zabit Magomedsharipov fighting Yair Rodriguez all the other contenders at featherweight are tied up so the trilogy fight makes sense. 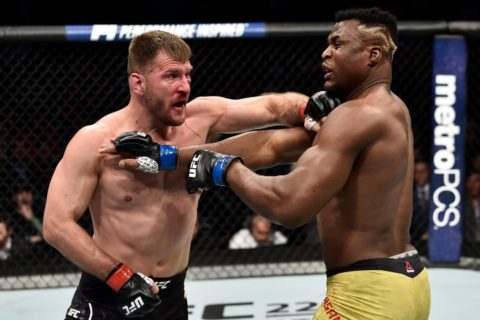 The number one fight to make is the heavyweight championship of the world with potentially the biggest rematch of the heavyweight divisions’ history. Stipe Miocic put the Daniel Cormier chapter behind him in August when he defeated him for the second time by unanimous decision. Whilst Miocic and Cormier fought out their trilogy for the heavyweight title Francis Ngannou has been busy fighting his way back to the top and has done so in devastating fashion. Since his decision loss to the champion Ngannou is on a four-fight win streak knocking out Curtis Blaydes, Junior Dos Santos, Cain Velasquez and Jairzinho Rozenstruik all in the very first round. He has waited patiently for his title shot allowing Miocic and Cormier to fight out their trilogy but now its time for him to take his second crack at the champion and this would be a great way to end the year for the UFC.

‘THE TRILOGY STRIKES BACK’: Cage Warriors return in December for 3 back-to-back shows